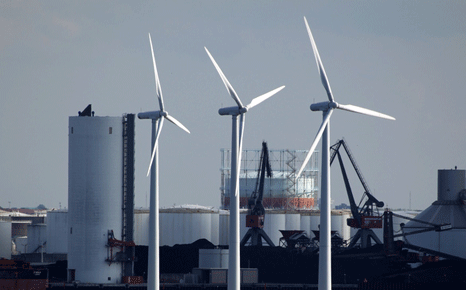 Alerting investors to the long term risks of backing fossil fuels must be central to any strategy aimed at addressing climate change, says the new head of the Carbon Tracker Initiative.

Anthony Hobley, who was confirmed as the financial think-tank’s first CEO earlier yesterday, warns that too few people still understand the long term risks of  investments in oil, gas and coal.

Carbon Tracker pioneered the concept of a ‘Carbon Bubble‘, representing fossil fuel reserves worth $6trn that cannot be used if the world is to seriously deal with climate change, and are therefore worthless.

“What’s really excited me about Carbon Tracker is that they’ve come up with a way of making the risks of [climate change] relevant to investors now [and put] the carbon budget concept into a language that investors understand,” said Hobley.

“We can now have a very sensible grown up conversation with financial regulators. We can say to them this is a major systemic risk. It would make the last financial crisis look like a tea party.”

Demand for energy is likely to increase substantially in the next two decades. Under the International Energy Agencies most climate friendly policy scenario the use of coal, oil and gas will rise until at least 2020.

The UN’s latest major climate science study, published in September, warned there is a finite level of carbon emissions the atmosphere can take before dangerous global warming becomes irreversible.

And despite the coal industry’s latest tirade against climate change policymaking, its huge contribution to greenhouse gas levels means it is likely to be hit hardest by any concerted attempt to slow the growth in emissions.

“We’re seeing a lot of signs of coal being in decline. I think it’s dawning on everybody that they’ve got to make this transition, coal being the most dangerous carbon intensive fossil fuel by far,” says Hobley, adding: “I think equity in pure coal companies will become defunct.”

There are signs of growing awareness among shareholders that climate risks needs to be included in business plans.

In August a report revealed fund managers worth $14 trillion believe climate change influences investments, while in October, a coalition of 70 investors worth $3 trillion sent letters to 45 companies across the US and Europe to encourage them to assess the financial risks that global warming poses to their business.

They asked companies to examine ‘what options there are to manage these risks by, for example, reducing the carbon intensity of its assets, divesting its most carbon intensive assets’.

This comes on the back of a global divestment campaign that is drawing support from religious groups, universities and even Washington DC’s city council.

But while there’s evidence of progress, Hobley stresses that at the heart of the Carbon Tracker Initiative lies a clear message to governments: the transition to a low carbon economy needs planning.

He adds: “Either is not very pretty.”