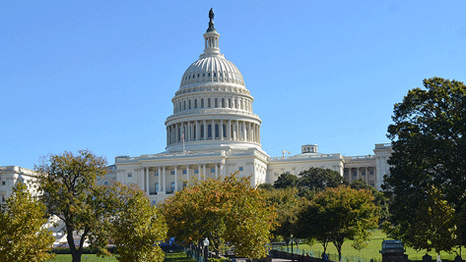 Washington DC’s city council is under pressure to ditch its holdings in the fossil fuel industry, after a divestment bill was debated by the city’s authorities this week.

The bill, which would become the Fossil Fuel Divestment Act of 2013 if passed, was brought to the Council’s committee meeting on Tuesday.

It calls for the city to direct its Health Annuity Trust and retirement fund away from fossil fuels. As of June 2012, this included investments of US$ 24.5million in ExxonMobil and $12.7million in Chevron Corp, two of the world’s biggest oil companies.

“The District, as the nation’s capital, has a special role to play as a model of forward-thinking governance. I introduced this bill because it’s important that DC show leadership on climate change – an issue fundamental to our future,” says Phil Mendelson, DC Council Chairman.

“Taking public funds out of fossil fuels companies is an important message and a step in the right direction.”

There were 36 supporters present at the meeting, including climate scientists and financial experts, who testified in favour of the bill.

Over 20 cities and towns across the US – and one in the Netherlands – have already made divestment commitments. Matt Grason, one of the co-founders of the DC Divest campaign, says that convincing the US capital to give up its fossil fuel investments could have a big influence.

“It’s our hope that it sends a signal, it has a higher profile and gets more attention and shows that the nation’s capital is concerned about climate change,” he told RTCC.

He predicts that the bill could become law within six to 12 months if it is approved by both the Council and the Mayor.

Passing any bill in Washington DC poses an additional challenge. The city is uniquely required to gain the approval of Congress for any Act it passes.

“Congress might refuse it because they want to make a point,” says Grason.

“There’s congressmen who want to make a symbolic action of saying we shouldn’t do this. I think that would only raise the profile of the issue, which is something that I think would help raise awareness of the need to combat climate change.”