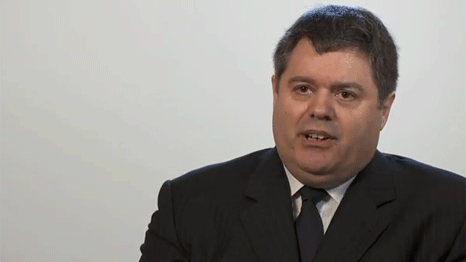 The head of the World Coal Association (WCA) has accused UN climate chief Christiana Figueres of ‘ignoring reality’, following her call to the coal industry to invest in more efficient technologies.

In an interview World Coal chief executive Milton Catelin told RTCC that Figueres’ lack of expertise in the mining and energy sectors meant she “misses some of the fundamentals about the energy sector”.

He was responding to a speech Figueres made to a ‘Climate and Coal Summit’ on the sidelines of UN negotiations in Warsaw two weeks ago, where she told the audience that “coal must change rapidly and dramatically for everyone’s sake.”

Figueres called for the closure of all low-efficiency subcritical plants, a roll out of carbon capture and storage (CCS) technology and a collective decision to leave most coal reserves in the ground.

The UN climate chief was heavily criticised by green groups for attending the gathering, but her message does not seem to have gone down well with the coal investors and representatives inside.

Catelin equated Figueres’ call for the closure of older coal power stations to telling her home country of Costa Rica it could no longer have access to electricity: “to suggest that you can close all subcritical [coal-fired] plants tomorrow totally ignores reality,” he said.

“She comes from a perspective where the only challenge in the world today is global warming,” he said. “I think what we say is there’s more than one challenge – other things are almost as important or equally important, such as global poverty and the need to maintain economic development.”

Meanwhile, he said, moves by Poland, Australia and Canada to push back against ambitious climate policies, reflected a “wall of reality”.

“We’re not denying there are negative aspects from the burning of coal, but the figures people talk about in terms of deaths from coal burning, you have to weigh those against what are the benefits of coal burning,” he said.

The future of coal is a contentious issue. It offers cheap energy but is hugely polluting, and is the largest single contributor to global warming.

According to the International Energy Agency, 43% of all CO2 emissions from fuel combustion were produced by coal in 2010, a figure that is expected to rise between now and 2035.

Health concerns over burning coal are also rising. A recent study found that the pollution linked to coal use resulted in up to 115,000 premature deaths in India in 2011, with another study pointing to an extra 22,300 deaths across Europe.

And while the industry is growing, it is also feeling the squeeze from key sources of finance. In the past 12 months the USA, UK, World Bank and European Investment Bank have all announced plans to reduce or withdraw funding for new coal plants.

In a statement released on the same day as Figueres’ address to the industry, a group of 27 scientists from across the world said that only power plants equipped with technology to capture and safely store greenhouse gas emissions would enable coal to become part of a low-carbon future.

Yet access to cheap energy remains elusive for parts of the planet. According to IEA data from 2009, only 75% of people in developing countries have access to electricity, a figure that drops to 42% in Africa.

Catelin argues the role of coal in offering a cheaper solution to national requirements cannot be ignored, deriding UN efforts to double the share of renewable energy in the global energy mix as “the politics of the warm inner glow”.

“The west feels good about itself by saying we’ll give you five hours [of energy] a day but it won’t solve your poverty problem – it’ll just make us feel good that we’re doing something about it,” he added.

And he says Figueres’ address at the World Coal meeting needs to be the start of a longer and deeper engagement, if a proposed global emissions reduction treaty set to be signed in 2015 will work.

“We think you shouldn’t set targets until you know how you’re going to get there, otherwise they’re just meaningless pieces of rhetoric,” he said

“We think they should sit down and talk to major sectors involved in greenhouse gas emissions and talk to them about how to get there. You can set any target you want, but what’s the point of setting a target that gives you a warm inner glow but doesn’t achieve what you want to achieve?”