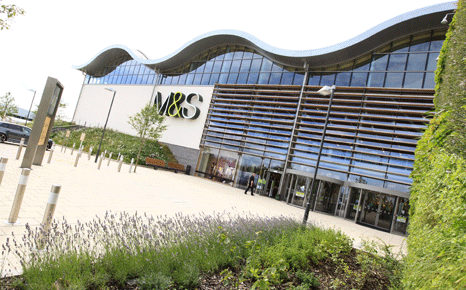 For the second year in a row, retailer Marks and Spencer has topped Carbon Clear’s ranking of the carbon performance of the FTSE 100.

This is the third year that UK-based carbon management firm Carbon Clear has undertaken the research, examining the extent and depth of FTSE 100 companies’ carbon measurement and reporting practices, ranking companies based on a well-developed scoring matrix.

“The fact that a carbon footprint must now be included in the annual reports of publicly listed companies reminds us of the continued importance of a successful carbon programme,” Mark Chadwick, chief executive of Carbon Clear said.

“Companies will not be able to hide poor disclosure performance and we believe that the best practice identified through our research signposts the way to better reporting.” 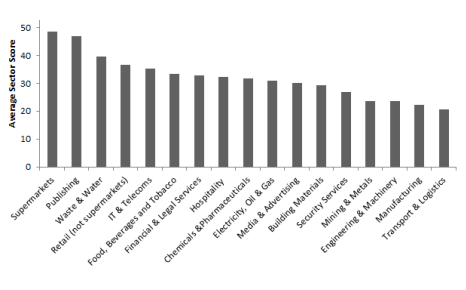 This week, the government legislated that approximately 1000 UK listed firms will be required to annually report on their greenhouse gas emissions.

Currently only 52 companies in the FTSE100 include their carbon footprint in their annual report.

However, campaigners have argued, particularly with regards to the finance sector, that these rules do not require banks to tell the public about emissions from the dirty energy projects they finance.

This is demonstrated by the popularity of investor-led indices such as the CDP, the FTSE4Good and the Dow Jones Sustainability Index.

Many companies have matured beyond implementing energy saving technology and are now exploring other initiatives to reduce their emissions.

Sainsbury’s buys 4% of its electricity directly from renewable sources, with plans to increase to 20% by 2020. The retailer has now installed 100,000 solar panels at over 200 of its stores around the country confirming its place as Europe’s leading solar operator.

“We believe that using green energy and introducing proven and next-generation renewable technologies is fundamental to the long-term sustainability of our business,” Paul Crewe, Sainsbury’s head of engineering, sustainability, energy and environment, told RTCC.

“Even though we’re continuing to grow floor space (around 25% over the past four years) the use of these technologies is helping to reduce our energy use (by over 9%), lower our energy bills, and reduce our operational carbon emissions (an absolute reduction of 6% since 2007/8).”