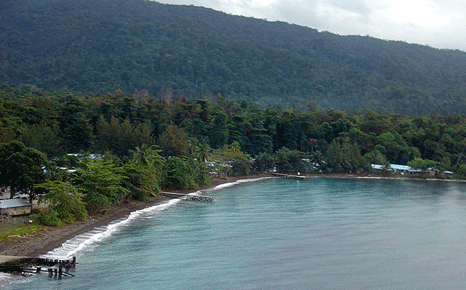 UK banks have lent more money for Indonesian coal than banks from any other country since 2009 according to a new report by the World Development Movement (WDM).

Campaign group WDM is calling for new carbon regulations to force banks and pension funds to make public the details of their fossil fuel investments.

WDM also demands the Financial Conduct Authority (FCA) reforms the listing criteria for the London Stock Exchange so that companies with poor social, environmental and climate records are unable to list.

“Here as in so many fossil fuel projects across the world, the invisible hand of UK finance is at work. We have to stop our banks pouring billions into dirty energy that fuels climate change and ruins local people’s environments and livelihoods. And we have to stop destructive fossil fuel companies accessing UK investors’ money by listing on the London Stock Exchange.”

Indonesia is the world’s largest archipelago and the fourth most populous country (after China, India and the US). It is home to some of the world’s last great rainforests on the islands of Borneo, Sumatra and New Guinea, but it is also home to large reserves of gold, tin, copper and bauxite as well as coal, oil and gas.

The report claims that 83% of coal produced in Indonesia’s top coal province on the island of Borneo is mined by companies part-financed by UK banks.

Indonesia currently exports about 77% cent of its coal, mostly to other East Asian countries but Europe’s share of Indonesian coal exports has fallen from 14.9% in 2006 to around 5% in 2011.

According to the findings in the report, Barclays has loaned £127 million to Bumi Resources, owner of Indonesia’s biggest coal mine.

Barclays, alongside Standard Chartered, RBS and Lloyds have offered a total of £6.3 billion since 2009 to London-listed mining giant BHP Billiton.

Standard Chartered, the UK’s second biggest bank, has lent more than any other bank in the world.

The WDM had produced a report recently about RBS’ loans to fossil fuel companies saying the state-owned bank’s true carbon emissions were revealed to be 18 times the total emissions of Scotland.

In the current report it quotes RBS as saying that in 2012, 68% of its ‘structured lending’ to the energy sector was to renewable projects.

“This may be true, but this kind of lending typically accounts for only a tiny fraction of a bank’s overall investments, making this less significant than it appears at first glance,” says the report.

An RBS spokesperson told RTCC it was committed to reducing its level of fossil fuel funding.

“RBS takes the issue of climate change extremely seriously and we undertake detailed research on the potential environmental and social impacts of the companies and projects we lend to,” the said.

“Our overall lending to the coal, oil and gas industries has fallen by more than half since 2008. And, over the last two years we have lent more than any other UK bank to wind, solar, hydro and biomass projects”. 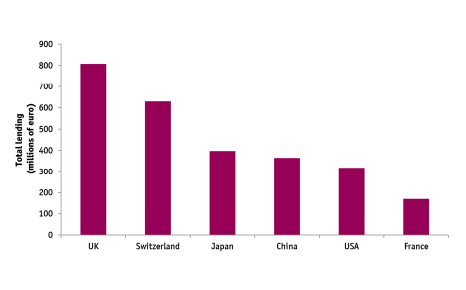 Bank transactions are coming under increased scrutiny. Pressure is also mounting on the European Bank for Reconstruction and Development to agree to tighter regulations on its funding of new coal power plants.

The WDM report says some banks cite job creation as a benefit to coal projects, but the report notes that the two cities with the highest concentration of mining concessions in Indonesia – Samarinda and Kutai Kertanegara – are also among the top three in terms of unemployment in the province of East Kalimantan.

“If mining has created jobs in these areas, it hasn’t helped them achieve a lower unemployment rate than non-mining areas,” is says.

The report also claims the UK government has been complicit in helping to form relationships between the country’s banks and coal mining companies.

“There is also involvement at government level – the UK has been engaged in a charm offensive centred on the Indonesian president, Susilo Babang Yudhuyono, to secure UK investment in Indonesian natural resources. In November 2012, Yudhuyono visited the UK and signed a £7.5 billion deal to expand BP’s Tanguuh project in Papua, a deal Prime Minister David Cameron is said to have been ‘delighted’ about.”

The report said: “If we are to avoid a global temperature rise of six degrees, we must move away from fossil fuels. Banks must make that move with us.”

“Home to hundreds of ethnic groups, vast expanses of rainforest and a breathtaking diversity of flora and fauna, Indonesia has much invaluable natural heritage to protect.

“Urgent action needs to be taken in the UK to ensure that the livelihoods of people living within the 735,358 square miles of the southeast Asian archipelago are not ruined by the actions of a few people working within the single square mile of the City of London.”