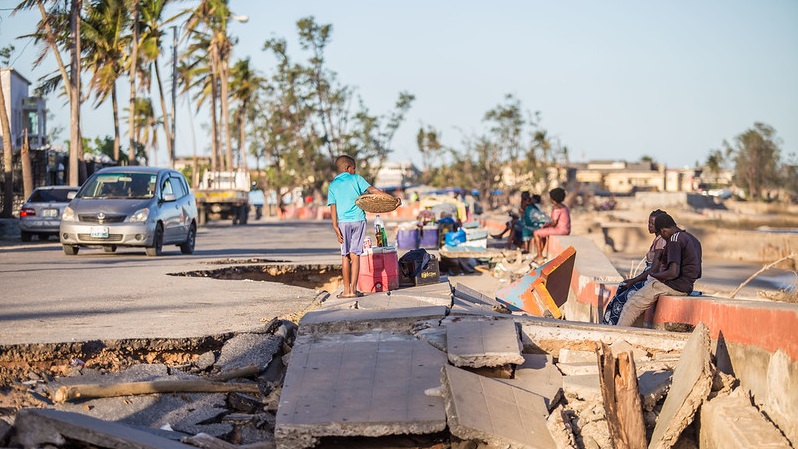 The World Bank is considering making climate action more central to its mission, according to a draft “evolution roadmap” drawn up by bank staff.

The 20-page document, dated 18 December and seen by Climate Home, says the bank will “broaden” beyond its current “twin goals” of ending extreme poverty and boosting shared prosperity.

Its new mission “will emphasize the importance of sustainability and resilience to reflect more clearly that our mission includes global public goods (GPGs), such as climate change”.

It suggests changing rules so the bank lends more of its money, switching focus from the world’s poorest countries to more polluting middle-income ones and factoring climate vulnerability into its borrowing criteria.

Why was this roadmap drawn up?

The World Bank Group committed $88 billion in the 2022 fiscal year, of which it classed $31.7bn (36%) as climate finance. It has not excluded fossil fuels from its portfolio and provided $1.7bn to oil and gas sector in 2021.

The bank was set up after the second world war and its traditional mission has been to tackle extreme poverty and promote economic growth. It is based in the USA and the US government is its biggest shareholder.

In recent years, the prime minister of Barbados Mia Mottley has led a push to reform the bank and the International Monetary Fund to integrate climate considerations in their goals.

Last year, the US, Germany and other governments backed this agenda, calling on the bank to launch “fundamental reform”.

“Too little, too slow”

“It sets out the right destination,” he said, “but I don’t think it’s a roadmap to getting there” as it is “too little, too slow” and “too close to business as usual”.

He said that the roadmap spends too much energy defending the bank’s current climate policies to the governments that make up the bank’s shareholders.

A group of UN-appointed experts recently advised that multilateral development banks like the World Bank need to triple their climate finance within the next five years.

This criticism was echoed by NRDC climate finance analyst Joe Thwaites. He told Climate Home: “It’s a disappointing combination of navel gazing and finger pointing. Rather than grapple with the ambitious reforms needed to confront the unprecedented crises the world faces, they’re trying to kick the issue into the bureaucratic long grass. Shareholders shouldn’t stand for this.”

The bank’s president David Malpass has been under fire from environmentalists after casting doubt on climate science last year.

Persaud said “people would love to blame the head” but “it’s not easy for any institution to reform itself”. He said governments should be drawing up the roadmap and leading the reforms not the bank itself.

National governments have pushed recently to change the rules of multilateral lenders like the World Bank to release more money.

The bank’s roadmap partly endorses this, proposing “further optimising the balance sheet” and a “review of [the World Bank-linked International Bank for Reconstruction and Development’s] minimum equity-to-loan ratio to assess feasibility for a moderate reduction to enhance the efficiency of capital utilization”.

However, it says the bank will try and keep its AAA credit rating. This rating is set by rating agencies and allows the bank to borrow money cheaply. The bank fears lending out too much money could endanger this rating.

Persaud agreed that the bank should not reduce its AAA-rating but added “the experts are saying that there is a tremendous amount of additional lending that is possible without reducing the AAA rating”. He said the bank’s proposals were “too tentative”.

As it aims to tackle extreme poverty, the bank has traditionally focussed on the world’s poorest countries.

The document says: “A focus on global challenges might also require revisiting the emphasis on income per capita… as countries with higher income per capita.. .are essential partners to achieve progress on [global public goods] (e.g., on carbon emissions).”

To encourage emissions reductions in middle-income countries, the roadmap proposes scaling up the global public good fund of the International Bank for Reconstruction and Development, the World Bank’s lending arm.

Middle income countries like China could access climate finance through this. But wealthy governments are likely to need to contribute more to it so that it can be scaled up.

Whether a country is eligible for World Bank finance is judged partly on how much it needs the funds. This is currently evaluated on how poor the country is.

The roadmap proposes measuring needs partly on vulnerability to the impacts of climate change.

This would make it easier for climate-threatened nations which aren’t among the world’s poorest, like the Maldives, to access World Bank funds.

But where will the money come from?

The World Bank gets its money by borrowing on the international capital markets. It can do so very cheaply because lots of governments back it.

But the money it got from governments in 2018 has not allowed it to borrow enough to deal with all the global crises since then.

These include, the roadmap says, the Covid-19 pandemic, Russia’s invasion of Ukraine and the climate crisis.

As a result, the document predicts, World Bank support will start to fall in the July 2023 to July 2024 fiscal year.

The bank “will need substantial additional financial capacity to respond to a more ambitious, updated mission”.

This will require a “concerted effort” by the bank’s management and the governments which make up its shareholders.

The roadmap has been sent to shareholders and will be presented to the board of governors in the coming weeks.

The bank’s management will then report to its development committee at the World Bank spring meeting and then prepare a paper for endorsement at its autumn meeting.