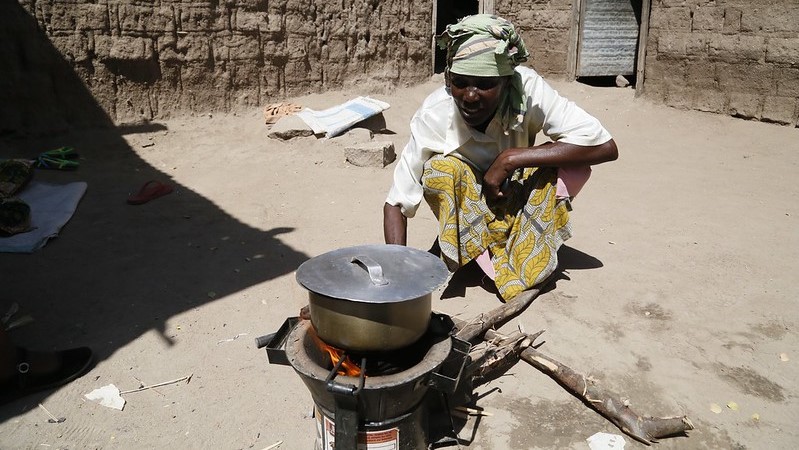 Carbon trading rules under negotiation at Cop27 climate talks could open the door to corporate greenwashing, experts have warned.

As a growing number of companies set net zero goals, the UN is working to establish standards and best practices. That means cutting their own emissions with minimal reliance on carbon offsets, a taskforce led by Catherine McKenna recommends.

But as talks in Sharm el-Sheikh entered their final scheduled day, the latest draft text allowed for double claiming under the Paris Agreement. That means a company can buy credit for an emission reduction that is also being counted by a country towards its climate goals. It would support US climate envoy John Kerry’s push for corporations to plug gaps in climate finance.

A broad coalition of developed and developing countries oppose the proposal. “This would be really bad. It has to go,” one negotiator told Climate Home News.

“This is largely about whether the claims companies are making are truthful or not,” Gilles Dufrasne of Carbon Market Watch, told Climate Home.

Negotiators outlined a broad framework for establishing a new global carbon trading scheme at Cop26 last year. Now they are filling in the details.

In Glasgow, countries agreed there would be no double counting: if one country buys an emission credit from another to use towards its target, the host country needs to make an accounting adjustment. This also applies to international compliance markets such as aviation’s trading scheme Corsia.

But the Sharm el-Sheikh talks could create a second-tier market for carbon credits. Called “mitigation contributions”, these would be used by private companies towards their climate goals, without any accounting tweak.

In that case, both the host country where the carbon-cutting project is located and the company paying for it could claim the same emission reduction.

“Calling these credits a ‘contribution’ is “an important signal,” said Williams. It implies they should not be used by companies to count towards a target but only as a way to fund climate action.

If they are used by the private sector as offsets, “we might kid ourselves we’ve achieved net zero when we haven’t by any stretch,” he said.

Small island developing states and an alliance of Latin American and Caribbean nations are among those pushing for tighter rules.

Switzerland, which is relying on the carbon market set up under the Paris Agreement to meet its 2030 climate targets, has called for restricting the use of these “mitigation contributions” so they cannot be used as offsets by private companies.

The European nation proposed to rename them “unadjusted contributions” to make them unattractive for businesses to buy.

Republican gains quash hopes of US delivering on climate finance

What a company can claim when it buys an carbon credit is a key question for the credibility of the market.

Allowing a company to claim an offset already being used by a country is “corporate greenwashing,” Argentinian campaigner Catalina Gonda, of the Environment and Natural Resources Foundation (Farn), told Climate Home.

The Voluntary Carbon Market Integrity (VCMI) initiative is due to publish recommendations on this in late 2022/early 2023.

An outcome which rules out double claiming would send the voluntary market a strong signal, Gonda said.

Hugh Salway, head of environmental markets at Gold Standard which verifies carbon credits, told Climate Home there is a role in the market for credits which don’t carry an accounting adjustment. “But how they are being used is the big issue,” he said.

These credits could be bought by companies to comply with a domestic carbon trading scheme to accelerate national emission cuts, for example. But Gold Standard advises companies against claiming offsets that are already being used by a country.

Separately, countries including European nations have raised concerned that a proposal for an oversight mechanism for countries bilaterally trading credits lacks enforcement capabilities and transparency.

The draft text includes a clause which allows countries to designate as “confidential” any information about the credit they are trading, making it more difficult to expose irregularities.

Gonda said the current proposal would render any oversight “toothless” and impede accountability. “It will be the wild west,” she said.