Brazil’s president-elect got a hero’s welcome at Cop27, where he met with climate envoys from the US and China 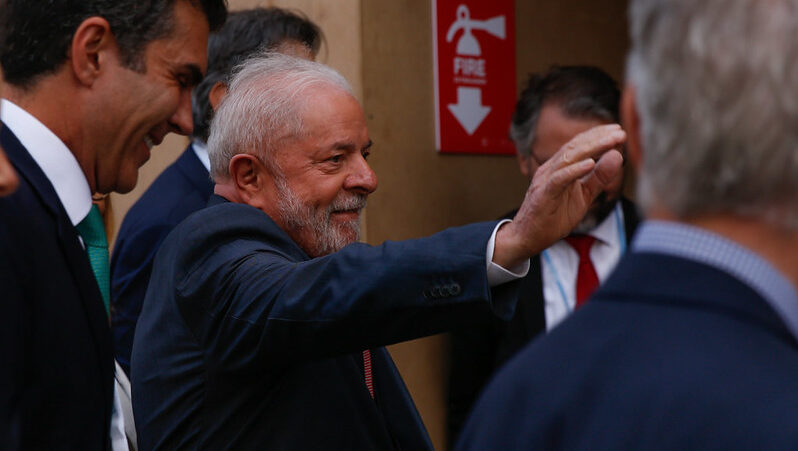 Brazil’s president-elect, Lula da Silva, walked into the Cop27 venue to chants of his name and “olé olé olé”.

Behind security barriers, hundreds packed the Blue Zone pavilion where he was giving his first speech at the summit. One indigenous woman Facetimed a relative in Brazil: “Can you see him? Can you believe he’s right there?” she shouted over the phone.

“Brazil is leaving the cocoon where it was for the past four years,” he said in his first public appearance in Sharm el-Sheikh, Egypt, on Wednesday. He started the previous evening, meeting with climate envoys from China and the US.

Lula even announced a bid to bring Cop30 to the Amazon, in the state of Amazonas or Pará. It is the turn of a Latin American country to host in 2026. “People who defend the climate should know closely what is that region,” he said.

How much he can live up to the task is yet to be seen. He has no majority in Congress and inflation is driving the country to the brink of recession. He admitted high expectations “scare” him in an interview with The New Yorker.

Still, the fate of the Amazon rainforest depends in great part on Lula. The world’s biggest rainforest basin is at a tipping point.

Recent studies found that, over the last decade, the Amazon started to emit more carbon than it absorbs through photosynthesis. This is mainly as a result of rainforest clearance for cattle ranches and soy plantations.

In a previous term as president 2003-10, Lula cracked down on deforestation. Since then, the leftist politician has spent time in prison before dramatically resurrecting his reputation.

Four years ago, Lula was jailed in federal police headquarters in the state of Curitiba, charged with corruption and money laundering. The Supreme Court revoked his sentence, judging it biased by political opponents. Now, he’s back at UN climate talks having won a tight election against Bolsonaro.

“We have certainty that [Lula] will protect the indigenous territories, and that he will have a ministry for indigenous people. That is a relief for us,” said Thiago Yawanawá, an indigenous activist from the Amazonian state of Acre, while waiting for Lula’s speech.

Other biomes could also benefit from a Lula presidency, said Shirley Krenak, an indigenous leader from the state of Minas Gerais. “We are very hopeful with the new president. It was with Lula that we had more opportunities for dialogue,” she added.

Lula’s approach goes further. Marina Silva, a lawmaker tipped for the environment ministry, said the government does not want “an isolated protection only in Brazil. We want protection in all mega-forested countries.”

Two days earlier, at a G20 leaders summit, Brazil signed a pact with Indonesia and the Democratic Republic of the Congo to tackle deforestation.

DRC vice-minister Eve Bazaiba hinted on Twitter this should inspire rich countries to deliver finance “proportional to the ecosystem services given to mankind”.

Contributors to the Amazon Fund froze payments during Bolsonaro’s term – but were quick to congratulate Lula on his win.

A legislative package that would allow farmers to claim rainforest land is ready to vote in the Senate and could pass before Bolsonaro’s term ends.

Brazil can only protect the Amazon with consistent policies over time, the head of the Global Environmental Facility Carlos Manuel Rodríguez told Climate Home.

Silva, on her part, said she’s aware of the challenge ahead. On one hand, inflation is driving the country towards a difficult economic situation. On the other, the Brazilian Institute of Environment and Renewable Resources saw a recent 24% slash in its budget.

In the past, under Lula, Brazil was able to drastically reduce forest loss with its own resources, said Tasso Azevedo, former chief of the Brazilian Forest Service. The new government now has the experience to do it again, he said.

“A lot of things can be done with the right political decisions. Once they start to have results, it’s kind of easy to push for funds.”