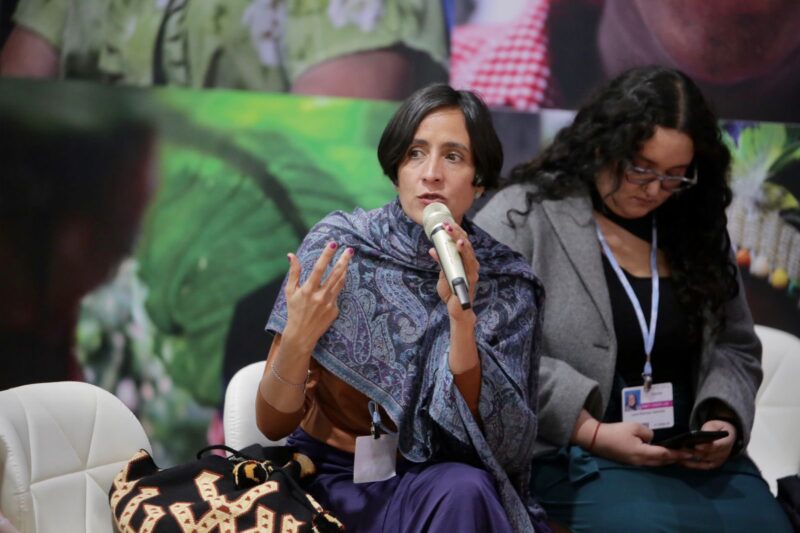 High debt, climate impacts and financial needs are drawing Latin American countries closer together at Cop27 in Sharm el-Sheikh, with some calling for a joint negotiating bloc at climate talks.

Historically, in climate talks, Latin America has been divided into two negotiating groups: the right-leaning Ailac countries and the left-wing Alba bloc. Brazil, the region’s biggest country, negotiates on its own. In other international talks, the region sticks together.

The Community of Latin American and Caribbean States (Celac) — which excludes Brazil — issued a joint statement at Cop27 calling for, among other things, the need for “a greater mobilization of financial resources from developed countries”, sovereign bonds and debt swaps.

The joint move at Cop27 is a sign of greater coordination among Latin American states, analysts told Climate Home News.

Latin America was the world’s most indebted region in 2021, according to a UN report.

The International Monetary Fund warned that, after the Covid-19 pandemic and Russia’s war in Ukraine, the region is poised to suffer a “third shock” from a global hike in interest rates.

The joint declaration calls for “innovative financial instruments” such as sovereign bonds, guarantee funds and debt-for-climate swaps. The last mechanism, in particular, is an idea that Colombia, Argentina and Ecuador have all publicly supported.

Colombia, which shifted leftwards in recent elections, is a key voice for unity. A member of the Ailac bloc, its government made approaches to neighboring Venezuela, which is in Alba.

“I want to see a united Latin America negotiating climate decisions in a common bloc like the African continent has done,” Colombia’s vice-president, Francia Marquéz, told Climate Home during an event at Cop27.

Chile’s chief climate negotiator, Julio Cordano, said the declaration is a “very important starting point” and added that “for the region, access to resources is essential and that clearly unites us”.

Cordano noted that the region has found common ground in the past in specific issues, which has allowed it to play a more decisive role.

While negotiating the Paris Agreement, for example, “we put out a number of declarations that represented the whole region” on adaptation and indigenous people, said Cordano.

With its right-wing history and a leftist president, Colombia has a “moral authority” to play a mediating role between Ailac and Alba, said Sandra Guzmán, general coordinator of the Climate Finance Group for Latin America and the Caribbean (GFLAC).

“They have an opportunity to build bridges and create alliances,” Guzmán added.

It helps that a handful of other Latin American countries swung to the left in their latest presidential elections: Mexico, Argentina, Peru and most recently Brazil.

Adrián Martínez, director of NGO La Ruta del Clima, said unity in the region could help advance negotiations on loss and damage, as developed countries have often exploited divisions within the global south.

Debt in Latin America has been increasing since 2010. The Covid-19 pandemic and inflation triggered by Russia’s invasion of Ukraine accelerated the trend. Now, high interest rates and extreme weather are set to add even more pressure.

The region closed 2020 with its highest weight of foreign debt in a decade, at around 56% of GDP, the UN regional report shows.

Climate disasters add sporadic financial shocks. This year, for example, hurricane Fiona left more than $375 million in losses in the Dominican Republic and around $100 of agricultural losses in Puerto Rico.

Debt-for nature swaps can be a way to ease the burden, Muhamad said.

“It’s time for us to work together in political decisions but also in common work programmes,” Muhamad said during a public event hosted by the New York Times.

But the two negotiating blocs are unlikely to merge in the short term, said Chilean negotiator Cordano. “It’s complex to arrive at political agreements from one day to the other in such a complex agenda. I prefer to advance in key specific topics.”