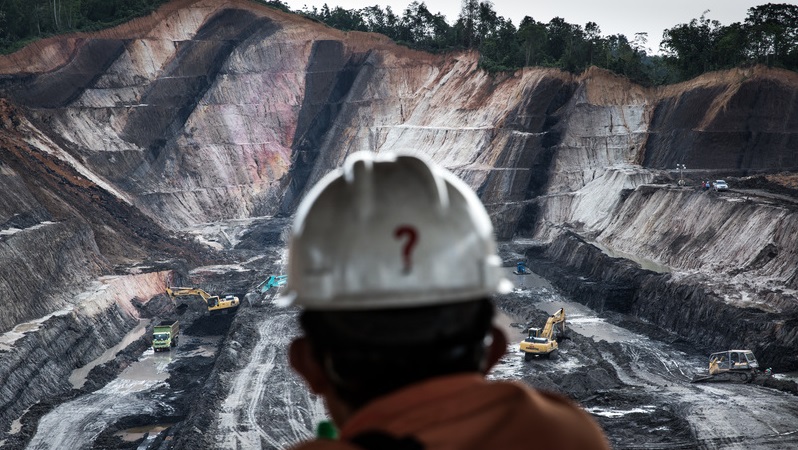 A worker on a break looks over an open-pit coal mine concession in Makroman, East Kalimantan, Indonesian Borneo. (Kamal Jufri/Greenpeace)

Over the years, there have been various vehicles for this. Loans, grants, technology and training pass from developed to developing countries directly and indirectly through multi-lateral development banks and specialist vehicles like the Green Climate Fund.

At Cop26 in Glasgow last year, a new vehicle was announced. The UK, US, France, Germany and the US announced they would provide $8.5bn to help South Africa transition from coal to clean energy.

They called this a “just energy transition partnership” (Jetp). The “just” means they aim to look after the coal workers whose jobs are under threat from the transition from coal to clean energy.

Since then, other countries have jumped on board. At the G7 summit in Germany in June, the group of seven developed economies declared their support for the concept, adding Canada and Japan to list the of potential financial backers.

The German hosts also invited Senegal, Indonesia and India along to the Bavarian summit. They, and Vietnam, then began talks with the partners on their own South-African style deals. So, as the first anniversary of the Jetp concept approaches, how are those talks going?

South Africa’s Jetp got a lot of fanfare at Cop26. President Cyril Ramaphosa described it as a “watershed moment not only for our own just transition but for the world as a whole”.

Details were slow to emerge. But South Africa has been doing the legwork. On Friday, Ramaphosa unveiled a 200-page blueprint for economic transition, poverty reduction and an end to blackouts through investment in renewables, green hydrogen and electric vehicles.

This will use the $8.5bn as a catalyst, Ramaphosa said, but that “is not sufficient to meet the scale of our ambition”. After factoring in expected investments from multilateral development banks and the private sector, there is a $39bn shortfall over the next five years, he estimates.

To shore up more investments, John Kerry is proposing to finance the part of the transition by allowing banks and companies to claim carbon credits for funding emissions cuts. The idea is controversial and has divided partner countries. Kerry could make an announcement at Cop27.

The biggest concern for South Africa is taking on too much debt. Only 4% of the $8.5bn package comes as grants. The country will pay interest on the rest.

That may not matter too much if the new clean industries turn a profit and boost the economy. However social security and retraining of coal workers is not obviously a profitable enterprise – and risks falling by the wayside.

At a pre-Cop27 briefing, even South African environment minister Barbara Creecy sounded concerned. “We have to be careful of climate financing that enhances debt of developing countries”, she said.

Presenting the blueprint to his climate advisory group, Ramaphosa said he was "placing the ball firmly in the court of the international community particularly developed economy countries that have through their own industrialisation… contributed greatly to the damage of our climate”.

According to leaked diplomatic cables seen by Politico, rich countries are offering $10bn. The Jakarta-based Institute for Essential Services Reform (IESR) estimates that replacing all of Indonesia’s coal capacity with renewables will cost around $1.2 trillion by 2050. Its director Fabby Tumiwa previously told Climate Home an energy transition partnership worth $15bn would be “a fair amount”.

Tumiwa added that grants should make up more of the deal than they did with South Africa - at least 10%, he said. Replacing coal with renewables will require a lot of investment from state-owned utility Perusahaan Listrik Negara (PLN), he said, and "it is unfair if that cost [is] borne by Indonesia[n] tax payer[s], while we are not the one causing today climate crisis".

The US is co-leading on the talks with Japan. They represent the contributor group of the G7, Norway, Denmark and perhaps soon New Zealand, Politico reports.

The Indonesian government is expected to announce the Jetp deal at the G20 summit it is hosting on the island of Bali on 15-16 November. The country is only sending a vice-president to Cop27, as president Joko Widodo stays at home.

Vietnam is a one-party state where climate activists are unable to criticise the government freely.

While the government in Hanoi talks about coal transition to donors, it has imprisoned four leading anti-coal activists on spurious tax evasion charges. The US, Germany and others have condemned the arrests of Nguy Thi Khanh, Mai Phan Loi, Bach Hung Duong and Dang Dinh Bach.

A spokesperson for Germany's development ministry (BMZ) told Climate Home it had raised human rights concerns with the Vietnamese government. A separate source with knowledge of these discussions, said the Germans "received significant pushback".

The activists' freedom may not be a deal-breaker. The BMZ spokesperson told Climate Home: "With the agreement on the Jetp, we also hope to be able to send a positive signal to climate activists."

US climate envoy John Kerry told reporters recently he is “working very hard to get Vietnam to do what is sensible regarding the transition to energy” despite the fact "some forces are fighting to keep coal".

Jake Schmidt, of the National Resources Defense Council, told Climate Home this was a mistake. “How can you have an investment plan in a country that does not allow experts to operate and ensure that the money is well spent and delivered in the right way? Until these four experts are freed and their ability to operate is resolved I don't think a Jetp can survive in that country."

According to leaked EU documents reported by Politico, the initial offer of around $5bn is too low to seal the deal for Vietnam. 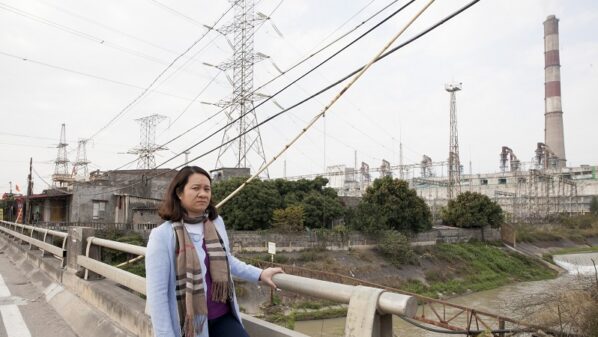 With more people and more emissions than the other Jetp nations put together, India is the biggest prize for emissions reduction. But it's Jetp negotiations are not as far advanced as for the three nations above.

There are no announcements expected at Cop27, which prime minister Narendra Modi is not scheduled to attend. There may be more progress next year when India takes over the G20 presidency from Indonesia.

Unlike the nations above, Senegal is not a major emerging economy and is not reliant on coal. One source said it was chosen because France wanted a French-speaking nation to take a lead on.

Like most African nations, Senegal's emissions are tiny. A third of its people lack access to electricity. The issue is how much and how quickly emissions grow.

Senegal's prime minister Macky Sall has been vocal about wanting to develop offshore gas deposits. He wants developed nations' help in this and has found a sympathetic ear in Germany's Olaf Scholz.

But, as a group, the partner countries have made clear to him that a Jetp will not finance any fossil fuels. Any deal will focus on renewables, so Senegal can "leapfrog" the polluting stage of development.

These talks have received less political attention and no announcements are expected at Cop27.