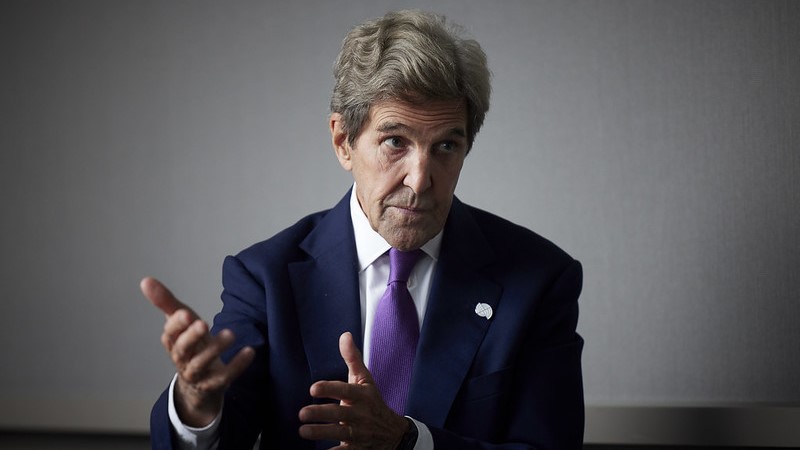 John Kerry wants to allow companies to offset their emissions by investing in the transition from coal to clean energy in developing countries.

The US special envoy is hoping to unlock private sector investments to phase out coal in emerging economies, under deals known as Just Energy Transition Partnerships (JETPs).

The first of these deals was an $8.5 billion package struck with South Africa at the Cop26 climate summit last year. Estimates of the full cost of overhauling the country’s energy system and creating green jobs are 5-10 times that. Rich governments say their contributions can unlock further investment from the private sector.

To do this, Kerry is proposing to use carbon credits to lure private investments. Climate Home News understands he has floated the idea with a number of large companies and could make an announcement at the Cop27 climate summit, which starts on Sunday.

“One of the things we are looking at is the possibility of the private sector in effect being enticed to the table because you then have a way of them getting something they need and want, which may be a credit towards their goal,” Kerry told an event at Chatham House last week. “And you get cash which goes directly into closing down some coal plants and deploying renewables, which is direct emissions reductions.”

Sources told Climate Home other partner countries are not keen on the idea, but have not ruled it out. One source said Germany is particularly sceptical.

A Cop26 spokesperson said the UK was “aware of the initiative and will have further discussions on it.”

UN chief António Guterres has warned corporations to avoid overreliance on carbon offsets. His anti-greenwash taskforce, chaired by Catherine McKenna, is due to publish its recommendations for credible net zero standards on 8 November.

Climate commitments to net zero are worth zero without the plans, policies and actions to back it up.

The US State Department declined to comment. The German government did not respond to a request for comment.

Carbon credits are no substitute for grants and concessional finance, he argued, for example when it comes to retraining coal workers. Kerry’s proposal “is at best distracting, at worst a serious risk to the credibility of the JETPs and the G7 donor nations themselves”.

South Africa’s president Cyril Ramaphosa has repeatedly said his government would only accept a deal on good terms, largely based on grants. Climate minister Barbara Creecy recently told a pre-Cop27 briefing that climate finance should “not be adding to the [debt] burden that developing countries are facing”.

But a breakdown of the $8.5bn package obtained by Climate Home shows 97% of the money will be delivered as loans.

“The basic idea was the private sector will come to the table if only you reduce the risks of these projects. The reality is that’s not happened,” Persaud told reporters on Tuesday. “There will be no triumphant march of the JETP in Egypt. Indeed, there is a real risk it unravels because the funding is not there.”