Insiders say less than 3% of the money rich countries promised is earmarked as grants, raising concerns about fairness and South Africa’s debt burden 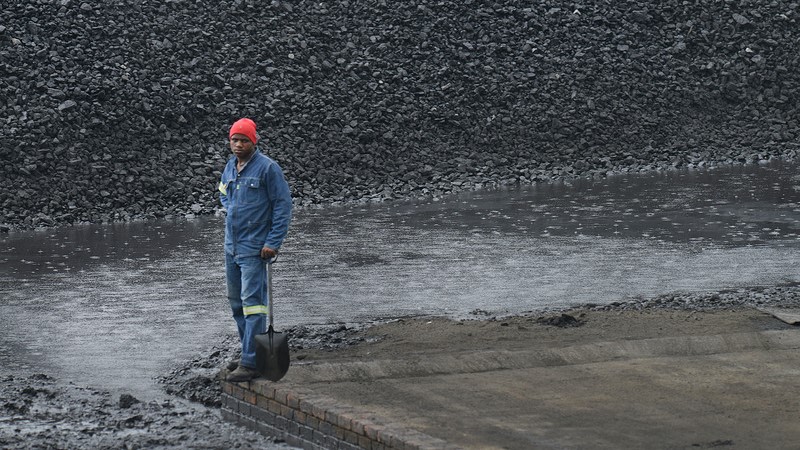 A worker stands in front of a mountain of coal at a coal washing plant outside eMalahleni, South Africa (Photo: Mujahid Safodien /Greenpeace/Flickr)

South Africa’s cabinet has approved an investment plan for an $8.5 billion package to accelerate the country’s transition away from coal and towards clean energy.

In a short statement, cabinet said the plan “outlines the investments required to achieve the decarbonisation commitments made by the government of South Africa while promoting sustainable development, and ensuring a just transition for affected workers and communities”.

The plan, expected to be published at next month’s Cop27 climate summit, follows nearly a year of negotiations between the governments of South Africa and the UK, EU, US, France and Germany, which are contributing funds.

South Africa’s president Cyril Ramaphosa has repeatedly said his government would only accept a deal that offered good terms, based on grants and concessional funding, that aligns with national development goals, including debt reduction and job creation.

Yet insiders told Climate Home News that less than 3% of the money will be delivered as grants, with the rest split between concessional and commercial loans.

International finance experts have questioned whether package offers the country better terms than it can already access on local and international markets.

South Africa’s electricity system is the most carbon intensive in the world and depends on coal for more than 80% of its power.

The partnership struck at the Cop26 climate summit in Glasgow was intended to help South Africa create a low-carbon economy and deliver on the upper range of its 2030 climate targets.

At a time when donor countries were failing to deliver on their climate finance promises, including to collectively mobilise $100bn a year by 2020, the package was hailed as a model for emerging economies to go green.

But participating governments have been slow to reveal who is contributing what and how it will be spent.

“The whole world is watching to see if the money is actually mobilised in South Africa. It’s extremely important that donors follow through with their commitments,” said Leo Roberts, of think tank E3G’s coal transition team.

The investment plan will focus on the electricity sector, electric vehicle manufacturing and development of green hydrogen.

It is expected to cover the closure and repurposing of coal-fired power plants by state utility Eskom, expansion of the transmission network and social protection and retraining for workers who lose their jobs.

Campaigners are worried a skew towards commercial loans will add to South Africa’s debt burden and leave workers behind. They have repeatedly called for more transparency in the process.

While the private sector is likely to support investments in renewable energy, other activities such as reskilling coal workers need public finance – largely in the form of grants.

“The terms have to be fair finance. They have to reduce the debt load,” Saliem Fakir, executive director of the African Climate Foundation, told Climate Home.

For Roberts, of E3G, the lack of transparency led to a misleading idea that the partnership was a “new climate finance paradigm”.

“It is a diplomatic and political process to bring countries and stakeholders together at a table for discussion and to use an amount of public finance to leverage private finance. And that is ground-breaking. The price tag was a distraction but was needed to get everyone to the table,” he said.

Fakir said that process had the potential to create “a big shift” in South Africa. “It allows sovereign ownership of a process and arrangements for much larger-scale funding,” he said.