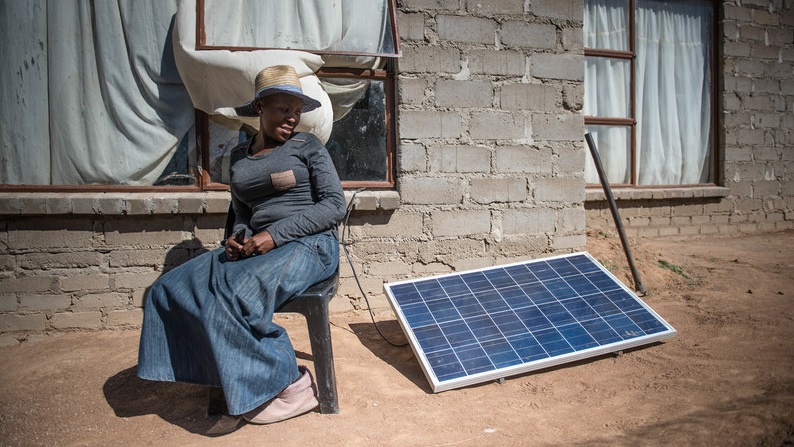 In a prime-time address to the nation on Monday, Ramaphosa said: “After more than a decade without reliable electricity supply, South Africans are justifiably frustrated and angry. They are fed up.”

Ramaphosa blamed the power cuts on the country’s old and unreliable coal power plants, on the “design flaws” in two new coal power plants and on “extensive theft, fraud and sabotage” and “years of state capture and mismanagement” under his predecessor Jacob Zuma.

After talking to trade unions, business, experts and opposition parties, Ramaphosa said he planned to fix the black-outs by improving the existing power plants, encouraging investment in renewables, flexible gas generators and battery storage and enabling businesses and households to sell rooftop solar to the grid.

Reaction to the speech was broadly positive. The opposition Democratic Alliance said the plan was “straight out of the DA playbook” and should have come much sooner.

Happy Khambule, Business Unity South Africa’s head of energy and environment, told Climate Home: “It was a positive, [Ramaphosa] listened to business and experts and not just his immediate circle. The announcements are practical and indicate the low hanging fruits, most of what was announced was going to happen anyway it is just highlighted and expedited.”

Groundwork campaigner Bobby Peek said “if we have the right approach in terms of efficiency and renewable energy…we’ll be able to get our energy system up speedily and back on track”. But, he warned “any expansion of the gas infrastructure will be investing money into a dead end road, as well as a stranded asset”.

350.org campaigner Alex Lenferna told Climate Home that he had “mixed feelings about it”. He said: “The speech and the plan are the easy part though, the implementation is where the [ruling African National Congress party] so often falls short.”

Lenferna also criticised the focus on the private sector. “In a country as unequal as South Africa, if the energy transition is largely left to the private sector or the market, then the benefits are likely to concentrate in the hands of corporations and the wealthy,” he said.

Between a wolf and its food: as one deep sea miner flops, others eye the prize

South Africa got 90% of its electricity from coal in 2019, making it Africa’s biggest greenhouse gas emitter.

Under Ramaphosa, South Africa has made efforts to pivot to renewables. It has set a net zero by 2050 target and is negotiating a pioneering “just transition” deal with wealthy countries to ease the pain for regions that are economically reliant on coal.

Licensing requirements for renewables will be removed and homes and business will be able to sell their rooftop solar power to the grid.

The state-owned electricity company Eskom has made land available for renewable next to its coal power stations and, Ramaphosa said last night, will continue to set aside more land for this purpose.

A promised $8.5 billion package from the US and European countries will be used to repurpose old coal power plants and to invest in the grid. The list of projects South Africa wants funded is still being drawn up but is likely to include electricity transmission lines to take power from solar and wind farms to cities and heavy industries.

Ramaphosa said South Africa will buy electricity from its neighbours Botswana and Zambia, who have a surplus. Botswana’s electricity is produced with coal while Zambia’s is made with hydropower.