At pre-Cop talks in Kinshasa, Frans Timmermans called for ways to address losses and damages caused by climate impacts to be on the agenda at Cop27 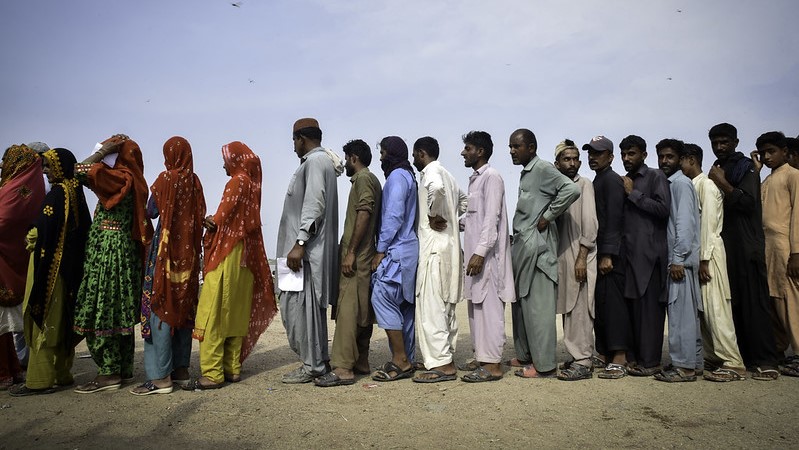 The EU is piecing together a package of funding proposals to support victims of climate disasters recover, after pressure from developing countries.

With just four weeks to go before Cop27 in Egypt, more than 60 ministers met this week in Kinshasa, Democratic Republic of Congo, for a pre-Cop to find common ground on key negotiations issues, among them loss and damages caused by climate change.

The EU has started to put some ideas on the table for what form this finance could take. EU climate chief Frans Timmermans told ministers in Kinshasa the bloc was “working very hard” on the issue.

Speaking to a meeting of the Climate Vulnerable Forum, which represents 55 developing countries, Timmermans said supporting climate victims “should include a recognition of major new initiatives”.

That includes Germany’s proposal for a Global Shield designed to strengthen disaster risk finance and insurance and which is expected to be launched at Cop27.

A UN initiative for everyone to be protected by an early warning system within five years is another pillar. In a position document on climate finance, the EU adds that it would also work to integrate climate disaster response in its humanitarian and development aid.

Talks on providing finance for vulnerable nations to address climate-related losses and damages dominated the discussions at the pre-Cop. The issue has been billed as a critical test for rebuilding trust between rich and poorer nations.

Until now, the discussion has been polarised between a coalition of 134 developing countries, known as the G77, currently chaired by flood-struck Pakistan, and wealthy nations.

The G77 is calling for a new funding channel to help nations rebuild after impacts, but developed countries have so far opposed the idea.

In Kinshasa, the EU sought to overcome the divide. While the bloc insists it hasn’t ruled out providing finance to a new fund, it set out what it sees as alternative options for what responding to the financing needs of climate victims could look like.

In private, diplomats say the politics on the issue have improved since the last round of formal negotiations in Bonn in June.

Since then, the Egyptian presidency has held several meetings with heads of delegations to narrow the gap between rich and poorer countries’ positions.

“There was a lot of goodwill here, good spirit to work together,” Jennifer Morgan, Germany’s special envoy for international climate action, said at the end of the three-day meeting. “Now we all need to work together to find that solution on loss and damage.”

The Climate Vulnerable Forum has backed Germany’s Global Shield proposal as one piece of the puzzle to address loss and damage. Climate Home understands around five countries will pilot the initiative. But that doesn’t replace the need for a dedicated financing facility, the forum said.

Diplomats told Climate Home they are increasingly confident that loss and damage will be added to the Cop27 agenda. After initial resistance, Timmermans clearly expressed support for “a formal space on the agenda to discuss this challenge”.

The Cop27 talks in Sharm el-Sheikh, Egypt, he said, “should now lead to more concrete results in terms of finance and support to those who need it most as quickly as possible”.

An EU official told Climate Home there is little appetite among the bloc for a prolonged agenda fight at the start of the summit. The EU’s shift in position puts pressure on the US to back the agenda item.

The North American country is yet to clarify its position on the issue. An intervention by US special envoy John Kerry during an event at New York Climate Week exacerbated tensions over the position of the world’s largest historic emitter.

Michai Robertson, lead finance negotiator for the Alliance of Small Island States, told Climate Home that “there appeared to be a sense of cautious optimism in the room on both an agreement to adopt an agenda item on [loss and damage] as well as an understanding that there needs to be an outcome in order to begin to adequately address the challenges.”

However, what those discussions should look like and what the outcome might be remain to be decided.

“There are lots of discussion on different options on how to handle the loss and damage question,” Faten Aggad, senior advisor on climate diplomacy at the African Climate Foundation, told a briefing for reporters on Thursday.

The priority, she said, should be to agree on the vehicles and processes through which finance could be delivered to developing countries.

The Cop27 presidency has appointed Germany’s Morgan and Chile’s environment minister Maisa Rojas to co-facilitate negotiations on the issue.