After finally passing a climate bill, US calls on others to act 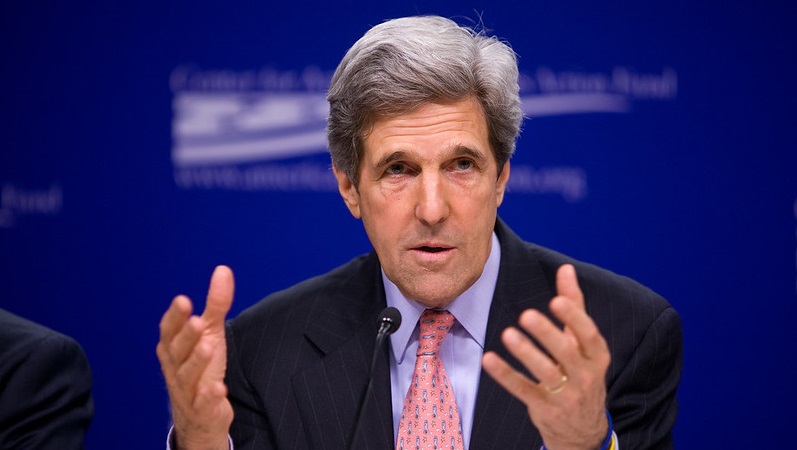 The US is set to invest $370 billion in climate action, after the House of Representatives voted through the Inflation Reduction Act on Friday 12 August.

US climate envoy John Kerry said it “sets us up to deliver on President Biden’s ambitious targets” and urged other big emitters to raise their game.

“I am hopeful that it will prompt all major economies to define and deliver on 2030 emission reduction targets that keep a safer 1.5 degree C future within reach,” he added.

Princeton University’s Repeat project estimates the legislation will reduce US greenhouse gas emissions by 42% between 2005 and 2030. Previously, the country was headed for 27% and its target is 50-52%.

The US target is “almost sufficient” to hold global heating below 2C, according to Climate Action Tracker. The most ambitious goal of the Paris Agreement, a 1.5C limit, remains a stretch. 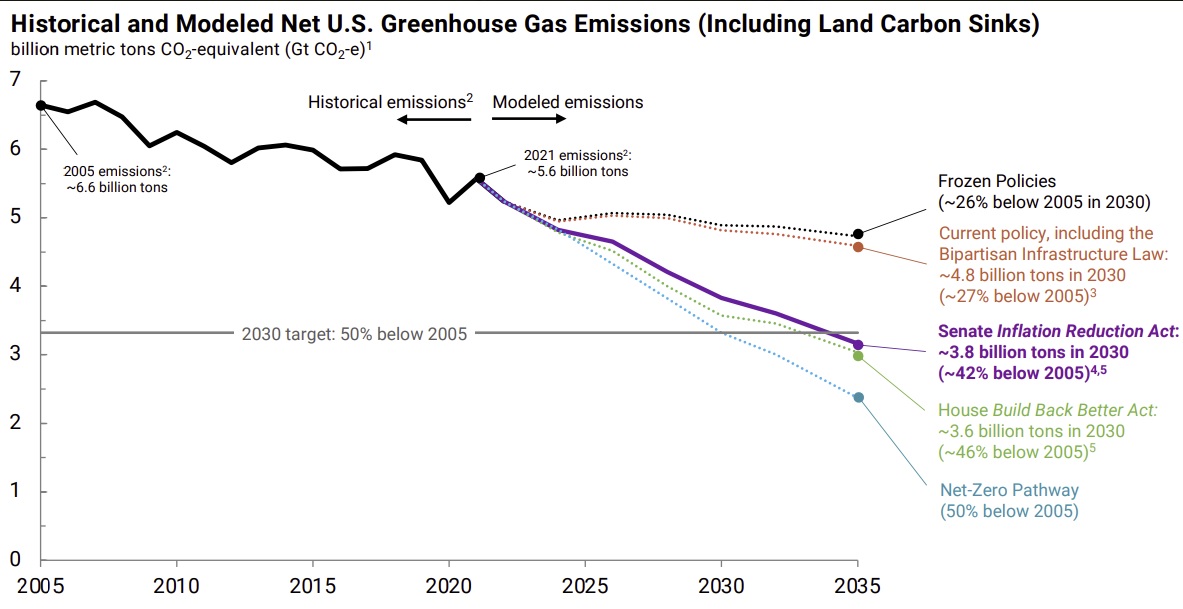 Repeat project’s analysis of emissions under different policies. The Inflation Reduction Act is the central scenario, in purple.

Over the last two decades, the US has swung between Republican presidents who opposed domestic and international climate action and Democratic ones who tried but failed to get climate legislation through Congress.

Democratic senator Joe Manchin obstructed Biden’s climate plan for months before approving a slimmed down package with some concessions to fossil fuel industries, in a surprise twist.

Climate negotiators from around the world welcomed an end to the impasse. Carlos Fuller, a climate negotiator from Belize, said he was “extremely relieved” while South African negotiator Zaheer Fakir said it was  a “positive signal” and Indonesian government adviser Fabby Tumiwa offered his congratulations.

The Rhodium Group projected that the bill would lower the cost of widely-used green technologies like renewables and electric vehicles as well as less mature technologies like clean hydrogen, carbon capture and advanced nuclear energy.

But Fakir expressed scepticism that Kerry would get significant increases in ambition from emerging economies without direct financial support. Many developing countries are faced with the lingering effects of Covid-19, a worsening food and energy crisis, growing debt and “a constrained fiscal environment,” he said.

Rich countries failed to deliver a promised $100 billion of climate finance to the developing world by 2020 and the US is mainly responsible for the shortfall.

President Joe Biden has tried to increase US climate finance, with limited success. He failed to get Congress to agree to contribute to the UN’s flagship Green Climate Fund [GCF], which has scaled back its project approvals as a result. The US owes the fund at least $2bn after Donald Trump reneged on a pledge made under Barack Obama.

Fakir said: “We hope this positive signal of the US on their domestic climate action would be followed by some positive action from the US on the provision of finance and fulfilment of pledges such as the outstanding $2bn to the GCF.”

US-based E3G analyst Alden Meyer said the next few months were the “last chance” for increased climate finance before the mid-term elections in November.

The Democrats are likely to lose control of at least one of the chambers of Congress – the Senate or the House of Representatives. As Republicans typically oppose climate spending, this will make it harder for the Biden administration to get money out of Congress for international climate finance.