Stiell is a veteran advocate for climate ambition from a small vulnerable, Caribbean island, with a background in engineering and business 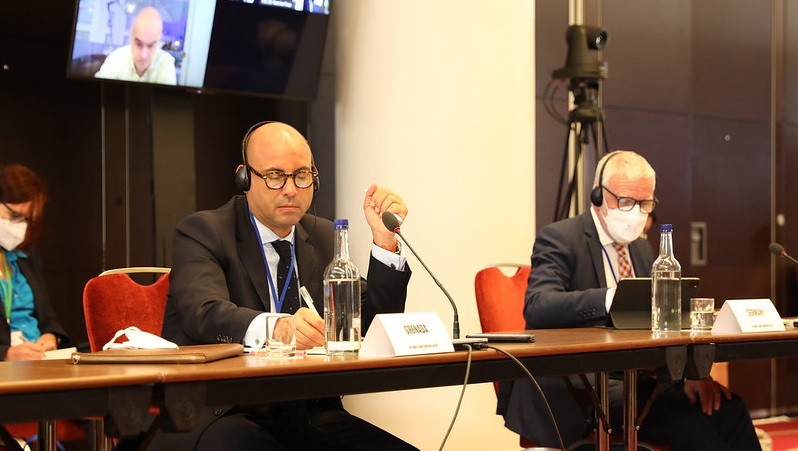 UN chief Antonio Guterres was responsible for the selection process and the UNFCCC bureau signed off his decision at a specially convened meeting on Thursday 11 August. The UN announced the appointment on Monday 15 August.

Stiell is a veteran advocate for climate ambition from a vulnerable Caribbean island stae. On the global stage, his calls for rapid reductions of emissions have put him at odds with big emerging economies like China, while his lobbying for climate finance has met resistance from rich countries like the US and EU.

This report is terrifying. There is no other way of saying it. Key findings for small islands:
We are already reaching our limits to adaptation at 1.1°C.
We are already experiencing #lossanddamage.
We cannot adapt to a world that warms beyond #1o5C. https://t.co/pjeYGwU7b6

Stiell studied engineering and business at London Metropolitan and Westminster universities in the UK, staying in the country to work for technology companies in the 90s before returning to Grenada. Back home he founded a property development company, became chair of the tourism board and vice-president of the chamber of industry.

In 2013, he was appointed to Grenada’s Senate and went on to lead ministries for agriculture and education before becoming Grenada’s minister for climate resilience in March 2018. His centre-right New National Party was voted out of government in June.

As environment minister, he dealt with tourist resort development and plastic waste domestically while advocating for small, vulnerable islands on the global stage. He has chaired the “High Ambition Coalition”, an alliance between rich countries like the EU and poorer, vulnerable ones like Grenada, to promote rapid emissions reductions.

Before and during Cop26, president Alok Sharma placed Stiell and Danish environment minister Dan Jørgensen in charge of leading consultations on how countries can reduce their emissions faster this decade to keep 1.5C within reach.

These discussions led to countries agreeing to “revisit and strengthen” their 2030 climate plans by the end of 2022, although few have followed up on this promise.

He takes over from Ibrahim Thiaw, a Mauritianian diplomat who leads the UN’s anti-desertification work and has also been doing the UN climate job on an interim basis for four weeks.

Before that, former Mexican foreign minister Patricia Espinosa led the organisation for six tumultous years, guiding it through crises including Donald Trump’s withdrawal of the US from the Paris Agreement, the Covid-19 pandemic and her own treatment for breast cancer.

When Espinosa took over, the the global climate rulebook drawn up in Paris in 2015 was unfinished. At Cop26 in Glasgow last year, it was completed with agreements on carbon markets and other contentious issues.

Now, the organisation is pivoting to implementation. One senior source close to the UN told Climate Home in May that the new executive secretary will “need to start building a new architecture of accountability”. Veteran climate adviser Kaveh Guilanpour told Climate Home they need “direct experience of delivery beyond the world of diplomacy”.

After Espinosa and Costa Rica’s Christiana Figueres, Stiell will be the third executive secretary in a row from the Latin America and Caribbean region. The previous executive secretaries were from Europe so it was expected that the job would go to someone from Africa or Asia.

Climate Home News understands that Espinosa’s deputy, India’s Ovais Sarmad, was in the running along with the UK’s Cop26 president Alok Sharma.

Although the advert for the $207,000 job specified that female applicants were “especially welcome”, all three of these candidates are male.

The United Nations aims for gender balance among its senior leadership. Last month, a UN spokesperson said it had “basically fifty-fifty parity” at the top of the organisation.

The job is based at the UNFCCC headquarters in Bonn, Germany. Stiell will lead nearly 400 staff who come from over 100 countries.

This article was updated after publication to reflect the official announcement.