Talks on topics like methane cuts, forests, clean power and action in cities have been cancelled after a diplomatic spat over Taiwan 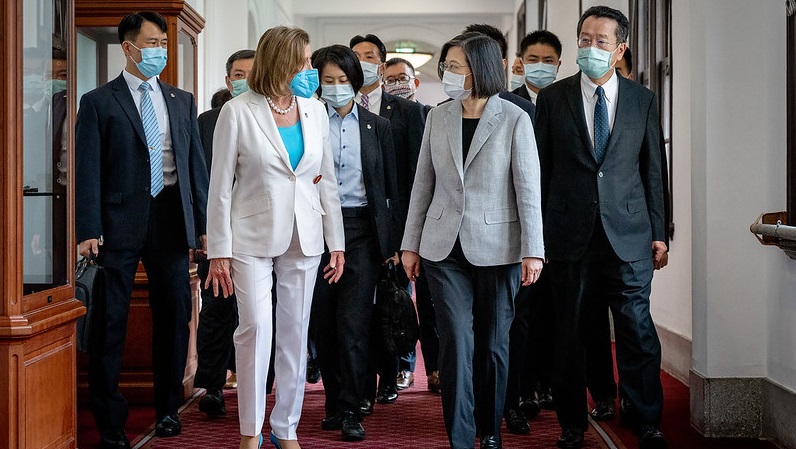 China has cancelled a planned working group on climate change after the leader of the US house of representatives Nancy Pelosi visited Taiwan.

After months of preparatory talks, policymakers and experts were supposed to hold their first official meeting next month to discuss cooperation on topics like methane emission reductions, clean electricity, the circular economy and climate action from cities.

But a diplomatic spat has led China to suspend the working group. Thom Woodroofe, of the Asia Society think tank, lobbied for the group to be set up and called its suspension “a great shame”.

Last Tuesday, Pelosi visited Taiwan along with a Congressional delegation and pledged to “defend its freedom in the face of aggression”.

The Chinese government, which considers Taiwan as part of China, then issued a statement saying it was “suspending China-US talks on climate change” along with military and legal cooperation.

US climate envoy John Kerry, who has led talks with China, said this was “both disappointing and misguided” and “the entire world will suffer the consequences if we don’t, together, lead the way on climate action”.

From day one, the United States has made clear that our climate engagement with the PRC should remain separate from the other tough issues our two countries face. (1/6)

Kerry has tried to keep climate talks separate from geopolitical and human rights discussions. But China’s foreign minister Wang Yi warned last September that while climate talks are an “oasis”, “surrounding the oasis is a desert and the oasis could be desertified very soon”.

While climate diplomacy experts broadly agreed the suspension of talks between the world’s two largest emitters would hinder climate action, they were divided on its significance.

Some pointed to the role US-China cooperation can play in speeding up emissions reductions in the two nations and on moving forward broader international climate talks.

Greenpeace East Asia advisor Li Shuo told Climate Home News : “The two putting their weight together matters a great deal. One upcoming case in point would be Cop27. Expect more turbulent politics there as a result of today”.

But others said both countries would continue to reduce their emissions domestically and that some aspects of climate action, like international finance, could be sped up by competition between the two superpowers on who gives the most.

Chatham House futures research director Bernice Lee added: “This fallout need not be the deal-breaker… ultimately it is both their self-interest to accelerate ambitious domestic climate action”.

The most immediate short-term consequence is that the planned first meeting of a revived US-China climate working group is unlikely to go ahead next month.

The group was set up under US president Barack Obama and helped bring about co-operation which led to the signing of the Paris Agreement in 2015 before it was scrapped by Donald Trump’s administration.

In 2021, president Joe Biden’s climate envoy Kerry held a series of meetings with his Chinese counterpart Xie Zhenhua. These led to the signing of a surprise joint agreement at Cop26 in November.

Beijing and Washington agreed to set up a “working group on enhancing climate action in the 2020s which will meet regularly…focusing on enhancing concrete actions in this decade”.

The group’s work “may include”, the agreement said, discussions of policies and technicalities, identification of programmes and projects both sides are interested in and meetings of government officials and experts.

Two sources with knowledge of the discussions said that methane, clean electricity and action by cities were likely to be on the agenda. One of these sources and a third source said that  forestry is also on the agenda. Methane, electricity and forests are thought to be US priorities while action by cities is understood to have been pushed by China.

Woodroofe said the working group would be overseen by Kerry and Xie but that several work streams were being led by technical specialists.

Woodroofe said this format “allows you to bring technical specialists to the table and actually for both sides to concretely see the benefits of cooperation because you have discussions which are genuinely designed to help both sides on how to reduce methane emissions further or what to to do to accelerate the uptake of electric vehicles”.

He added: “Folks were wondering why it had been nine months [since Cop26] and there hadn’t been any convening of that group but my understanding is that it was quite imminent and was due to happen probably in September.”