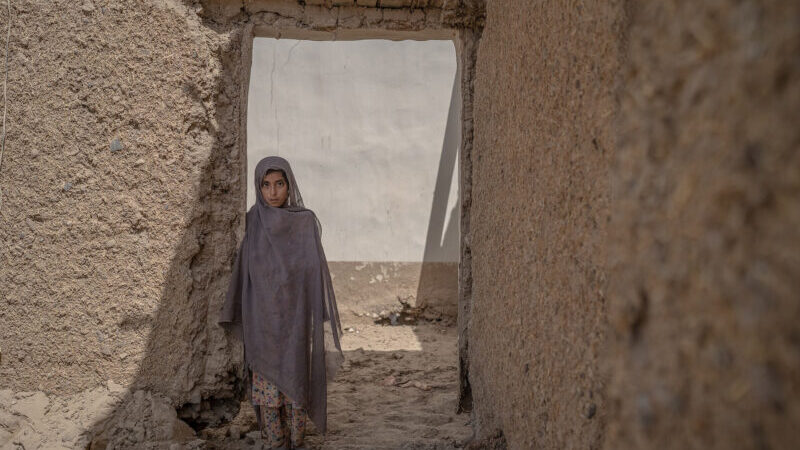 Hit by devastating flash floods, Pakistan is struggling to rebuild due to foreign aid cuts and inadequate investment in adaptation.

Abnormally heavy monsoon rains led to flash floods in July which killed at least 550 people across Pakistan, with rural communities in the impoverished southwestern province Balochistan hardest hit. At least 77 children have lost their lives and more than 500 people were injured in the floods.

More than 34,000 homes were deluged and 977km of road infrastructure and 61 bridges were destroyed.

Zia Salik, head of fundraising at Islamic Relief UK, was in Balochistan when the floods hit.

“The flash floods destroyed and demolished entire villages. [These are] impoverished villages, built entirely out of mud bricks… they had no chance against the heavy floodwaters,” Salik said, adding that 85-year-olds he spoke to said they had never seen that much water in their lives. “Most people have lost their livestock and their land – they will not be able to grow anything until next year.”

Villagers raised the alarm which led to mass evacuations, but there were no early warning systems in place, said Salik. “Considering the size of the floods, the loss of lives has been relatively low.”

In Balochistan alone, over 150,000 people are in urgent need of humanitarian assistance, according to Islamic Relief.

“I spoke to families who had not washed themselves for over a week because all water pipes were destroyed by the floods,” Salik said.

Aid groups are on the ground distributing tents and food packs, but a lack of media coverage and aid cuts means there is little funding available to help communities rebuild, he said.

“Ordinarily the UK would allocate significant funds to such a disaster but I haven’t seen any announcement,” said Salik, attributing the silence to the government’s decision to freeze international aid over the summer.

Pakistan was the biggest recipient of UK bilateral aid 2015-19. It dropped to seventh place after the UK government decided in 2020 to scale back the aid budget from 0.7% to 0.5% of national income.

The US, Japan and Germany have also been major aid contributors to Pakistan in recent years, along with multilateral agencies. 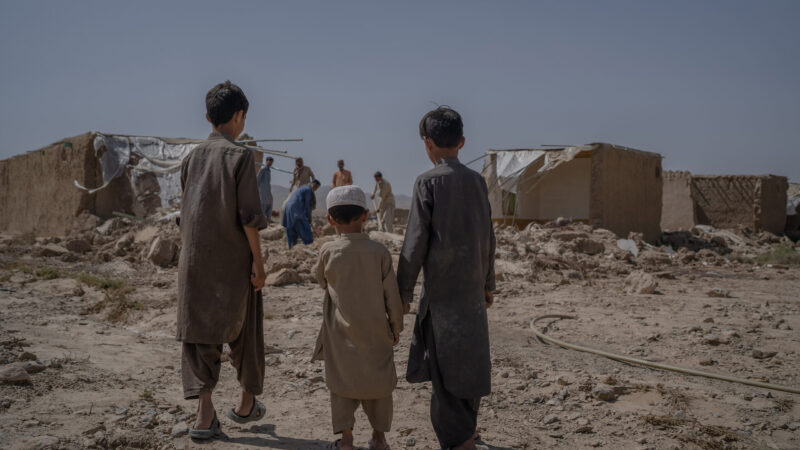 Three children walk among the rubble in a village in Balochistan, Pakistan, which was badly hit by flash floods (Photo: Islamic Relief Pakistan)

Pakistan is one of the world’s most vulnerable countries to climate change, according to the Climate Change Risk Index 2021 by NGO German Watch.

This past month was the wettest in three decades, according to Pakistan’s National Disaster Management Authority, Reuters reports. Balochistan received 305% more rain than the annual average, according to the agency.

“This is largely due to lack of resources for taking necessary adaptive measures and also due to inability to anticipate the sudden onset and intensity of floods,” she said.

In its latest climate plan, Pakistan estimated it needs $7-14 billion annually until 2050 for adaptation investments, primarily in infrastructure.

“Without access to climate finance for adaptation this will remain a recurring challenge beyond the country’s coping capacity,” Khan said.

“Impact-based forecasting can help but indicative modeling is not precise and there is a limit to preparing for anticipatory adaptation as the scale, scope and intensity of climate induced disasters is highly unpredictable,” she said.

The most urgent adaptation needs are resilient infrastructure, which will require hundreds of millions, if not billions of dollars of investment, said Salik. Houses should be rebuilt with concrete foundations and steel girders, not with mud bricks which can be washed away, and the government should invest in dams, walls and channels to divert floodwaters, he said. “The real challenge is the infrastructure cost.”