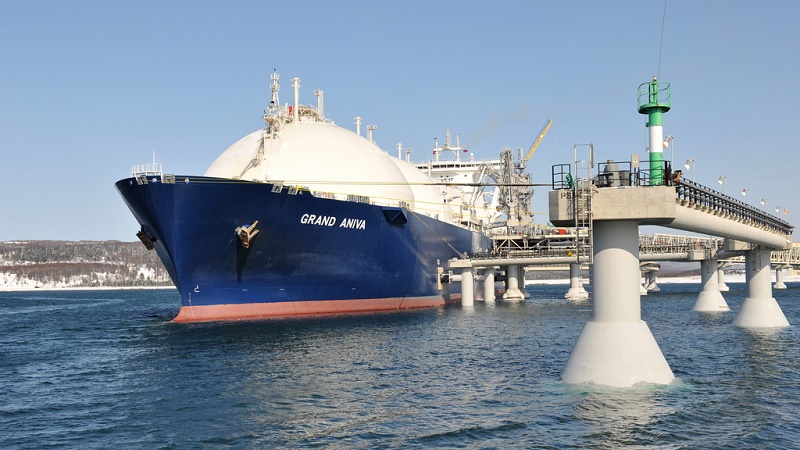 Gas is the second most important energy source in Germany, 55% of which is imported from Russia.

The German government has estimated that independence from Russian gas will be achieved in mid-2024. Asked whether a 2023 date for independence was achievable, Habeck told journalists that “of course, it is not realistic according to German [construction] time calculation”.

“If I had told you during the election campaign that I would build an LNG [liquified natural gas] terminal in ten months’ time, you would have said: here are these politicians with their weird election campaign promises, they never keep them,” he added.

“Nevertheless, we have to try the unrealistic in some form now.”

Habeck outlined his plans for speeding up the building of new infrastructure.

The vice-chancellor previously called for new infrastructure at “Tesla speeds.” The American carmaker recently stunned Germans by erecting and opening a new Gigafactory close to Berlin in a mere two years.

Unlike German companies, Tesla began construction before receiving its final permits, a model that Habeck now aims to replicate in the efforts of escaping the “vice grip” of Kremlin gas.

“In case of doubt, you have to start acting early. First, dig the trench where the pipe is to go in, then the permit comes,” he said, adding that this process would need someone who is politically responsible.

Companies are already lining up to realise Habeck’s vision, drawing on the unprecedented amount of political backing and state funding coming their way.

Already, the fiscally-conservative finance minister Christian Lindner has made €3 billion available to support the leasing of floating LNG terminals.

“Dependence on Russian energy imports must be reduced quickly and sustainably,” tweeted Lindner. “Floating LNG terminals make an important contribution to this, for which we must provide funding,” he added.

These Floating Storage Regasification Units (FSRU) can be moored at Germany’s coastal deepwater harbours and will enable the German utilities to begin receiving shipments of LNG from as far away as the US and Qatar.

Much of these developments will take place in Wilhelmshaven, which is due to host two of these floating terminals and have a permanent one constructed on land. Together, those projects will provide Germany with the capability to import around 38 billion cubic meters (bcm) of gas a year, almost matching the Russian gas flows of 40 bcm in 2021.

But the project pipeline does not end there. In Brunsbüttel, a land terminal with a capacity of 8 bcm will be constructed, where the local government is already rushing through legislation that will limit environmental groups’ ability to delay the project through lawsuits.

Altogether, Germany plans to build upwards of 68 bcm in LNG import capacity, more than the amount of Russian gas that needs to be replaced – a move criticised as superfluous and climate-damaging by Environmental Action Germany.

For Habeck, a Green party politician who is both minister of the economy and climate action, pushing for fossil fuel projects seems contradictory.

But “the attack on Ukraine has changed an incredible number of things,” he told German citizens on Tuesday (26 April). “A fundamental part of the change is that Germany must become independent of Russian energy imports,” he added.

The comments were made upon his return from a trip to Warsaw, where Habeck brokered a wartime effort of mobilising trucks and trains to supply crude oil to German refineries, in order to further the country’s independence from Russian oil.

This article was produced by Euractiv and republished with permission.