Two initiatives will release standards for the voluntary carbon market this year, while campaigners denounce offsetting as a “scam” that delays real climate action 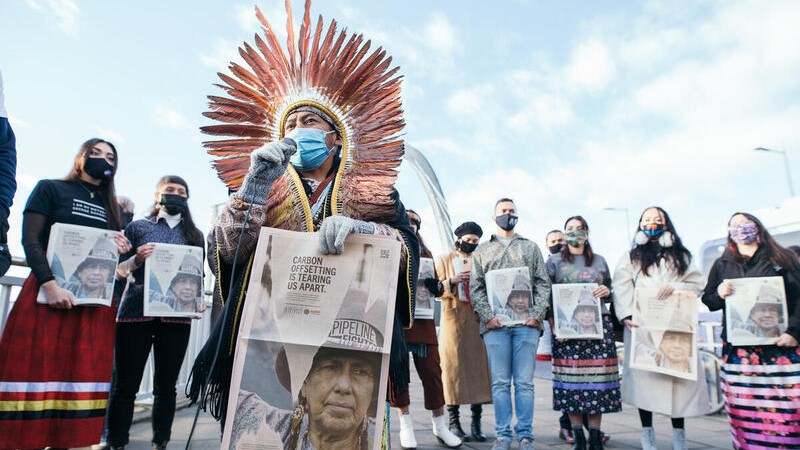 Voluntary carbon market players are working on a set of global standards for carbon credits, in response to greenwashing concerns.

A flurry of corporate net zero announcements is triggering a boom in demand for carbon offsets from businesses seeking a cheap way to meet their climate goals.

UN special envoy for climate action and finance Mark Carney set up a private sector taskforce in late 2020 to scale up the market but was accused of ducking questions of environmental integrity.

Germany’s newly appointed climate envoy Jennifer Morgan, who at the time was head of Greenpeace International, risked being kicked out of the talks to denounce Carney’s taskforce as “a scam”.

In the face of that criticism, the taskforce shifted its attention from scaling up the market to improving the quality of carbon credit projects.

The Integrity Council for the Voluntary Carbon Market emerged from Carney’s taskforce as an independent governance body. On Wednesday, it announced the launch of a public consultation in May to inform “a definitive set of global threshold standards” for carbon credits, expected to be published in the third quarter of 2022.

“We need to address the factors that undermine confidence and transparency and that opened the door to widespread concerns about greenwashing,” said Hugh Sealy, the council’s co-chair. “If we build high integrity, scale will follow.”

Speaking to reporters on Wednesday, Kyte argued that done well, offsetting can provide much-needed finance for projects that reduce and remove carbon dioxide and help the world limit warming to 1.5C.

But voluntary carbon markets “come with a health warning,” she said. “They are only going to have that kind of impact if they are truly high-integrity and inclusive. And therein lies the rub.”

Plastics resolution tees up battle over oil industry’s plan B

Both initiatives are in “close contact” in an effort “to make sure that our separate work is headed in the same direction and can together be useful to the private sector and governments,” Kyte told Climate Home News.

Four carbon market experts serve as advisors and board members on both initiatives, which can “close the gaps” and ensure that any integrity benchmark can be recognised by both groups, said Annette Nazareth, the integrity council’s other co-chair.

The two groups are concerned with different aspects of the problem. The integrity council is focused on developing “core carbon principles” on what makes a high quality credit. This will include enforcement powers to “name and shame” and suspend bad actors from the market.

Kyte’s initiative is zooming in on the demand side and what claims companies can legitimately make when buying emissions reductions.

That covers the role of offsetting in corporate net zero plans and claims that specific products are “carbon-neutral”, with practical guidelines due to be issued by early summer.

Kyte is further concerned with how indigenous peoples and local communities can participate, not just to design carbon-cutting projects on the ground, but shape regulations for the market as a whole – a demand from indigenous groups she said became “vociferous” in the run-up to Cop26.

This is an issue the integrity council says it wants to address, but it has struggled to fill three roles on its board of directors earmarked for representatives from underrepresented local communities.

“We hope to fill those spots as soon as possible. It is an imperative for us,” said Sealy. “We want to raise the bar. Every project should have a net benefit for the community in which that project is installed. That’s what we have to try and drive towards.”

These initiatives are unlikely to win over offsetting’s staunchest critics. Director of Greenpeace Southeast Asia Yeb Saño wrote in Climate Home that pitching carbon offsets as a win for indigenous peoples and local communities in developing countries was “greenwashing at its most patronising”.

“Initiatives that try to make carbon offsetting more palatable often amount to little more than greenwashing the greenwashers. While involving indigenous representatives might be a step forward, this does not automatically ensure the outcomes will be legitimate or sufficient. Far from it.”

The story was updated on 17/03/22 to clarify that Mark Carney is not directly involved in drawing up the integrity council’s standards.