The Umbrella Group of countries including the US, Australia and Japan is no longer coordinating with Russia and Belarus 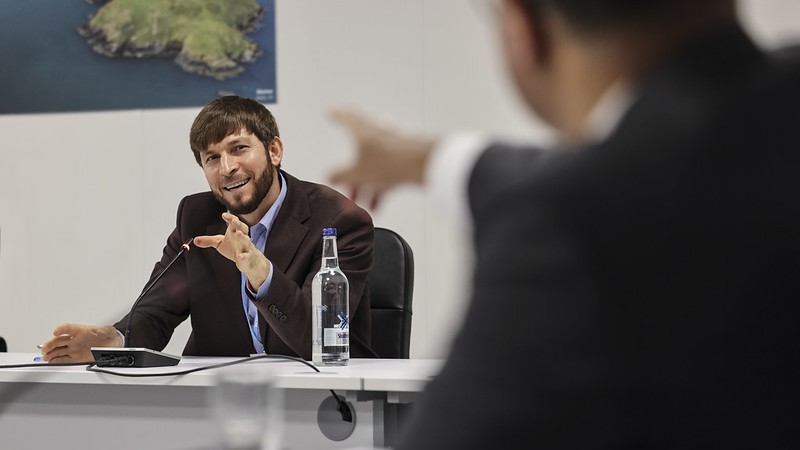 As the international community seeks to cut off Russia from the global economy, there are moves to isolate Moscow diplomatically in the climate space.

The Umbrella Group, a negotiating bloc of non-EU developed countries including Australia, Canada, Japan, Iceland, Israel, New Zealand, Norway, Ukraine and the US, announced that Russia and Belarus are no longer welcome.

On behalf of the group, an Australian official told a meeting of lead climate negotiators convened by the UK and Egypt on Wednesday, that “in light of Russia’s invasion of Ukraine and the actions of Belarus to enable this, members of the Umbrella Group are not coordinating with Russia and Belarus at this time”.

“We condemn in the strongest possible terms Russia’s unprovoked and unjustified invasion, in clear violation of international law, including the UN Charter. Russia’s invasion undermines the very foundations of the rule-based international order,” the group said in a short statement shared with the meeting.

Kazakhstan, another member of the group with close ties to Russia, did not endorse the position.

In the face of Russian atrocities including air strikes on a maternity and children’s hospital in the besieged city of Mariupol, Ukraine is further seeking to exclude Russia from international organisations.

So too is the UN Framework Convention on Climate Change (UNFCCC), the body tasked with supporting the global response to climate change.

Kyiv’s argument is that by carrying out a full-scale invasion of Ukraine, Russia violated international law and human rights, which “radically changes” the obligations arising from these agreements.

Ukraine’s deputy environment minister Irina Stavchuk told the meeting of climate diplomats on Wednesday that Russia’s invasion had hurt Ukraine and the world’s ability to adapt to climate change.

The war, she said, has hit Ukraine’s grain and sunflower oil production, damaged its forests and wetland ecosystems and forced it to spend money earmarked for climate action on weapons. Russia should be suspended from the climate convention, she argued.

But the process for excluding Russia from the climate convention isn’t straightforward and Stavchuk accepted that the legal implications still needed to be analysed.

There is no precedent for a country leaving the UN climate change body. Under president Donald Trump, the US withdrew from the Paris Agreement but remained in the convention and continued to attend the UN climate talks.

Richard Klein, senior researcher at the Stockholm Environment Institute, told Climate Home that parties to the Geneva Convention could decide by a consensus vote to exclude Russia from the climate convention through a complex procedure.

The other option, he said, would be for members of the UN Security Council, where Russia holds veto power, to vote on the issue.

Ukraine’s request has been formally recorded by the UN body, but “is unlikely to lead to any changes in Russian participation at UN Climate Change,” Klein said. “It’s not the first time that countries that are at war with each other and sitting around the same table in the negotiations,” he added, citing the US and Iraq.

While the hurdles for fully excluding Russia are prohibitively high, putting it on the agenda could prompt a show of solidarity with Ukraine. Mattias Frumerie, head of Sweden’s climate delegation, told Climate Home that Ukraine’s request “merits the discussion”.“From a political perspective, I would say that we’re fully supportive of the of the Ukrainian request in terms of the implications on condemnation of the Russian aggression and invasion of Ukraine.”