Green spending could be funded by taxes on energy firms’ windfall profits, Brussels proposes, to cut the bloc’s Russian gas use by two thirds this year 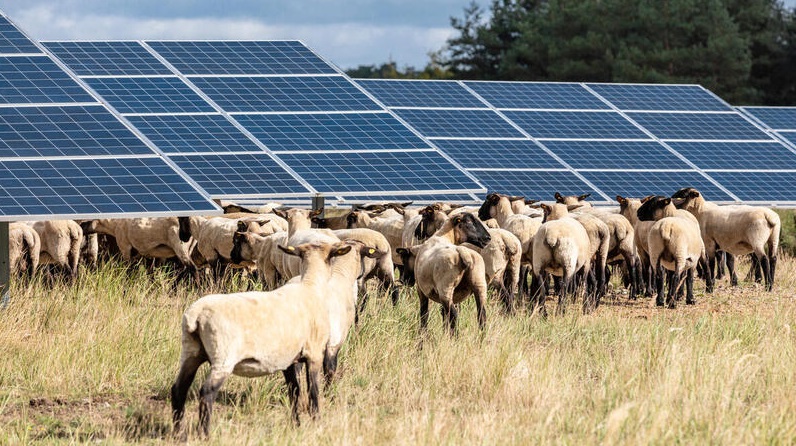 The EU is urging its 27 member states to use taxes on energy firms and polluters to fund a transition from Russian gas to clean energy sources for heating, cooking and electricity.

As reports came in of Russian forces shelling civilian targets in Ukraine on Tuesday, the European Commission unveiled a strategy to defund Vladimir Putin’s regime through a key trading relationship.

More than 40% of gas supplies to the EU come from Russia, with central and eastern member states most heavily reliant. Under the plan, named REPowerEU, officials claimed the bloc could cut the volume by two thirds in a year – but stopped short of calling for a ban.

Commission vice president Frans Timmermans said: “We have been too dependent on Russia for our energy needs. It is not a free market if there is a state actor looking to manipulate it…

“The answer lies in renewable energy and diversification of supply,” he said. “Renewables give us the freedom to choose an energy source that is clean, cheap, reliable and ours.”

REPowerEU outlines measures to speed up approval of wind power projects, roll out rooftop solar panels, accelerate the installation of heat pumps, and increase production of biomethane and green hydrogen.

The EU plan would cut demand for Russian gas by twice as much as the International Energy Agency (IEA) recommended last week and Timmermans said it would be “bloody hard” but “it’s possible”.

Refinitiv analyst Yan Qin told Climate Home: “The crisis is accelerating the energy transition to divert away from fossil fuels.”

As well as replacing gas with renewables, the EU aims to replace Russian gas with gas from other countries, brought in on ships or through pipelines. The most likely suppliers include the US, Algeria, Qatar and Azerbaijan.

Germany has struck a deal to build its first LNG terminal for importing gas, which is expected to start operations in 2024 at the earliest.

It did not go as far as some wanted. Ahead of the announcement on Monday, European Climate Foundation chief Laurence Tubiana tweeted in favour of “full energy sanctions”. Acknowledging that this would put pressure on EU households and economies, she argued that citizens were ready to support tough choices.

With partial sanctions, Tubiana said, “we are straining our economies while sending President Putin $700m in blood money every single day”.

Around the world, women are putting their lives on the line to defend the climate

Global Witness gas campaigner Tara Connolly said the renewables and renovation plans “could be the beginnings of the radical change the EU urgently needs”. But, she added, new gas terminals would “lock the EU into further dependence on expensive, climate-wrecking fossil gas”.

It remains to be seen whether member states are willing to implement the proposed measures, said Raphael Hanoteaux, senior policy advisor on gas transition politics at E3G, told Climate Home. Heads of state are due to meet in Versailles on Thursday and Friday. “That’s where it could be translated into real political action,” he said.

“The headline is great but all the rest is lacking. We don’t have many details,” said Hanoteaux. 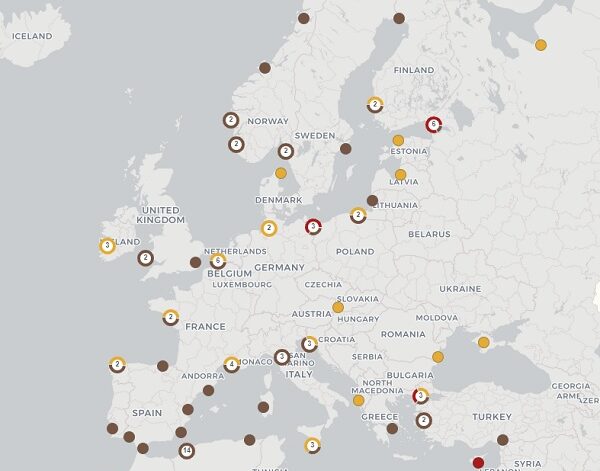 Europe’s existing LNG terminals in brown, proposed ones in yellow and under construction ones in red (Source: Global Energy Monitor)

The IEA has warned that importing more non-Russian gas would be expensive as the EU competes with other buyers for a limited amount of global supply. Prices were already soaring before the Russian invasion of Ukraine created further uncertainty.

The European Commission said that its renewable energy directive should be enforced by member states to make it easier for projects to get a permit.

“We can not talk about renewables revolution if getting a permit to build a wind park takes seven years,” Simson said. “It is time to treat these projects as being in the overriding public interest, because they are.”

Across Europe, wind power projects have been opposed by local citizens worried about their view or by conservationists concerned about their impact on wildlife.

The Commission aims to speed up programmes to place solar panels on rooftops and install heat pumps to replace gas heating systems. Timmermans described both these measures as “low-hanging fruit”.

Colombia: Youth anti-fracking activist tells why she fled the country

In the longer term, the Commission said that it wants the EU to produce more biogas from farm and food waste, and renewable hydrogen. This will have a minimal impact in the short term, its own analysis shows.

European citizens will be asked to turn their heating down. If every household and office turned its thermostat down by 1C, the bloc could save 10 billion cubic metres of gas a year.

Despite these measures, energy prices are expected to rise for consumers and businesses.

Simson said the EU ETS, which some governments have blamed for high prices, generates money that member states could use to soften the blow.