EU green investment rules facilitate the rollout of blue hydrogen, a fuel that could be more polluting than the fossil gas it is set to replace 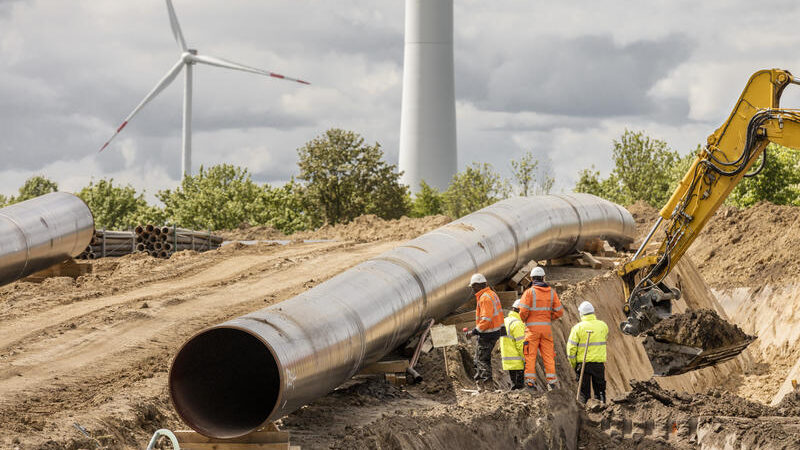 The oil and gas industry is promoting the use of “low-carbon” hydrogen derived from methane that is potentially dirtier than burning fossil gas for energy, scientists and analysts have told Climate Home News.

Observers say the European Commission’s decision to classify gas as a transition fuel in its green investment list leaves the door open to “blue hydrogen” projects with exaggerated climate credentials.

“Blue hydrogen is basically nothing but a smokescreen for more air pollution, mining, and fossil fuel use with hardly any CO2 benefit,” said Mark Jacobson, professor of civil and environmental engineering and director of the Atmosphere/Energy Program at Stanford University.

Unlike green hydrogen, which is derived from water in a process powered exclusively by renewable energy, blue hydrogen comes from methane, with the carbon dioxide emitted during production captured and stored.

The International Energy Agency reported last week that there are at least 50 blue hydrogen projects under development globally, and capacity is set to increase more than tenfold by 2030.

In a delegated act last year, the EU Commission set an emissions threshold of just over 3 tonnes of CO2e per tonne of H2 for hydrogen projects to comply with the green taxonomy.

“Which is not low enough to guarantee that it would be only renewable energy-powered hydrogen,” said Eleonora Moro, a hydrogen analyst at the E3G climate think tank. “It could include some types of high efficiency blue hydrogen projects.”

One such project is a joint venture announced by Equinor and Engie in December to produce “low-carbon hydrogen… at large scale and at competitive cost levels”. The companies claim that they will use a process known as autothermal reforming (ATR), which “allows for decarbonization rates above 95%”.

The project sponsors some editions of POLITICO’s Brussels Playbook newsletter, telling readers: “Hydrogen can accelerate the energy transition but we need to develop well-functioning markets and infrastructure. The H2BE project will help kick-start the Belgian low-carbon hydrogen market.”

ATR involves heating methane gas with a catalyst, then adding water to get hydrogen and CO2 that is then captured. Equinor says it will bury the captured CO2 beneath the North Sea.

The EU’s hydrogen strategy, published in 2020, says that “renewable  and low-carbon hydrogen can contribute to reduce greenhouse gas emissions ahead of 2030”.

Jacobson disputed Equinor and Engie’s claim that blue hydrogen can be classified as “low-carbon”.

Jacobson co-wrote a study last year which found, due to the increased amount of fossil gas needed to power the carbon capture and storage (CCS) process, blue hydrogen likely had a 20% higher carbon footprint than burning methane alone.

Comment: Why the hydrogen bubble could burst in Europe’s face

A paper by different researchers last month noted that developers’ promises of a 90-95% CCS success rate were based on theory, not practice.

“While these high capture rates are assumed in many national strategies and major reports, they have not yet been achieved in a large-scale commercial plant,” said the paper, published in the journal Applied Energy.

Another issue with blue hydrogen projects is that the methane feedstock can leak, with a short-term warming impact more than 80 times that of CO2.

Countries agreed at the last UN climate summit in November to reduce methane emissions by 30% this decade, and an EU Commission proposal seeks a ban on routine gas flaring and venting as well as penalties on leaks.

Yet the draft legislation doesn’t set specific emissions reduction targets, and E3G’s Moro said leakages – which may be as much as 4% in some countries – could only be penalised if effectively observed.

Eilidh Robb, an anti-gas campaigner at Friends of the Earth Europe, said that industry’s focus on blue hydrogen “shows a complete lack of understanding about methane emissions”.

“We talk so much about CO2 that methane has been overlooked and it’s only now we are starting to talk about that,” she said. “[Blue hydrogen] is a highly technological solution from the gas industry for them to continue to do what they have always done and we need to be deeply skeptical.”

A spokesperson for Equinor told Climate Home that in order for the EU to reach its decarbonisation aims, it “will need many forms of hydrogen with zero to low-carbon and environmental footprint. The volume needs are massive.”

The spokesperson added that Equinor “pursues a methane intensity target of near zero and are an engaged member of international efforts to reduce global emissions”.

Researchers also questioned if burying CO2 beneath the sea bed was a durable solution to the climate crisis.

Caitlin Swalec, research analyst and hydrogen specialist at the Global Energy Monitor watchdog, said that no matter how well it is stored, buried CO2 will “eventually leak and make its way back to the atmosphere”.

“This may happen over several hundred years, or a few decades. We don’t really know because we haven’t tested it,” she said.

The Intergovernmental Panel on Climate Change, in its 2005 special report on CCS, suggested that CO2 stored below 3,000 metres would be less likely to leak. At this depth, the gas becomes denser than water.

Equinor says it stores its captured CO2 “1,000-2,000 metres below the seabed” and Swalec said it was not clear how viable the storage was at such depths.

“In order to store CO2 long term under the sea floor, it needs to go very deep which means that it will require a lot of energy to store it,” she told Climate Home. “If it takes more energy (i.e. emissions) to store the CO2 than we remove, the project will cause more problems than it solves.”

These include problems at its Snohvit field in the Barents Sea, which saw one attempt at CCS aborted as the reservoir was at risk of collapsing, and a second paused as the injected CO2 was polluting the methane extracted from the site.

Statoil also mothballed its Mongstad CCS plant after less than a year of operations.

“Mongstad was meant to demonstrate that it was completely feasible to have carbon capture at gas-fired power plants and it was supposed to be 100% from 2014,” said Lundberg. “They ended up failing at their own project.”

Equinor and Engie say they are in talks with potential blue hydrogen buyers from “predominantly large, hard-to-abate industries”. These may include sectors such as cement and steel, where there are few low-carbon production methods.

The EU green taxonomy also encourages the use of hydrogen in gas-fired power stations, while gas grid operators are preparing to “blend” hydrogen into the fuel mix for home heating and cooking.

E3G’s Moro said that even for hard-to-abate sectors, there were “much more efficient alternatives”, such as renewable energy or green hydrogen.

She said there were “very strong economic interests” pushing for blue hydrogen across Europe, and that the guidelines as to what qualifies as renewable or low-carbon gas were too vague, as they stand, to discourage them.

“We know that fossil gas will have to be phased out in the EU so what do we do with all that infrastructure? The easy solution the fossil industry is selling is blue hydrogen.”

This article was amended after publication to add a response from Equinor.