Why the hydrogen bubble could burst in Europe’s face 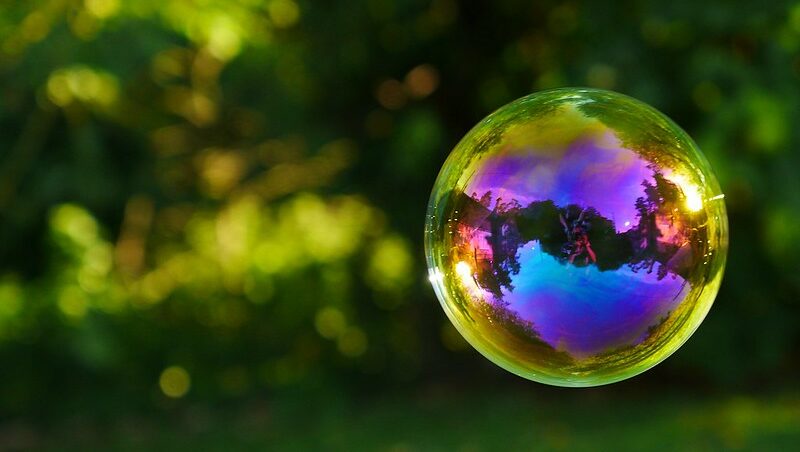 Until recently, the idea hydrogen would play a significant role in the European energy transition was limited to a few sci-fi enthusiasts who dreamed of hydrogen planes, trains, and automobiles. The development of a European hydrogen industry was not a serious topic of discussion among energy watchers. But in the last 12 months, hydrogen has moved from minor sideshow to the buzzword of Europe’s energy debate.

At the start of 2020, hydrogen did not receive a single mention in the European Commission’s Work Programme. Yet by July, the Commission had published a European Hydrogen Strategy and launched a high-profile Clean Hydrogen Alliance in an event that included three European energy ministers and CEOs of several multinational companies. This week, EU energy investment regulations are being adjusted to prioritise a ‘hydrogen backbone’. EU energy ministers have just endorsed a hydrogen declaration, promising billions in investment. The speed of this sudden hype, and the breathlessness of the promises, should make us pause for thought.

The idea of using hydrogen in the energy system is not new. As far back as the 1700s, scientists debated using hydrogen split by electricity from water to store energy, acting as a battery. Today, Europe does have a hydrogen industry, mostly to produce chemical fertilisers. But 99.9% of Europe’s hydrogen is produced from fossil fuels, made by splitting methane gas into carbon and hydrogen.

This helps explain why, despite its clean and futuristic image, the big oil and gas players have a big stake in the hydrogen game. Hydrogen Europe, the industry lobby organisation, is a veritable who’s who of the fossil fuel industry – including oil and gas majors like Total and Shell, gas grid operators, and oil and gas boiler manufacturers like Bosch.

Comment: Costa Rica and Denmark have set an end date for oil and gas production. The world should follow

It is important to understand that hydrogen is not a clean or a dirty source of energy – it is simply a vector to store and move energy around. The issue for the climate is carbon. If the production of hydrogen releases CO2, as from splitting methane gas, it worsens global warming. The fossil fuel industry claims that it can in future capture and store the carbon. In reality, the large-scale and secure storage of carbon remains unproven and uneconomic.

Nor is hydrogen efficient. When compared to its alternatives, both fossil and renewable hydrogen are very energy intensive and expensive. Five times more wind or solar farms would be needed to heat our homes with hydrogen than if we were to heat them directly with electricity using a heat pump. It is a similar story with hydrogen cars versus electric cars.

Most credible plans for fully decarbonising Europe’s energy system include a small placeholder for hydrogen after 2030 – for sectors like the chemicals industry, heavy shipping and airplanes that renewable electricity cannot reach. Nevertheless, Europe’s hydrogen industry is hyping up big promises – undoubtedly sensing an opportunity and potential billions in subsidies under the EU Green Deal.

Hydrogen Europe and its fossil fuel backers call on the EU to set ambitious targets for the production of hydrogen – both from renewable electricity and fossil fuels – for 2030 and 2050. It calls for the deployment of hydrogen everywhere: in transport, buildings, and industrial processes. Even to help balance the electricity system. All of this would require a massive industrial strategy, a dedicated planning framework, and lavish financial support. Yet from a baseline of nothing at the start of the year, everything the industry has asked for is now being given by the European Commission’s Hydrogen Strategy, and by many national strategies.

A central element in many of these strategies is the creation of a hydrogen alliance or council, dominated by executives from the oil and gas industry. It is a perfect case of corporate capture. The UK’s Hydrogen Council for example is co-chaired by oil giant Shell. The chair of the German Hydrogen Alliance is the CEO of an E.ON subsidiary.

The fossil gas industry has latched on to a strategy of driving the hydrogen hype. They are doing so because they are coming under increasing pressure from governments, public and campaigners keen to see effective climate action. Fuelling a debate about hydrogen helps the fossil gas industry kick the can down the road on the pressing need to keep the fossil fuels in the ground. Indeed, it helps them look like they are part of the solution to the climate crisis, rather than the problem.

Despite clear data on the inefficiency and the higher costs of hydrogen compared to direct electrification, decision makers appear to be more than willing to fall for the hype. The inescapable conclusion is that European governments are heavily invested in continuing to pump and to pipe fossil gas. It is far easier to buy the fairy-tale that hydrogen can substitute fossil gas, than to phase out gas boilers, downsize gas grids and cut oil and gas production.

Perhaps the most maddening part of this hydrogen bubble is how much it draws oxygen away from important conversations on how to implement the solutions needed for Europe’s energy transformation. Energy efficiency, replacing fossil fuels in the power, heating and transport sectors with renewable alternatives, and electrifying as much of our heating and transport as possible. Meanwhile, just like the hydrogen airship Hindenburg, don’t be surprised if this hydrogen bubble bursts in our faces.