Germany must bring African nations into its G7 ‘climate club’

The new German government must prioritise the climate crisis in its Africa policy, and make climate diplomacy with Africa a core component of its G7 presidency 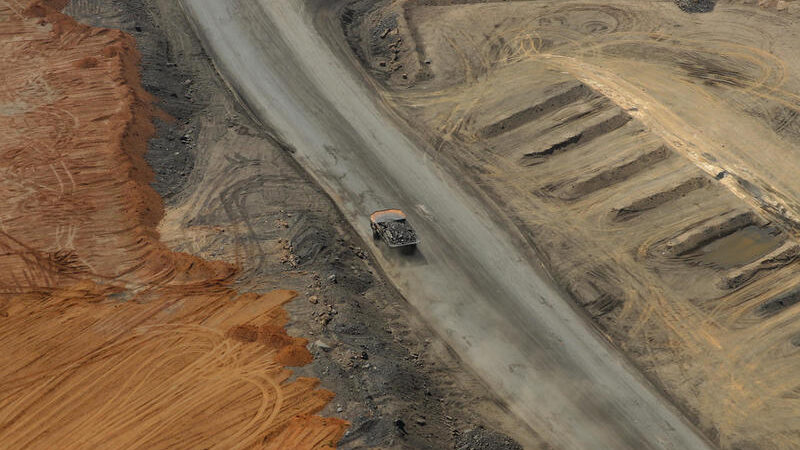 The entire continent of Africa, home to more than 1.2 billion people, has contributed a mere 2.73% of global cumulative emissions. In comparison, Germany, a country of less than 85 million inhabitants, has contributed 4%.

Nevertheless, Africa is facing the brunt of the climate emergency. The rates of temperature increase and sea-level rise are higher in Africa than the global average, according to a report from the UN’s World Meteorological Organization.

In 2020, deadly floods across the Sahel region compounded the socio-economic crisis caused by the COVID-19 pandemic. Climate-related disasters pushed the number of people affected by food insecurity up by 40%, and are the single leading sources of displacement.

Some African countries are already spending up to 9% of their GDP on measures to adapt to the climate crisis, according to a study published by the UN Economic Commission for Africa. The study notes that Africa’s spending is disproportionately high compared to its small contribution to global emissions and is also significantly higher than international resources available to the continent.

Africa’s investment, however, is a drop in the bucket of $30-50 billion needed per year by 2030, according to IMF estimates.

Germany’s new government has an opportunity to design, implement, and lead a different kind of engagement with African countries. It can do this by capitalising on what foreign minister Annalena Baerbock has said will lead the way Germany engages with the world and a centrepiece of its G7 presidency: climate diplomacy.

Germany should strategically partner with African countries in creating big, well-designed, whole economy solutions. Piecemeal approaches are no longer enough. The Just Energy Transition Partnership with South Africa, announced during COP26 in Glasgow last year, worth $8.5 billion over five years, is a start.

Like the South African partnership, solutions must be based on African countries’ priorities. The EU-Africa Summit in February would be a good opportunity to enter into further partnerships.

They however must go further with bigger, more ambitious sums that consist of more grants than loans. They must cover a wide range of issues, starting with the urgent need to adapt to the effects of the climate emergency, and extending to mitigation measures and large-scale infrastructure investments.

The International Climate Initiative, a German funding vehicle that supports the achievement of the Paris Agreement goals, can be deployed to develop such strategic partnerships and whole economy solutions.

Under its G7 presidency, Germany must then ensure that the club of rich, high emitting countries, who make up about a tenth of the world’s population but are responsible for more than half of cumulative emissions, pay for such solutions.

This could be included as a key component of the international climate club that Chancellor Scholz has been championing and that he has announced will be a key goal of Germany’s G7 presidency.

However, the climate club should not be an exclusive club of rich countries, but an alliance in which industrialised countries join forces with emerging and developing countries and work hand in hand on climate-friendly transformation.

On the security front, which has been the main obsession of Germany’s Africa policy: Germany needs to restructure and climate-proof its security policy. For there is no greater fuel of insecurity and displacement than the gradual and inexorable disappearance of livelihoods linked to the climate crisis.

Efforts to address security must directly address the loss and damage from the climate crisis while improving livelihoods. Focussing on this core existential crisis will therefore help Germany connect the dots on its apparent interests in Africa – especially security and displacement.

It is impossible to ignore the devastating effects of the climate emergency in Africa – a crisis Africans did not create and, perhaps because of that, do not have the resources to address. The crisis, however, also presents opportunities. It is an opportunity for African countries to recast their economies in ways that address the climate emergency while creating jobs, the key consideration for a continent of young people.

It is also an opportunity for Germany. As the largest economy in Europe, with a new government that seems intent on climate solutions, and which has made climate diplomacy a key part of its G7 Presidency, it is a chance to not merely support African countries’ efforts to address the climate emergency. It is also an opportunity to lead in climate diplomacy by providing a blueprint for how external actors can effectively partner with Africa.

Dr Olumide Abimbola is executive director of APRI – Africa Policy Research Institute, a Berlin-based think tank. He previously worked on trade and regional integration at the African Development Bank, and on natural resources governance at the GIZ.