More than 80 people died as the storm swept through Madagascar, Mozambique and Malawi, with the forecast not reaching some communities in time to evacuate 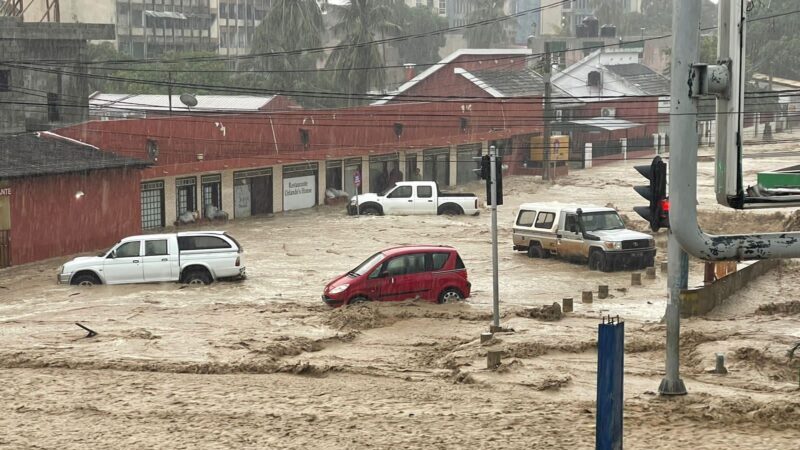 Storm Ana has wrought devastation across southern Africa, killing more than 80 and displacing hundreds of thousands of people. It has highlighted the need for investment in early warning systems and anticipatory action, as well as finance to help disaster-struck communities recover and rebuild, experts told Climate Home News.

Ana made landfall in Madagascar on 24 January, before hitting Mozambique, Malawi and Zambia. The storm caused extreme flooding, which destroyed infrastructure, homes, hospitals and forced up to 800,000 households to evacuate, said Chikondi Chabvuta, Care International’s Southern Africa advocacy lead, who is based in Malawi.

“We are yet to establish the full extent of the damage, but it is definitely in the billions [of dollars],” Chabvuta told Climate Home News.

In Malawi, the intensity of the storm was only forecast two days before it hit, giving communities in its path little warning to evacuate.

“We didn’t have enough time to go down to the communities to share the [news] with everyone,” said Chabvuta, adding that people in disconnected regions, without access to a radio or Whatsapp, were left in the dark.

Ana was spotted developing as early as 15 January, but at that time the intensity and track of the storm were uncertain, Liz Stephens, associate professor in climate risks and resilience at the University of Reading, told Climate Home News.

“It is more difficult to forecast the intensity of tropical cyclones than their track,” she said. “On top of that there are aspects to the impact that are incredibly difficult to predict, like which bridges or dams might fail.”

A study published in 2020 suggested that 2C of global warming would lead to tropical cyclones in the region becoming less frequent but more intense and wet – conditions associated with worse damage.

Chabvuta said humanitarian aid alone would not be sufficient to help communities in Malawi rebuild their lives and livelihoods. “Crops have been washed away or are waterlogged,” she said. “Food insecurity in the next few months is a given.”

The country is still reeling from Cyclone Idai in 2019, one of the worst tropical cyclones on record to hit Africa, which affected almost a million people in Malawi. “Storm Ana is bringing up the trauma from Cyclone Idai,” Chabvuta said. “When the cyclone hit Malawi, it opened up those memories from 2019.”

To build communities’ resilience and ensure they are better prepared for future storms, insurance mechanisms should be introduced, which enable quick payouts when a disaster hits, according to Chabvuta.

For example, the African Risk Capacity scheme paid out to the government of Madagascar in 2020 to help farmers cope with anticipated losses of crops and livestock to drought.

Preparing people for storms by running evacuation drills also helps reduce losses, Chabvuta said, noting that the two districts in Malawi with such a scheme in place experienced no fatalities.

Crypto Bubble: The hype machine behind a $70,000 carbon credit

In Mozambique, the Red Cross used early warning systems to protect people before storm Ana hit. “We had finance in place, ready to be disbursed to affected communities and evacuated the most vulnerable before the disaster hit,” he told Climate Home News. “Anticipatory action avoids a lot of human suffering and it is cost effective.”

The region is bracing for more storms. “Madagascar is currently preparing for a cyclone apparently more dangerous than Ana, Betsirai, which may displace more than 140,000 people,” said Timothy Irwin from Unicef Madagascar.

“It is likely to reach Mozambique within a week,” said Wilbrink. “We are on high alert for the next event.”