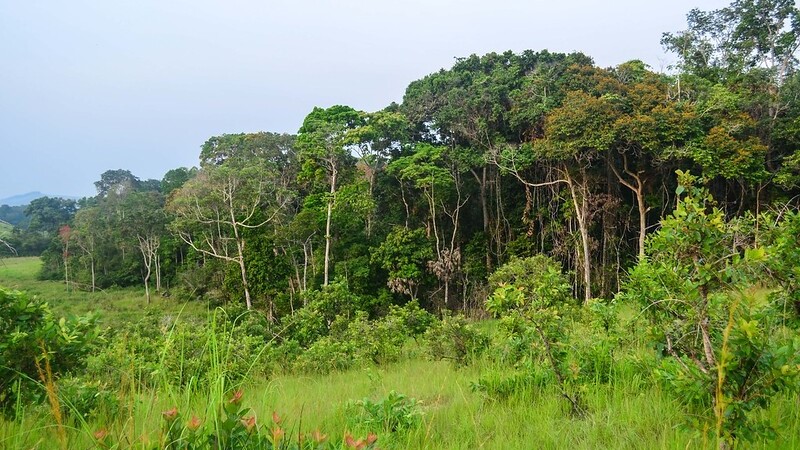 The west African nation of Gabon is 88% tree-covered and accounts for nearly a fifth of the Congo Basin forest, the world’s second largest rainforest and a major carbon sink. It has preserved much of its primary forest and boasts lower deforestation rates than its neighbours.

The park guard union Syneg says these efforts are coming under threat as hundreds of rangers from the national park agency ANPN are threatening to strike. They accuse the government of failing to pay them a fair wage on time and provide them with the necessary medical support.

A walkout would leave the forest largely unprotected against poachers and illegal loggers and gold miners, Sosthène Ndong Engong, secretary general of the rangers’ union Syneg, told Climate Home News. “We love the work we do but we cannot go on like this,” he said.

The government rejects the idea that a strike represents a threat to the parks. Gabon’s environment and forest minister Lee White told Climate Home park guards have a legal obligation to maintain a minimum service when on strike.

“Were there to be an issue the military would support the rangers in a park where staffing was considered dangerously low. But that has never been necessary,” he said.

Part of Gabon’s conservation success has been attributed to the creation of 13 national parks in 2002, which have become a haven for plants and wildlife.

The parks are a sanctuary to the critically endangered African forest elephants. While the species’ population fell 75% in the Congo Basin in the last 20 years, it increased in Gabon, which claims to be home to 65-70% of the global population.

Gabon’s eco-guards are tasked with keeping poachers and those illegally harvesting the forest’s resources out of protected areas.

Syneg was created in September 2020 as rangers became increasingly frustrated with pay and conditions. The union says park staff are frequently paid late, sometimes by several months, and have faced intimidation and threats if they speak up.

Union leader Engong said he has had to move home with his family every few months in the past year because his salary wasn’t paid on time to settle the rent. “We don’t understand that the agents of the national parks that make Gabon proud on the international stage are treated so badly,” he said. 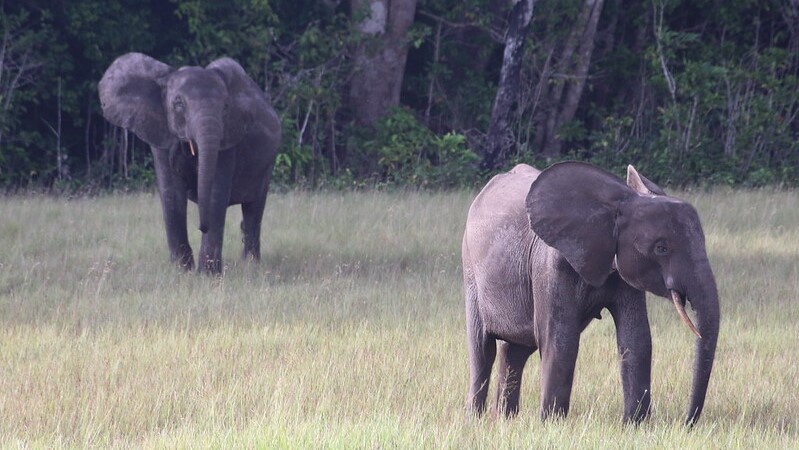 The rangers demand that wages be paid on time and increased to reflect the risks of the job, with complementary medical insurance, and a full institutional audit of ANPN. After two years of dialogue with the organisation’s leadership, the guards say they have got nowhere.

This week, Syneg members voted to give ANPN a two-month ultimatum to meet their demands. “We have to give them the benefit of the doubt that they will do something,” said Engong. If there is still no progress, they will consider strike action.

Minister White recognised that there had been delays to rangers’ salaries, citing an economic crisis and the strain on the treasury caused by the Covid-19 pandemic. “I am working hard to resolve it, but is a recurrent problem that is the main point of contention,” he told Climate Home.

White added that all guards are covered by the national health service and the government does not have the funds to provide them with private medical insurance.

Rangers in Gabon have gone on strike before but Engong said it would have negative impacts on wildlife and trees.

“If the strike goes ahead, these are enormous losses for the forest that ANPN will be responsible for. It would be catastrophic and scandalous,” Engong said.

“Eco guards are taking huge risks to protect the forest and their security needs to be guaranteed if we are to have assurances that national parks are being protected,” he said.

While international donors cover about two thirds of Gabon’s annual park budget, they don’t tend to fund recurring costs. Paying rangers’ salaries overwhelmingly falls on the shoulders of the government.

Yet, the situation is concerning to international donors funding forest protection in Gabon.

The Central African Forest Initiative (Cafi) is offering $150m to Gabon in result-based payments for reducing emissions from deforestation and land degradation over a ten-year period. Its largest funders include Norway, Germany and the UK.

A Cafi programme on expanding protected areas has a small budget set aside for hiring, training and equipping rangers to patrol new transboundary parks, but this has yet to be disbursed. Some support to rangers’ salaries is expected to start later this year but the initiative is not directly responsible for staffing of existing protected areas.

A spokesperson for the Cafi secretariat told Climate Home it took the matter “seriously” and that it had reached out to the Gabonese government and its implementing partners in the country.