The oil major has pulled out of a British project and paused South African exploration, as its climate targets require production to fall 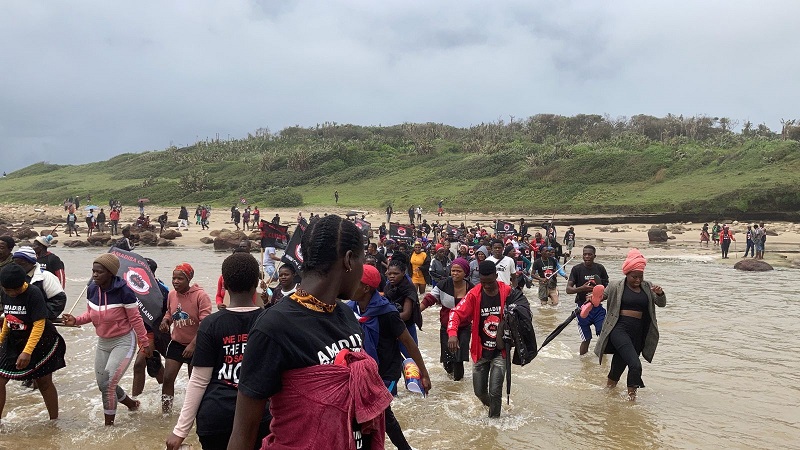 “The oceans are sacred to us,” said Sinegugu Zukulu, an Amadiba environmental activist. People in training to become traditional healers, known as sangomas, perform rituals on the beach to consult with their ancestors and many African churches perform baptisms in the ocean. “So we cannot allow our ocean to be used for activities that are going to lead to destruction and render the ocean useless to us.”

His warning is addressed at Shell, the European oil major that has paid ships to shoot soundwaves at the bed of the Indian Ocean in an attempt to find oil. Zuklulu and other campaigners took the oil major to court, arguing that local communities were not properly consulted. They say the seismic surveys will scare off fish and any future oil spill would devastate the region’s fishing and tourism industries and cause spiritual damage.

Just before the New Year, a high court judge made an interim ruling in their favour. He ordered Shell to stop drilling while the court case plays out. The timetable for the full case will be decided on Monday.

Shell has cancelled its contract with the survey vessel. As the weather window for surveying is closing, they are unlikely to start again any time soon. The oil major is “considering best way forward,” a spokesperson said.

Zukulu thinks the battle is far from over. “Shell doesn’t give up easily,” he said. “They have got deep pockets. They will always put up a fight”.

But Shell’s stomach for a fight may be diminishing. In December, it pulled out of the Cambo oil field development off the coast of Scotland, only a few months after a Stop Cambo campaign got organised.

A spokesperson said the “economic case for investment in this project is not strong enough at this time, as well as having the potential for delays”. Why would there be delays? Kayaking activists for one. Opposition from Scotland’s first minister Nicola Sturgeon for another.

Under its climate strategy, Shell plans to decrease oil production 1-2% a year on a path to net zero (with caveats) by 2050. That doesn’t mean drilling stops. Its wells have a natural decline rate of 5%. Shell is still exploring new frontiers, just more selectively, prioritising “value over volumes”.

Last May, a Dutch court ruled that the Hague-headquartered company needed to go further, in a landmark case. Shell was ordered to reduce its emissions, including those from customers using its products, by 45% between 2019 and 2030.

Sjoukje Van Oosterhout, who led campaigners’ research for the Dutch court case, said that for Shell to comply with the court’s ruling then “there’s not many other ways than decreasing oil and gas production all over the world”.

The company is appealing but the appeal will not be heard until late 2023 at the earliest. In the meantime, it is legally obliged to comply with the judgement although how this will be enforced is unclear.

Mike Coffin, a Carbon Tracker researcher and former BP geologist told Climate Home News that there was a divide between European oil majors like Shell, BP and Eni and US-based firms like Conoco Phillips, Exxon-Mobil and Chevron. 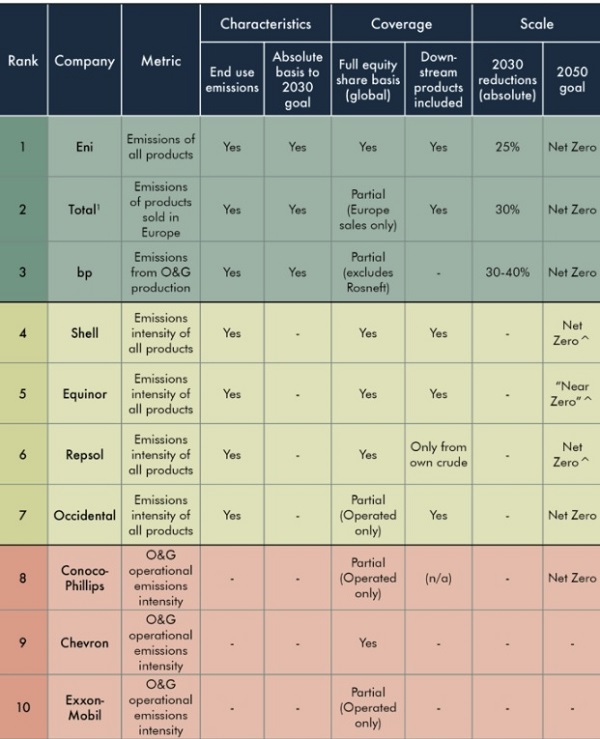 He said: “Those [European] companies… see lower long term oil prices perhaps than North American companies who may be a bit more bullish on how long the oil sector can continue.”

In Argentina, Equinor and Shell’s proposals for offshore oil exploration provoked thousands of people to protest in Buenos Aires last week. Protesters told AFP they were worried about oil spills and the effects of seismic exploration on sealife.

In the US, campaigners are challenging in court an auction of oil exploration licenses in the Gulf of Mexico. Joe Biden’s administration, under pressure from a Louisiana court ruling, launched an auction at which Shell bought several leases.

Elsewhere, Shell’s oil production has met less resistance. Shell holds a minority stake in Brazil’s offshore Mero oil and gas fields.  Claudio Angelo, communications co-ordinator at Brazilian NGO Climate Observatory, said this development is not a high-profile political issue, partly because journalists and campaigners are focused on emissions from the deforestation of the Amazon rainforest.

“Shell has long seen Brazil as a strategic lifeline as it faced setbacks elsewhere, for climate legislation or other reasons,” he said.

Other major Shell oil and gas production sites include those in Nigeria, Kazakhstan, Oman, Malaysia and Brunei where civil society is generally weaker and less focused on climate change.