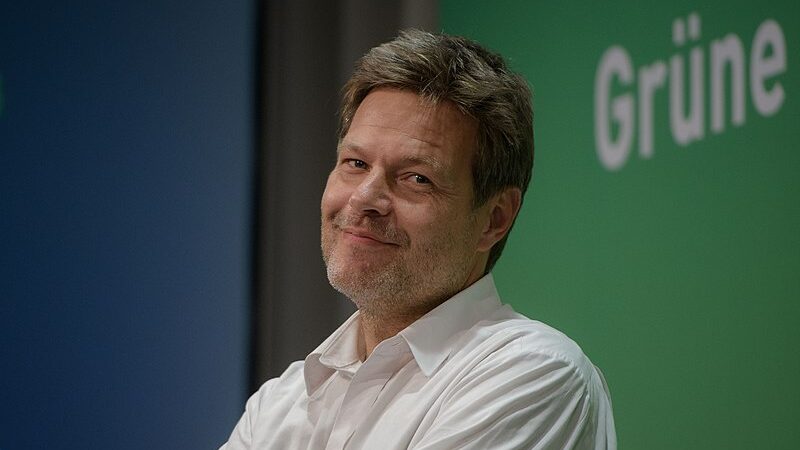 Germany missed its climate target for 2021 and is likely to miss them again this year and next, according to vice chancellor Robert Habeck, who said the country “must triple the pace of emission cuts” to reach its 2030 goals.

2021 was a bad year for Germany’s climate ambitions. Renewable electricity generation hit a two-year low due to exceptionally low winds and carbon emissions picked up again after a brief drop caused by Covid-19 restrictions.

As a consequence, the country missed its 2021 climate goals.

“We start with a drastic backlog,” admitted vice chancellor Robert Habeck as he presented Germany’s 2021 climate account in Berlin on Tuesday (11 January).

Under business-as-usual projections, Germany would achieve a mere 50% reduction in emissions by 2030, Habeck explained. “That would mean emitting 200 million tonnes of CO2 more” than the country’s target, he added.

“The climate protection measures taken to date are inadequate in all sectors,” he said, adding that Germany would likely “miss its 2022 and 2023 climate targets.”

In December, the “traffic light” coalition made up of the socialist SPD, the Greens and the liberal FDP assumed office in Berlin following 16 years of conservative rule by Angela Merkel.

Germany has cut emissions by 40% relative to 1990, according to official figures published in December. Now, the country would have to cut another 25% to achieve its 2030 targets, Habeck observed.

“To do this, we need to triple the pace of our emissions reductions and do significantly more in less time,” he pointed out.

With the Greens at the helm of a super-ministry responsible for the economy, energy and climate, expectations are high that the new government will be able to turn things around.

To that end, Habeck said he will present his first climate protection package in April, followed by a second raft of proposals sometime in the Summer.

In order to achieve what Habeck calls a “mammoth” task, the government is preparing a package of legislation for publication around Easter. The vice chancellor outlined seven priority measures that he hopes will be adopted by the summer:

“The realistic and unsparing stocktaking by the federal minister of economics Habeck matches the calculations of the industry,” said BDI president Siegfried Russwurm.

“The industry stands ready as a constructive partner in this enormous challenge,” he added, noting however that a massive expansion of gas power plants would be necessary to reach the country’s 2030 coal exit date.

“The question of how to finance new gas power plants has yet to be resolved,” he said, in a nod to ongoing Brussels debates on whether to award fossil gas a “transitional” green investment label.