Brussels is promising green infrastructure investment for African countries, but Beijing has a better reputation on the continent 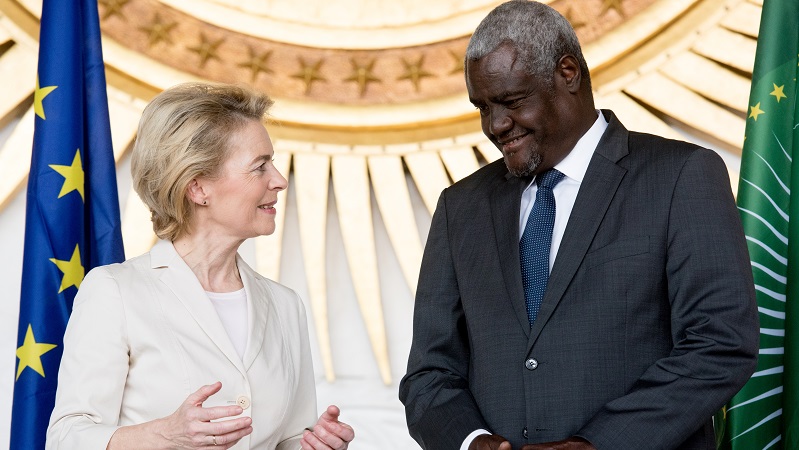 When the EU launched its global gateway initiative earlier this month, it was pitched as a greener and more transparent alternative to China’s belt and road.

Brussels pledged to mobilise up to $340 billion by 2027 to support a green and digital transition around the world. It announced the initiative the day after a major China-Africa summit ended in Dakar, Senegal, highlighting the contrast in approach.

Africa could certainly use the investment. The African Development Bank estimates the continent’s infrastructure needs at $130–170 billion a year, with a financing gap of $68–$108 billion. But African experts are sceptical of the EU offer.

While China has roads, bridges and dams to show for its 20-year-engagement with Africa, they say, the EU brings red tape and a lecture.

“Who listens and understands the context in which African countries are operating is going to be the better development partner,” Ovigwe Eguegu, a Nigerian policy adviser at consultancy Development Reimagined, tells Climate Home News.

“The EU is the one that doesn’t listen,” he says. “The EU now realises that Africa is serious about wanting to build infrastructure. In a way, the EU coming up with the global gateway is acknowledging that China got development in Africa right.”

The global gateway initiative includes €2.4 billion ($2.7bn) in grants for sub-Saharan Africa and €1.08bn ($1.2bn) for North Africa to support the roll out of renewable energy, energy efficiency and the greening of local value chains.

“It opens up a lot of new potential,” Cobus van Staden, a senior researcher on China-Africa relations at the South African Institute of International Affairs, tells Climate Home. But it raises more questions than it answers, he says.

For Faten Aggad of Algeria, a former advisor to the African Union’s high representative on Africa-EU negotiations, the proposal is disappointing and lacks a firm commitment to new and additional cash.

“China’s financing is through loans but at least it’s on the table,” she says. “As things are, China will certainly remain a much more attractive partner. The EU will need to up its offer if it’s to be truly relevant.”

Early results of a 2019/20 Afrobarometer survey, a research network that measures public attitudes in Africa, show that 59% of respondents think China’s economic and political influence is mostly positive – compared with 46% for former colonial powers.

One of Aggad’s key criticisms is that the EU did not consult African partners ahead of its launch – something echoed by other analysts.

“Was there consultation with African partners leading up to the global gateway? Zero,” says Eguegu. “You can’t expect any enthusiasm because there is just ignorance of what these promises will mean and how they will translate on the ground.”

In contrast, Beijing held meetings and consultations with African partners over several months in the run up to the Forum on China-Africa Cooperation in November. At the forum, president Xi Jinping announced China will direct a quarter of its IMF pandemic recovery boost to African countries – a more generous reallocation than any OECD country.

A ministerial meeting between the EU and the African Union took place in Kigali, Rwanda, in October, but relations with Brussels have become strained, says Aggad.

The union’s planned carbon border tax could be costly for some African exporters, with no corresponding support on offer to help them clean up their industries. And the EU insisted on a reference to the Africa-EU Green Energy Initiative in a joint ministerial statement, despite the African Union’s objection it had not been briefed on the plan.

“This is not anchored in a political process,” says Aggad, adding it was not the first time Africa’s view had been bypassed. “It doesn’t land well.”

An EU-African Union summit planned for February could be a moment to improve relations and develop concrete proposals. 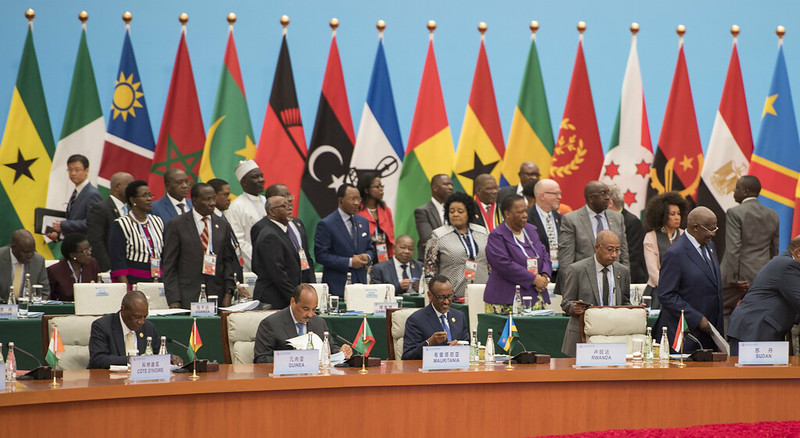 The European Commission has been open about the fact its global gateway is a direct response to China’s sprawling investments strategy.

China’s approach to infrastructure finance has been criticised for unfair procurement processes, lack of transparency and transfer of technology, promoting speed over quality, limited job creation and unfavourable terms that locked nations into debt. Some of that is changing.

Official EU documents state that the global gateway aims “to forge links and not create dependencies” and to invest in projects “that can be delivered with high standards, good governance and transparency”.

“We want to take a different approach. We want to show that a democratic, value-driven approach can deliver on the most pressing challenges,” Commission president Ursula von der Leyen told a press conference at the launch.

How this value-focused approach will translate on the ground is unclear. What the EU sees as good governance, many African nations see as onerous bureaucracy, lacking the institutional capacity to readily fill all the forms.

“I think the danger is that this might end up favouring richer countries,” says van Staden. With China there are fewer hoops to jump through, meaning projects can get started quickly. “And that’s important in Africa because a lot of these infrastructure projects are tied to the electoral cycles,” the South African explains.

In Nigeria, the EU’s environmental standards will be “a double-edged sword,” says Eguegu. While important for the energy transition, it is “secondary” to the stark infrastructure deficit faced by the nation, he says.

“Nigeria is not going to sit back and let the EU dictate whether it’s going to expand its hydrocarbon investments,” he added, but it will seek deals with other partners including China, Turkey or an increasingly engaged UAE.

This view is shared by others across the continent. According to Afrobarometer, 55% of Africans believe foreign lenders and donors should allow African governments to make their own decisions about how to use their resources.

Views on development cooperation from 34 African countries in 2019/21 in a survey carried out by Afrobarometer (Source: Afrobarometer)

For Eguegu, global gateway’s competitive framing with China is “problematic” and suggests the EU is more interested in the power play than providing infrastructure. What is needed to address the infrastructure deficit “is cooperation, not competition,” he says.

The scale of plugging this infrastructure gap is so vast, “no one partner is big enough to be able to deal with it,” says van Staden. “Geopolitical preoccupation shouldn’t undermine African agency in decision making.”

Where cooperation isn’t possible, virtuous competition between China and the West could help drive down the cost of projects and provide African countries with better borrowing deals, says Kenyan Patrick Anam, a lawyer and trade policy expert at Development Reimagined.

The EU has an edge over China in some areas. A report by the African Climate Foundation last week found that very few renewable energy projects are ready for development, largely because of technical expertise and feasibility studies that the EU could help bridge.

For Anam, the EU should bring the technological know-how and capacity building to speed up the transition away from polluting industries on the continent. “Building a huge solar park is pointless if we have to fly engineers from Belgium or France to come and fix it,” he says.

“African countries need to redefine what they really want from this relationship,” says Anam. “It’s not upon the EU, China, or the US to say this what you want. But Africa also needs to take its seat at the table knowing what it wants.”