Lawmakers have approved a reform to the Common Agricultural Policy, which critics say fails to deliver on the bloc’s Green Deal and climate goals 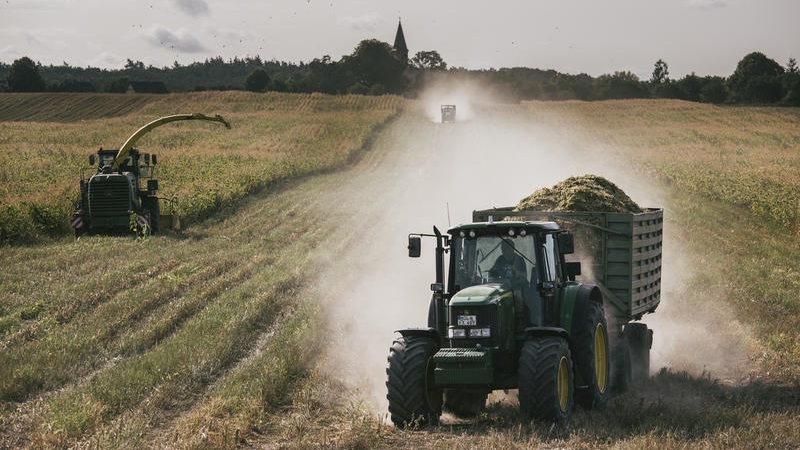 European lawmakers overwhelming approved a controversial reform of the EU’s common agricultural policy (Cap) on Tuesday, which youth activists and green groups say is inadequate to address the climate and biodiversity crisis.

In Strasbourg, European lawmakers signed off on the package following three years of negotiations with member states and the European Commission.

The Cap is a huge subsidy programme for farmers across the EU, which accounts for nearly a third of the EU’s agreed budget for the period 2021-2027. It has long been criticised by environmentalists for supporting large agribusiness interests, encouraging overproduction and negatively impacting biodiversity.

The European Commission in Brussels says the policy changes align the bloc’s agricultural policy with its climate objectives while providing a fairer distribution of support to small and medium-sized family farms and young farmers.

🚨 ACTION NEEDED: On Tuesday, MEPs will vote on the Common Agricultural Policy.

This #CAP is unfair, dangerous for our farming system and farmers and bad for the climate, biodiversity and animal welfare. ⚠️🆘

But youth activists and green groups argue the reform was watered down by member states and does little to support a move away from harmful farming practices.

Tilly Metz, of Luxembourg, a Green member of the EU parliament, described the deal as “inadequate to fight the climate and biodiversity crisis and the loss of small farmers all over Europe”.

“This is not a reform, or even a stepping stone for a reform. It is, indeed, a mess,” she said.

Comment: Why I am calling on EU lawmakers to put climate at the heart of agricultural policy

Under the reform, farmers receiving Cap support need to dedicate at least 3% of their arable land to protecting biodiversity.

Farmers can apply to voluntary “ecoschemes” that reward them for climate and environmentally friendly practices such as organic farming and agroecology. Member states must allocate at least 25% of their income support budget to these schemes. They have to redistribute at least 10% of the support to smaller farms and at least 3% to young farmers.

Peter Jahr, a conservative MEP for Germany, one of the lawmakers responsible for handling the negotiations with EU member states, told parliament compromises had to be made but he described the new Cap as “innovative” and “more environmentally friendly”.

The delivery model gives member states “more room for manoeuvre,” he said, accusing critics of being “full of mistrust” in member states’ willingness to implement the policy.

“Let’s give it a real chance to develop,” he said.

#CAP text approved. This deal is ambitious, consistent with the #GreenDeal and provides planning security for farmers. Now we call on the member states @eucouncil to put it into practice and make it suitable for all farmers. #CAPreform

Opposition lawmakers said the reform failed to align the EU’s agricultural policy with its Green Deal, citing the absence of a cap on payments to large agro-industry and that only a quarter of the support is earmarked to promote sustainable agriculture.

Green lawmakers said the farm to fork and biodiversity strategies already agreed by the EU, which include halving the use of pesticides, increasing the share of land under organic farming to at least 25% and that 10% of agricultural land show high diversity features by 2030, were not reflected in the new Cap.

And the draft strategic plans compiled by some countries “confirm our fear that the environmental ambition will be set as low as possible,” Metz, of the Green political grouping, said.

“It’s giving member states a blank cheque with no guarantees of good results on the ground. Member states will use the new flexibility to change exactly nothing about the status quo.”

The EU’s Court of Auditors found that the Cap has failed to cut the agriculture sector’s emissions and the proposed reforms lack measurable objectives and incentives to link the Cap with the union’s climate targets.

Christine Chemnitz, head of international agricultural policy at the Heinrich Böll Foundation, told Climate Home News that the Cap was “a major obstacle” for the EU to meet its climate objectives.

She described the policy change “a desperately missed opportunity” to transform the EU’s agricultural production.

“We need a lot of money to transform this productive system and we need a better Cap and completely different financing infrastructure to achieve it,” she said.