After announcing a 2060 net zero goal at Cop26, the oil producing nation will set up a national council to oversee the implementation of its climate plan 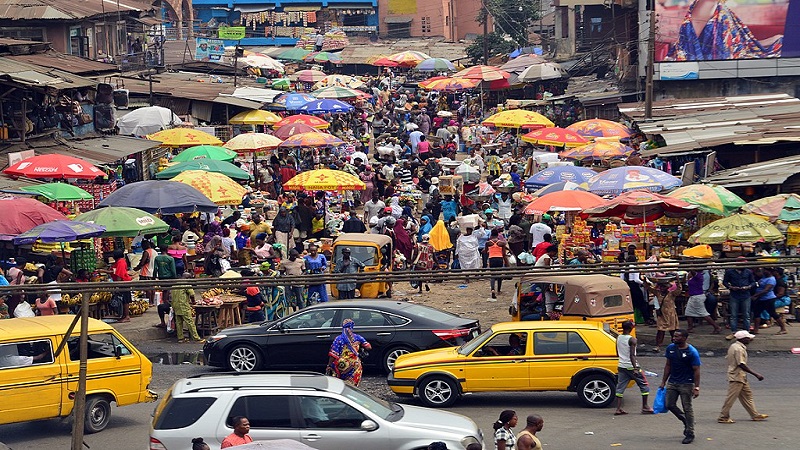 Nigeria has become the first major developing country to commit to set annual carbon budgets to plot its path to cutting emissions to net zero.

After announcing a 2060 net zero target at the Cop26 climate talks in Glasgow, president Muhammadu Buhari signed into law a climate bill committing his government to produce a sweeping plan to reduce emissions, adapt to climate change and set annual and five-year carbon budgets.

Chukwumerije Okereke, a professor in environment and development at Reading University who helped revise the climate bill, told Climate Home News: “This is the biggest thing that has happened in Nigeria with regards to climate governance”.

The bill’s sponsor Sam Onuigbo told Climate Home he had been trying to pass a climate bill for more than ten years. Okereke said support from environment minister Sharon Ikeazor and momentum from the Cop26 conference helped push the text over the line.

Nigeria is Africa’s most populous country and the continent’s biggest oil producer.

With nearly half of its citizens lacking electricity, Nigerian pundits have been divided between those calling for the country’s unused coal reserves to be tapped for power and those advocating for the fast roll out of renewable energy sources.

With support from the British embassy in Abuja, the bill is based on the UK’s 2008 Climate Change Act, which established regular carbon budgets and set up one of the world’s first climate change committees, which advises successive governments on what emissions targets to set and how to meet them.

At a Zoom seminar in September, British members of parliament and economists discussed their experiences of the UK’s act with Nigerian lawmakers. Okereke, who moderated the session, said the event “allayed their fears”.

While the UK’s carbon budgets are set by the independent Climate Change Committee, Nigeria’s will be set by the environment ministry and subject to approval from the cabinet. The first of these budgets is due to be announced by November 2022 and will set one-year and five-year emission reduction targets.

Only a handful of developed countries such as France, Sweden and Ireland set regular short-term targets for emission cuts. Other major emitters without such budgets include the US, Japan and Germany.

“Nigeria needs to be praised for this,” said Eugene Itua, a sustainability consultant who helped revise the bill. “We encourage other climes to follow suit.”

After Cop26, countries must turn climate promises into action on global shipping

The bill sets up a National Council on Climate Change which will oversee Nigeria’s climate plans.

The body will be headed by president Buhari and include relevant ministers, the National Security Adviser and the head of the central bank. Civil society will also be represented, with spaces reserved for women, youth, disabled people and the private sector.

The council will be similar to South Africa’s Presidential Climate Change Commission, which recently pressured the government to increase the ambition of its 2030 emissions reduction target by a third.

Nigeria’s current climate goal, set in July, is to reduce emissions 20% below a business as usual projection by 2030. With international financing, this target rises to 47%.

While oil provides the vast majority of Nigeria’s export revenues, the sector is also responsible for much of the country’s emissions.

The government has pledged to stop oil companies burning gas as a by-product and instead make them capture it and sell it as an energy source.

Okereke said the bill’s progress owed more to a “small team working very hard behind the scenes” rather than grassroots pressure from civil society.

“We just don’t have enough civil society muscle in the country that are pushing for climate action. Capacity is very, very low so they are not able to muster the resources, the time, the gravitas to mount pressure,” he said.

Nigerian environmental activist Olumide Idowu told Climate Home the new law was “a good start” but questioned whether a plan had been put in place to implement it.

Civil society, he said, should be engaged in the implementation phase. “We await that civil society will be allowed to give input that reflect the opinion of people. Not just being part of the council,” he said.