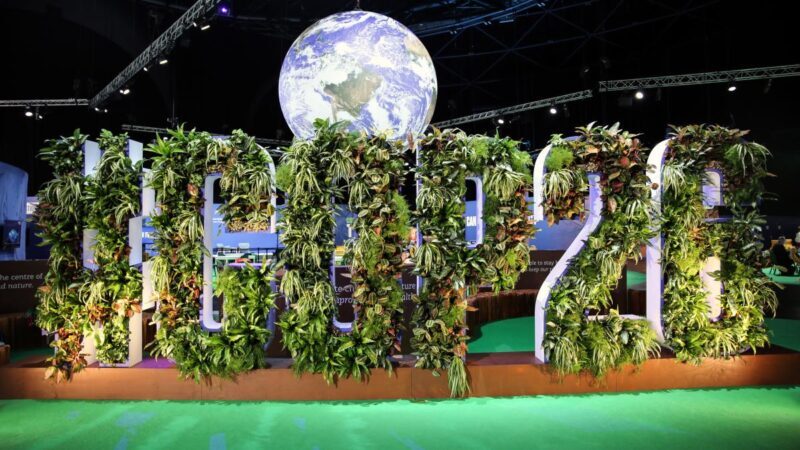 The "action zone" at the Cop26 venue in Glasgow, UK (Photo by IISD/ENB Mike Muzurakis)

As delegates of Cop26 took their final Covid tests, embarked on long journeys home and in some cases quarantined on arrival, we were digesting the outcome from Glasgow.

First and foremost, we unpacked the Glasgow Climate Pact. This set of documents is what determines how robust the process is for delivering and building on big ticket pledges made by leaders.

The big breakthrough at this summit was naming and shaming coal for the first time – albeit in language watered down by India and China. There were references to other solutions to the climate crisis including restoring nature and addressing non-CO2 gases like methane, reflecting a move towards implementation of the Paris Agreement.

In recognition that national commitments put us on track for significantly more than 1.5C global warming, the text called on governments to review their 2030 emissions targets next year. But most leaders seemed to think that applied to other countries, not their own, with laggard Australia quick to insist its goal for this decade was “fixed”.

Still, it gives a stick for activists to beat their governments with – and Cop26 president Alok Sharma has indicated he will be following up with capitals.

As all too often, African and vulnerable nations had to settle for weak assurances on finance to adapt to the impacts of climate change that are already hitting hard. Expect the Egyptian presidency of Cop27 to take up this theme next year.

And the inside story of how Papua New Guinea almost blocked the deal over the status of forest carbon credits gives an insight into the perils of consensus-based decision making. One passionate advocate for a niche issue can have the UN secretary general making phone calls at 5am.

One of the breakout stars of Cop26 was Mia Mottley, the prime minister of Barbados, who got attention for a rip-roaring speech in week one.

In a must-read profile, Chloé Farand examines Mottley’s reform agenda for the international finance system to deliver for those on the climate frontlines.