A space is opening to discuss oil and gas exit at Cop26. Lobbyists are pushing back

Denmark and Costa Rica have launched an alliance in Glasgow to phase out oil and gas production, but few governments are ready to take on energy incumbents 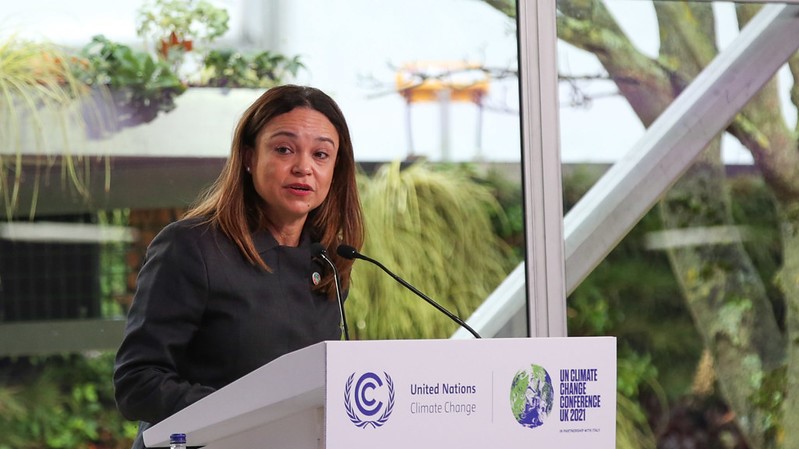 Denmark and Costa Rica are driving a push at Cop26 to end the age of oil and gas. But their efforts are running into entrenched fossil fuel interests at the UN climate talks.

Denmark’s climate minister Dan Jørgensen and Costa Rica’s minister of environment and energy Andrea Meza Murillo have pointed out the elephant in the room in climate negotiations: meeting the Paris Agreement goals requires a managed decline of oil and gas production.

Coal, oil and gas are not mentioned in the Paris accord. Many fossil fuel producing nations want to stick to talking about emissions rather than the energy sources behind them. And the influence of industry lobbyists is pervasive.

So the launch of the Beyond Oil and Gas Alliance (Boga) is symbolically important. It is a small group of first movers committed to setting an end date for oil and gas extraction and halting new concessions, licensing or leasing rounds.

“We hope that today will mark the beginning of the end of oil and gas,” minister Jørgensen told a press conference in Glasgow, UK.

“This might sound like a straight forward course of action, after all we are all charting a common course for net zero. And yet it is somehow provocative to state that we need to end our own production of fossil fuels.”

France, Ireland, Portugal, and Sweden joined the alliance, along with Greenland, Quebec and Wales. Together, the core coalition accounts for 0.2% of global oil production, according to 2020 data.

New Zealand and California, which don’t comply with the full membership criteria, joined the alliance as “associate members” while Italy declared itself “a friend” of the group. They bring the number to 0.8%.

“This is not an easy conversation. It never is,” Meza told Climate Home News ahead of the launch. “It will be challenging. But I am also surprised, impressed, that there is appetite for this.”

“What is new is the group of first-movers that are saying we can no longer ignore this conversation. The protection the fossil fuel industry is benefiting from is starting to crack,” he said.

Biggest crowd I’ve seen for a Cop26 press conference – because it’s about actual commitments to keep oil and gas in the ground, not just talking about it #BOGA pic.twitter.com/GrinSHhmCH

While the alliance set media and campaigners abuzz, the 503 delegates representing the oil and gas industry at the Scottish Events Campus are telling a different story.

From the Saudi Arabia to Japan pavilion, fossil fuel representatives have enthusiastically discussed how they can prolong the industry’s relevance by producing hydrogen from gas and deploying carbon capture technology.

“We are absolutely continuing oil and gas production. The world needs oil and gas,” Nigel Dunn, senior vice president at BP, told an event at the Russia pavilion this week.

Sergey Vakulenko, head of strategy at Gazprom Neft, who came to Cop26 as part of the Russia’s official delegation, told Climate Home it was “wrong” to take an “ideological” stance on energy sources and that governments should be “technology agnostic”.

“Eventually fossil fuels will probably have to be phased out,” he admitted after being called a “climate criminal” by youth campaigners gate-crashing the event. 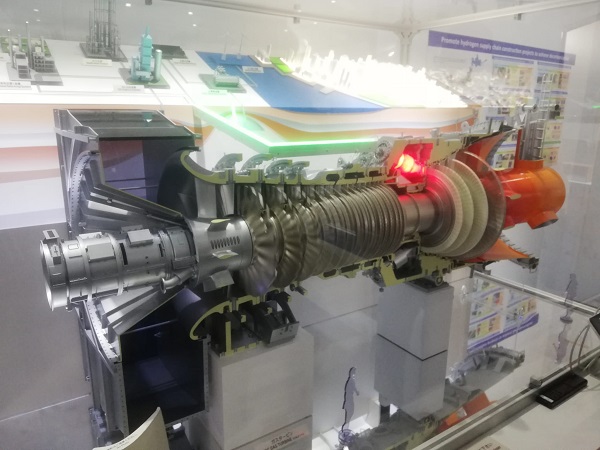 A model gas turbine from Mitsubishi Heavy Industries is displayed in the Japan pavilion at Cop26 (Photo: Chloé Farand)

In total, 27 countries registered fossil fuel representatives on their official delegation. Canada allowed two representatives from Suncor, a company which produces crude oil from tar sands, including Martha Hall Findlay, who was named as “a climate champion” by the UK government.

Having fossil fuel representatives on a delegation badge “legitimises them” and “gives them the feeling that they belong at the Cop,” one former climate negotiator told Climate Home.

This also means they have “easier access to lead negotiators” and while most of them don’t understand the convoluted language of UN diplomacy, their presence is enough to influence government decisions. “They don’t need to say anything but be there,” they said.

Asked about the presence of the fossil fuel lobby at a press conference, Cop26 president Alok Sharma would only say that each country is free to decide who joins their delegation.

Inside the talks, a group of producers have already made it clear they don’t want to have this conversation at the climate talks.

Saudi Arabia, the world’s largest oil producer, strongly resisted the inclusion of a sentence in a draft Glasgow pact to “accelerate the phasing-out of coal and subsidies for fossil fuels”.

Singling out coal sets a precedent for similar language on oil and gas in the future, something Riyadh doesn’t want to see.

And yet the wording of the draft, which doesn’t include a phase-out timeline, is a far cry away from what campaigners are calling for.

“Emissions from coal are less than half the problem – if the final declaration is to have any credibility it must call for a phase out of all fossil fuels,” said Murray Worthy, campaign leader at NGO Global Witness.

Scientists have been warning for years that the rate of planned oil and gas extraction globally is incompatible with the goals of the Paris Agreement. Campaigners translated that research into the slogan “keep it in the ground”.

Earlier this year, the International Energy Agency, the world’s most influential – and historically conservative – energy forecaster, backed them up. It analysed what it would take to reduce energy emissions to net zero by 2050 and hold global heating to 1.5C, the most ambitious goal of the Paris Agreement.

In that scenario, the IEA concluded, new investments in unabated coal, oil and gas production needed to stop by the end of 2021.

The fact only a handful of small producers joined Boga shows that setting a firm end date for ending production is challenging even for would-be climate leaders.

The UK host, which ranks as the world’s 20th largest oil producer, did not sign up. Nor did Spain, despite having legislation to quit oil. Norway, the US and Canada, big oil producers who signed up to a statement calling for high ambition at Cop26, were absent.

Instead, they confined their action to operational initiatives like a pledge to cut methane emissions by preventing leakage from oil and gas infrastructure. Even that was too big a commitment for some, with Australia and Russia staying out of it.

Worthy, of Global Witness, said: “There is no way the world can cut methane emissions fast enough while the oil and gas industry is still growing. The single most effective way of stopping methane emissions is also incredibly simple – phase out the use of climate-wrecking fossil fuels.”

While fossil fuel production has long been “a blind spot” of the UN climate talks, the conversation “is now here at Cop,” said Dale Marshall, national climate program manager at Environmental Defence in Canada.

“It should be resonating within these halls and it should be the framework for negotiations. But that’s not happening.”