Agreeing on rules for a global carbon market has become a high-level political focus of the Glasgow summit but experts warn getting it wrong will undermine 1.5C ambition 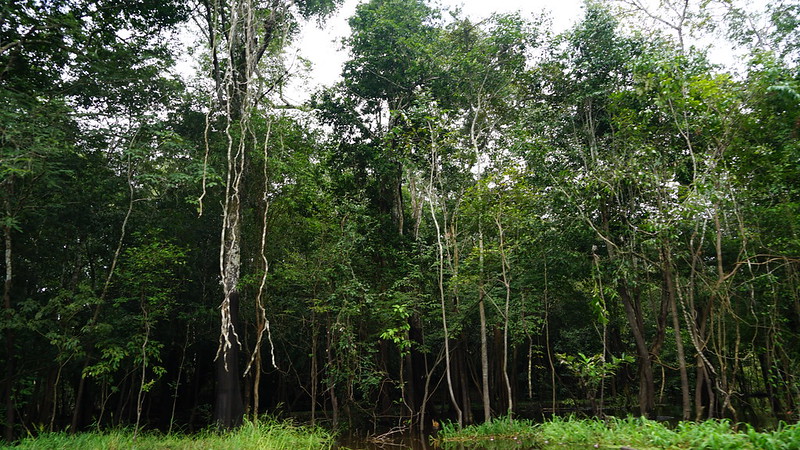 As diplomats prepare to travel to Glasgow for the Cop26 climate talks, it remains touch-and-go whether countries will be able to finalise rules for a new global carbon market.

Under the Paris Agreement, countries agreed to set up a carbon trading system to help decarbonise the global economy at lower cost. It is known as Article 6 and has proved the hardest part of the Paris rulebook to agree.

The market would allow nations to finance carbon-cutting projects in another countries and count the avoided emissions towards their own climate targets. But without robust accounting rules, it has the potential to undermine the Glasgow summit’s key objective: to keep 1.5C – the most ambitious goal of the Paris Agreement – within reach.

If countries want to demonstrate they are serious about “keeping 1.5C alive” then “having good, robust rules on carbon markets is paramount,” Yamide Dagnet, director of climate negotiations at the World Resources Institute, told Climate Home News.

Several experts told Climate Home News the chances of a deal in Glasgow were 50-50. “It’s going to be a real chess game,” said Dagnet.

“We will get the best deal we can and take a decision on this,” Diann Black-Layne, of Antigua and Barbuda, lead negotiator for the Alliance of Small Island States (Aosis) told Climate Home. “A delay in getting a deal will only benefit the fossil fuel industry.”

The UK government has made resolving the issue a critical objective in Glasgow, recognising that several countries intend to use the carbon market to help them meet their 2030 climate targets.

China, which has recently set up its own carbon trading system, and Russia, which hopes to use its forest sink to sell carbon credits, have shown growing interest in getting a deal done.

But the task ahead is significant. The issue dominated the last climate talks in Madrid in 2019, yet after two days of overtime it ended with no fewer than nine draft texts.

During these meeting, countries largely “repeated previous positions” meaning “more work is clearly required” for a compromise to be found, according to a summary of the final pre-Cop26 ministerial meeting.

Heads of delegations were called in for a final meeting on the issue on Friday before the start of Cop26 on 31 October.

The three most contentious issues are likely to require a political resolution. These include whether to accept some double counting of emissions reductions, the transition of old Kyoto-era credits into the Paris regime and whether a share of revenue from bilateral carbon trading agreements should go to the Adaptation Fund.

Brazil and Australia have been among the most vociferous advocates of looser rules, clashing with the EU and vulnerable country groupings over environmental integrity.

There are some signs of Brazil softening its stance on allowing old Kyoto credits to enter the new market. Brazilian business group CEBDS has called on the government to compromise by allowing corresponding adjustments to be made so carbon reductions are not counted twice.

While ministers have recognised possible trade-offs between issues and with the wider Cop26 agenda, how this could be translated into an overall deal still isn’t clear.

One European official told Climate Home some countries were ready to water down some environmental integrity standards to get Article 6 over the line in Glasgow.

And analysts agree that unless countries such as Brazil show a radical change in their positions, any compromise will require loopholes.

“The question is how many loopholes will a deal have and how long will these loopholes last for,” said Lambert Schneider, a carbon market expert at the Germany-based Öko-Institut.

The chair of the scientific and technological body of UN Climate Change, Tosi Mpanu Mpanu, compiled in an informal paper options that have broad support and which could form the basis for a deal.

Some of the options include introducing time-bound opt-out period that would allow double counting emissions reductions and limiting the number of Kyoto-era credits in the new system by capping them in volume or allowing them for a restricted time period.

Ministers warned that some of the options for compromise are “not consistent with the aim of raising ambition” and the 1.5C temperature goal.

Small island states, Latin American countries and the EU have strongly opposed any double counting of emission reductions. Kelley Kizzier, of the Environmental Defense Fund, said preventing double counting was “a fundamental requirement for any effective carbon market”. With that ruled out, “a deal is certainly within reach,” she said.

But “negotiators may accept some short-term undermining of integrity as long as the system can be fixed in the long term and in the right way,” Schneider told Climate Home.

Demand for Kyoto-era credits is “already sapped,” said Brad Schallert, WWF’s director of carbon market governance, and any country that decides to count these cheap credits with little climate benefits towards its climate plan would suffer “serious reputational risk”.

The middle ground on allocating a share of the market’s revenue towards adaptation finance is less clear.

The mechanism was designed to ensure predictable adaptation finance for vulnerable nations. If rich countries can’t agree to it in the context of Article 6, “they need to come with an alternative” for meeting that need, Dagnet said.

Overall, the carbon market is supposed to help countries enhance their ambition, not lower it.

Gilles Dufrasne, policy officer at Carbon Market Watch, warned that the high-level political attention on Article 6 risked pushing countries to seek a deal at any cost.

“This Cop should not be about Article 6, it should be about finance, ambition and keeping 1.5C alive and not on what extent to compromise on environmental integrity just to have a carbon market,” he said.