Biodiversity talks are running out of time for robust deal, says top diplomat 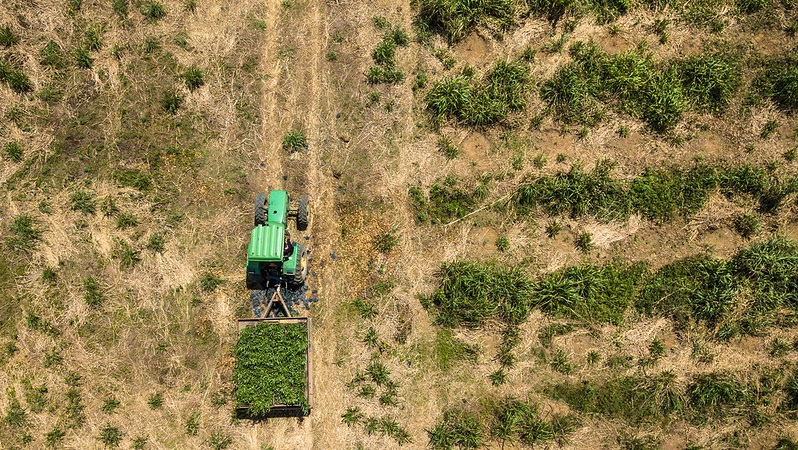 Biodiversity negotiators are running out of time to land a robust agreement to protect the planet’s plants and wildlife this decade, a top diplomat has warned.

Countries are due to meet in Kunming, China, 11-24 October to agree on a framework to halt the decline and extinction of species by 2030 and allow ecosystems to recover by 2050.

But preparatory talks have been delayed by the coronavirus pandemic. Five weeks into a six-week online session, Basile Van Havre, co-chair of the negotiations, told Climate Home News they still had a lot of catching up to do.

“That October date is very soon. And we know that there is a significant amount of negotiation that needs to take place. We need to look seriously at whether it’s possible to meet physically in September or not. If not, we don’t have the time,” said Van Havre.

“So we either get a work programme that enables us to reach the goal that we have, which is an ambitious framework. Or, if we reduce the work plan, then we’re going to have to change the expectations for the [Kunming summit].”

Comment: All hands on deck! We must use online tools to make climate talks more inclusive

Van Havre said negotiators were struggling from fatigue, with many working through the night to accommodate time differences.

While nations have come prepared and willing to exchange views, “we are not getting to the compromise-making, solution-building stage,” Van Havre said. “And that’s a big concern.”

Negotiating online has made it more difficult to create the sense of a collective project, he added. In more normal times, concessions are often made at the end of intense face to face discussions. Online, “the sessions come to an end, you switch off your screen and that’s it”.

And some find it harder to participate than others. Van Havre told Climate Home there had been reduced engagement from Africa, where many delegates are juggling diplomatic responsibilities with full time jobs in government ministries.

Unlike discussions in the climate space, where there remain only a few points of negotiation to finalise the rules of the Paris Agreement, biodiversity negotiators are tasked with thrashing out a full global agreement to protect nature for the next nine years.

For Li Shuo, senior policy officer at Greenpeace East Asia, this is “pushing multilateral online negotiations to its limits”.

Georgina Chandler, senior international policy officer at bird charity RSPB, told Climate Home virtual negotiations had been constructive in many ways but many contentious issues were being deferred. “We are running out of time and space,” she said.

Critical areas of disagreements are emerging. Mobilising finance to help developing nations implement the deal has “really come to a head” and “infiltrated all the discussions” over the last round of talks, said Chandler.

Proposals for a robust accountability and reporting mechanism to monitor and compare countries’ efforts to meet global targets against a set of performance indicators are also in the firing line.

“There is a group of countries that are very protective of their national prerogative [and] don’t want to be told by a system. And that’s, Brazil, Argentina, China, Malaysia,” Van Havre told Climate Home.

He added that without common reporting rules, no-one was able to measure progress or ensure countries were on track towards meeting common goals.

Campaigners say this is one reason why the world failed to meet any of the internationally agreed biodiversity goals in 2020.

“There is a significant lack of accountability in the process,” said Chandler.

Van Havre said the talks are “at a critical point” and he remains optimistic an ambitious framework can be achieved. “I think all of us need to remain flexible, adaptable. I see that parties are willing to consider change, in order to get the result we want.” That, he said, “is really good news”.