The alliance of Canadian oil producers makes no mention of winding down oil production, which modelling shows is necessary to achieve global climate goals 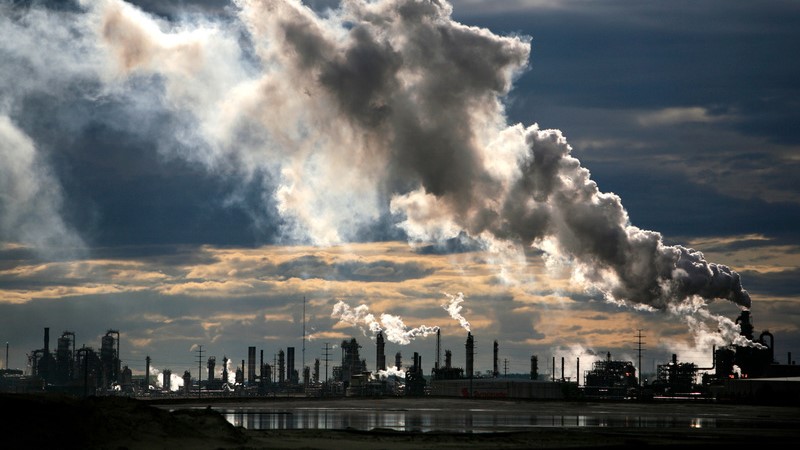 Canadian tar sands producers have committed to achieve net zero emissions in their operations by 2050 to “help Canada meet its climate goal” while continuing to extract and produce oil for the next 30 years.

The companies, which together operate about 90% of Canada’s tar sands, said they will work with the Canadian government and the provincial government of Alberta to roll out technologies that will enable them to cut emissions from their extraction and production process.

Prime minister Justin Trudeau has committed to achieve net zero emissions by 2050. In 2018, the oil and gas sector was the largest source of Canada’s emissions, accounting for 26% of its total, according to government data.

Tar sands companies said the alliance aims to “develop an actionable approach” to cut emissions while “preserving the more than $3 trillion in oil sands contribution” to Canada’s economy to 2050.

But they made no mention of phasing out production. The “net zero” strategy does not extend to emissions from consumers burning the oil, which are many times larger than those from the extraction process.

In fact, planned oil production in Canada would lead to a 17% expansion between 2019 and 2030, according to recent analysis by Stockholm Environment Institute.

This goes against modelling by the International Energy Agency (IEA), which found that new investments in expanding oil and gas production must stop by the end of the year for the sector to achieve carbon neutrality by 2050.

“This kind of greenwash is worse than meaningless – it’s dangerous,” Alex Doukas, senior consultant at the Denmark-based KR Foundation, said of the alliance. “It fails to cover emissions associated with the tar sands products themselves. Nobody should cheer this nonsense.”

Laurie van der Burg, campaigner at Oil Change International, told Climate Home News: “These plans lack the one and only action that is most vital to cutting emissions: cutting dirty oil and gas production.

“If the Canadian tar sands net-zero alliance cared about climate action it would have committed to cut production by 2030.”

Van der Burg added that tar sands producers risked facing litigation over the plans, citing a court ruling against oil giant Shell, which established that real emissions reductions were necessary for oil and gas companies to meet their obligations under the Paris Agreement.

According to the UN Environment Programme, global oil production must fall by 4% every year between now and 2030 to maintain a chance of staying below 1.5C of warming.

Because it is thick and viscous, oil from tar sands takes a lot of energy to extract and refine, making its production three to four times more greenhouse gas intensive than conventional crude oil.

To meet the goal, the alliance plans to create a corridor to link oil sands facilities from Fort McMurray to the Cold Lake regions and channel CO2 to a carbon sequestration hub.

Energy efficiency measures, electrification of operations, producing hydrogen and carbon capture and storage technology would be deployed requiring “significant investment” from both the industry and government, the companies said.

The alliance said “internationally recognised forecasts” indicate fossil fuel will continue to be part of the energy mix to 2050 to justify the initiative – contrary to the latest IEA net zero report.

“Every credible energy forecast indicates that oil will be a major contributor to the energy mix in the decades ahead and even beyond 2050,” said Sonya Savage, Alberta’s minister of energy, claiming this would lead to the production of “net zero barrels of oil”.

“Canadian oil sands producers said on Wednesday they would form an alliance to achieve net-zero greenhouse gas emissions from their operations by 2050”https://t.co/WjuVD53quZ pic.twitter.com/bTyUKwHk4m

Under the IEA’s first comprehensive 1.5C scenario, the agency projects a drop in oil demand of 75% between 2020 and 2050, with fossil fuels supplying slightly over one-fifth of total energy by 2050.

Tzeporah Berman, chair of the Fossil Fuel Non-Proliferation Treaty Initiative, described the alliance as “absurd”. In a tweet, she said measures to reduce emission intensity and develop carbon capture and storage were “clearly not enough” to help the world meet its climate goal.

One of the main checks on tar sands producers’ bullishness is organised opposition to infrastructure projects to connect Alberta to key export markets.

On Wednesday, TC Energy abandoned plans for the Keystone XL pipeline, which would have transported 830,000 barrels of oil a day to refineries along the US’ Gulf Coast. The decision comes after Joe Biden revoked permits for the pipeline expansion in January.

It was hailed a victory by climate campaigners and indigenous communities who fought the project for a decade.

“Keystone XL is now the most famous fossil fuel project killed by the climate movement, but it won’t be the last,” said Jamie Henn, co-founder of 350.org. “Now it’s time to go a step further and say no to all new fossil fuel projects everywhere.”

On Thursday, the Fossil Fuel Non-Proliferation Treaty Initiative published research warning that ending the expansion of the fossil fuel sector was not enough to keep the 1.5C within reach, and an exit strategy from existing production is required.

The study, from the Institute for Sustainable Futures at the University of Technology in Sydney, found that carbon emissions from existing fossil fuel projects would lead to 66% more emissions in 2030 than is compatible with a 1.5C trajectory.

Professor Sven Teske, who led the research, said: “National governments must establish binding limits for the extraction volumes for coal, oil and gas,” adding that new investments risked becoming stranded because of the falling prices of renewable energy.