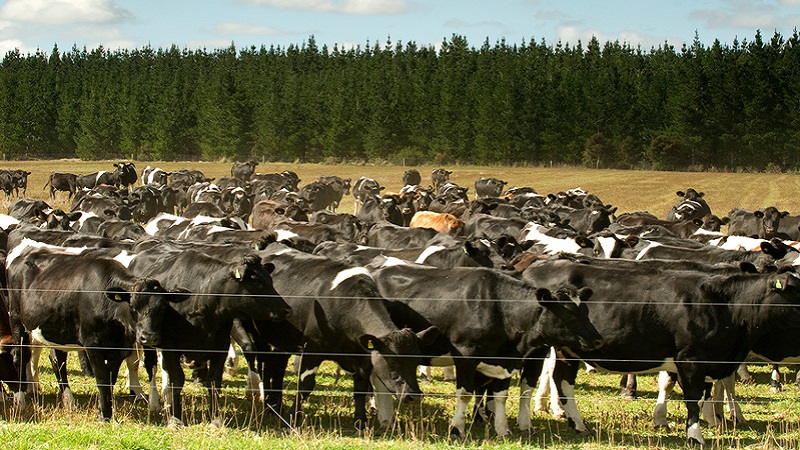 New Zealand’s government has welcomed its official advisers’ advice on carbon budgets up to 2035 but critics say these budgets are under-ambitious on livestock and over-reliant on international offsets.

The Aotearoa Climate Change Commission’s advice was published on Wednesday and outlines how to reduce long-lived climate pollutants like carbon dioxide by 63% between 2019 and 2035.

The Climate Commission’s final advice is out. More to come but a few key points to start:
✅Govt making good progress, but more action required
✅Economic cost of delay is higher than acting now
✅Meeting targets is achievable and affordable
✅Every Minister has a part to play

But Greenpeace New Zealand said there was a “cow-shaped hole” in the plan. “The Climate Change Commission’s final plan seems more anxious about placating big dairy than doing what is scientifically necessary to avert the climate crisis,” said campaigner Amanda Larsson in a statement.

The plan envisions just a 17% reduction in biogenic methane between 2019 and 2035. Biogenic methane is a greenhouse gas produced by plants and animals. For a developed country, New Zealand is unusual in that nearly half its greenhouse gas emissions come from agriculture, with methane from livestock accounting for almost three quarters of the sector’s emissions.

“New Zealand has the world’s highest methane emissions per person, largely thanks to those six million dairy cows. The Commission’s goal of a 16% reduction in methane is not only insufficient, it’s unlikely to succeed because it relies on voluntary measures and future techno-fixes, like the fabled methane vaccine,” said Larsson.

The commission was also criticised for its acceptance of international carbon offsets as a “last resort”. This is where other countries reduce their emissions and count the progress towards New Zealand’s targets.

“To achieve the NDC [climate plan], Aotearoa will need some offshore mitigation,” it says. “This is not about doing less domestically – but about increasing the contribution Aotearoa makes beyond what is possible at home”.

Cindy Baxter, from Climate Action Network Aotearoa, told Climate Home News she was “concerned” about offsets. “This should not be what net zero looks like,” she said.

The commission left the task of setting a 2030 emissions reduction target to government. It said: “Science alone cannot determine the share Aotearoa should contribute to those global reductions. Reaching a conclusion on this also depends on social and political judgements about international equity. These should be made by the government of the day.”

While not dictating a figure, the commission has said the new target should be “much more than 36%”. The government has said, now it has the commission’s advice, it can work on the detail of its updated national contribution to the Paris Agreement plan, including a more ambitious 2030 target.