After the citizens’ assembly complained they had not been fully listened to, lawmakers submitted over 4,000 amendments to Macron’s landmark climate bill 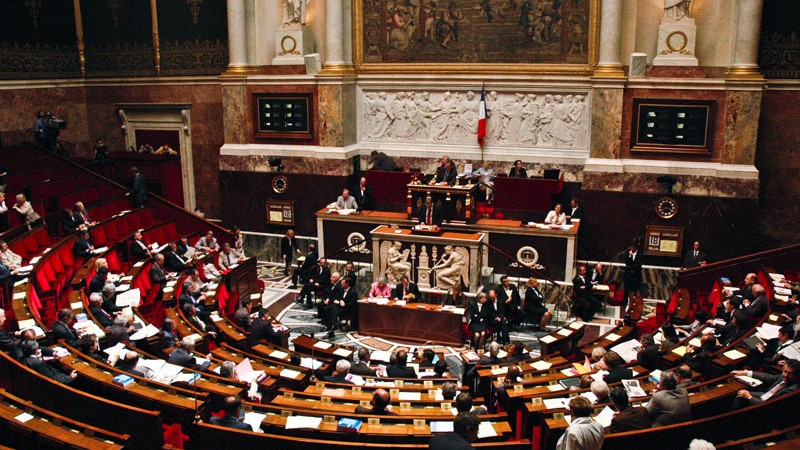 French lawmakers are heading for a political battle over the government’s climate bill after the country’s citizens’ assembly slammed the text as insufficient to meet France’s climate goals.

On Wednesday, the day after the assembly’s final verdict, members of parliament submitted more than 4,000 amendments to the government’s proposed climate and resilience law.

Mathilde Panot, of the left-wing party France Insoumise, told Climate Home News: “The ambition is extremely weak and doesn’t respond to the needs of our time… They made a mountain of it and in the end there is only a mouse.”

The bill creates the legal framework to implement just under half of the French climate assembly’s proposals. It seeks to accelerate France’s energy transition and is anticipated to be Emmanuel Macron’s government last major reform ahead of elections in 2022.

The climate assembly of 150 citizens was tasked to come up with measures to reduce the country’s emissions at least 40% by 2030 from 1990 levels “in a spirit of social justice”. It was created in the wake of the “yellow vest” protests that were sparked by a 2018 hike in fuel tax.

But those who took part in the novel democratic exercise, which concluded last month, have been left unimpressed by the government’s proposal to act on their recommendations.

In a detailed assessment of the climate bill, the assembly scored the text 3.3 out of 10 for reflecting their recommendations. Of the assembly’s 150 members, 123 took part in the vote.

Asked whether the bill will allow France to come close to reducing its emissions by 40% by 2030, compared with 1990, their response was even harsher: averaging just 2.5 out of 10. Nearly 60% of respondents described measures proposed by the governments as “unsatisfactory” to meet the climate goal.

Since the creation of the assembly in October 2019, France as part of the European Union agreed to deepen emissions cuts to 55% between 1990 and 2030. Campaigners say the proposed bill won’t be enough to meet the 40% goal let alone 55%.

This is a concern backed by the government’s official climate advisors. In its assessment, the high council for the climate found that the 21 proposals they rated would have “a potentially limited impact on the level of emissions” either because of being too narrow in scope or because their implementation will come too late.

It added that parliament would need to increase the ambition of the proposed measures.

Overall, the creation of the assembly was welcomed by participants, who scored a 6 for how useful it had been to address climate change and 8 for whether this model could improve French democracy.

The assembly’s severe judgment comes after some of its members accused president Macron of backsliding on his promise to legislate on key recommendations.

Macron committed in June last year to submit 146 of the assembly’s 149 propositions to the French parliament or to a referendum “without filter”.

Panot said the bill had “a democratic veneer” but did not respect the propositions made by the assembly, with every recommendation concerning forests excluded from the text for example.

A spokesperson for Matthieu Orphelin, a former Macron supporter who co-founded a new centre-left and ecological political grouping, told Climate Home the number of amendments to the text was “huge” and proved that its ambition was “insufficient”. Orphelin himself submitted 88 amendments, including five recommendations made by the assembly that were left out in the bill.

He said pressure was mounting from progressive lawmakers and campaigners but expected the government “not to budge”.

Speaking to broadcaster France info on Tuesday, Barbara Pompili, minister of the ecological transition, said she knew members of the assembly wanted the bill to be more ambitious.

“We can have the highest ambition but if we can’t implement it, it’s useless,” she said.

Pompili said the assembly’s rating system had been “quite biased”, citing the fact some citizens scored the government with zero on every proposal while recommendations included in their entirety in the law averaged at 6. “I don’t know how we could ever get a 10.”

“I think some of the citizens have taken a political approach… many have seized the urgency to act. They are now voting on the urgency more than on the measures that they have themselves proposed,” she said.

In an open letter to president Macron last month, 110 NGOs said the climate bill “did not add up” to the level of ambition required for France to meet its climate goals and urged the government to reconsider the assembly’s recommendations.

The Economic and Social Council, a consultative chamber that advises the government on new laws, said that claiming the bill is part of efforts to meet the 2050 long-term goal was “excessive”.

A special commission formed of a cross-party group of lawmakers have started to work on the proposed text and from Monday, the group is due to start assessing which amendments will be eligible for discussions.

Members of the commission have already shown disagreements over whether recommendations by the citizens’ assembly that weren’t included in the bill could be proposed as amendments, according to Le Monde.

The text is expected to be discussed in the plenary of the French national assembly on 29 March. With a majority in parliament, Macron’s party La Republique En Marche (LRM) and its centrist allies the MoDem, are expected to push the text through but revisions could be made along the way.

The government hopes the text can be presented to a vote before the end of the summer.