The military takeover in Myanmar raises fears of pollution, deforestation and revival of a controversial hydropower dam, as international agencies put climate projects on hold

A farmer plowing the fields with cattle in the dry zone in Myanmar, which is increasingly struggling with water scarcity (Photo by Thin Lei Win, 2012)

“They haven’t officially announced the suspension but there are no more activities,” said a Myanmar expert who has been working on environmental projects with the government.

“What’s certain is a lot of the adaptation and mitigation work done with international support like the Green Climate Fund and the Global Environmental Facility (GEF) will stop,” he added, requesting anonymity because it is a sensitive issue.

The UN said it is “closely following the situation and assessing the impact on its operations in Myanmar”.

“The UN can reaffirm its commitment to support the people of Myanmar in their pursuit of democracy, peace, human rights and the rule of law,” added Bangkok-based regional spokesperson David Swanson.

GEF has 39 projects in Myanmar, carried out by four UN agencies, the International Union for Conservation of Nature (IUCN) and the Asian Development Bank (ADB).

Jake Brunner, head of IUCN’s Indo-Burma group said its work continues at community level, with a focus on civil society engagement. The ADB did not respond to a request for comment.

For governments and UN agencies, there is “huge amount of risk” in how they deal with the coup because constitutional law scholars have called the military’s move “illegal” and “unconstitutional”, said Matthew Baird, an environmental lawyer who has worked in Myanmar for over seven years. 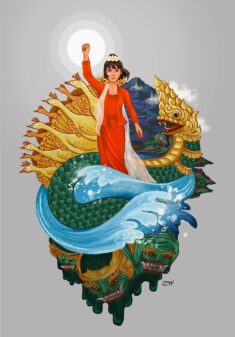 “Because if there’s no legal justification, then they just can’t lawfully work with the military. So [everything from] smaller scale projects on mangrove restoration… to things like sustainable cities will have to be suspended.”

“After the coup we received only about a third of the promised funding. It seems donors are no longer very keen,” said a female activist from the Kachin Development Networking Group (KDNG) in the country’s north.

Another, based in the commercial capital Yangon, said donors told her they would now need to re-think an agreed project. Both requested not to reveal their names for safety.

“(The junta) have no interest in any of the environmental issues. The Tatmadaw’s entire recent history is about exploitation of natural resources,” he added, calling the army by its Burmese name.

This could mean continued extraction of fossil fuels, particularly oil and natural gas, and deforestation, while many parts of the agrarian country struggle with water scarcity, said Tomas Derville, a consultant and lead researcher for a recent report on climate activism in Myanmar.

“When the military government comes into power, the first thing that is hit, in my opinion, is going to be the resources that are easily accessible. Cutting trees is very easy to do,” he said.

Already, illegal mining for gold, jade and amber in Kachin State by groups affiliated with the military has intensified since the coup, polluting nearby waterways, said the KDNG activist.

There are concerns too the controversial Myitsone Dam, a Chinese-led project in Kachin that was suspended in 2011, might be revived, fueled by coup leader Min Aung Hlaing’s visit to the area in December and a post-coup speech mentioning hydropower among his priorities.

The Chinese Embassy in Myanmar did not respond to e-mails seeking comment. Attempts to contact a junta spokesperson in Myanmar were unsuccessful. 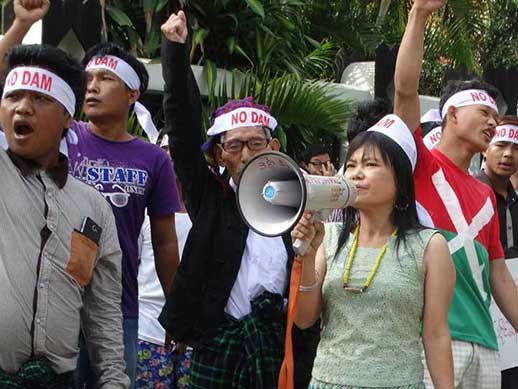 Anti-dam protestors picket a visit by the Chinese ambassador to Myitkyina, Kachin in 2016 (Pic: KDNG)

At a Climate Ambition Summit in December, state counsellor Aung San Suu Kyi said Myanmar’s next contribution to the Paris Agreement would increase the share of renewable energy to 39% and reduce net emissions from the forestry sector 25% by 2030.

She was detained in a pre-dawn raid on 1 February. Amid large-scale protests, security forces have killed at least 21 people since then.

After a decade of building trust with officials, activists and communities affected by environmental degradation were looking forward to more concrete actions, said the Yangon-based activist. “I don’t even know who I can talk to openly again,” she added.

Patrick Arnold, founder and CEO of 10 Billion Strong, an organisation training environmental leaders, said an accelerator they ran last year was so successful they had big plans for Myanmar in 2021, which are now on hold.

“This seems to be a story of layered tragedies,” he said, with the coup coming amid a raging pandemic which has worsened inequality and poverty in Myanmar.

He does not know when the programs would re-start.

“It seems a little bit inappropriate sometimes to start thinking about environmental issues in some of these longer term projects when [my local counterparts] are talking about basic freedom and safety.” 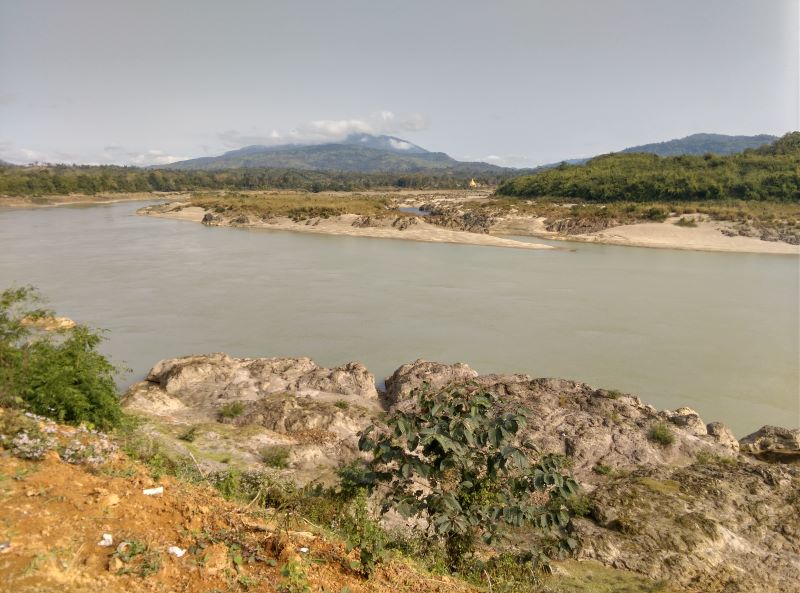 Myitsone (meaning “where the rivers meet”), the confluence of the Mali and N’Mai rivers in Kachin State, and near the site of the $3.6 billion Myitsone Dam, which, if it is revived, would flood an area about the size of Singapore (Photo by Thin Lei Win, 2016)