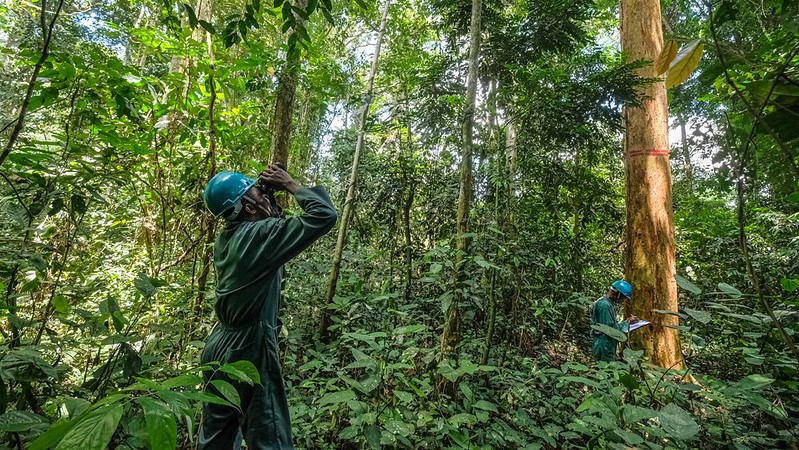 When DR Congo opened up an area the size of Belgium to logging in 2018, violating a forest protection agreement with international donors, it was blamed on a “rogue” environment minister.

Green groups are suing the minister, saying the contracts breach the country’s own 2002 moratorium on new forestry concessions – which the environment ministry denies.

As the world’s second largest rainforest, the Congolese forest is a major carbon sink and multiple international donors are invested in keeping that carbon locked up, primarily through the Central African Forest Initiative (Cafi).

These revelations come as Cafi is negotiating a renewed deal with the government to run until 2030.

The US is officially back in the Paris Agreement, which means its 2030 climate pledge is overdue. There are a lot of numbers flying around.

Anything less than a 50% emissions cut from 2005 levels would be seen as grossly inadequate by climate advocates, with many arguing 70-85% would be a fairer contribution.

Meanwhile Cop26 president Alok Sharma’s visit to India has generated chatter about net zero, but the institutional and analytical capacity to make a credible pledge is not there yet.