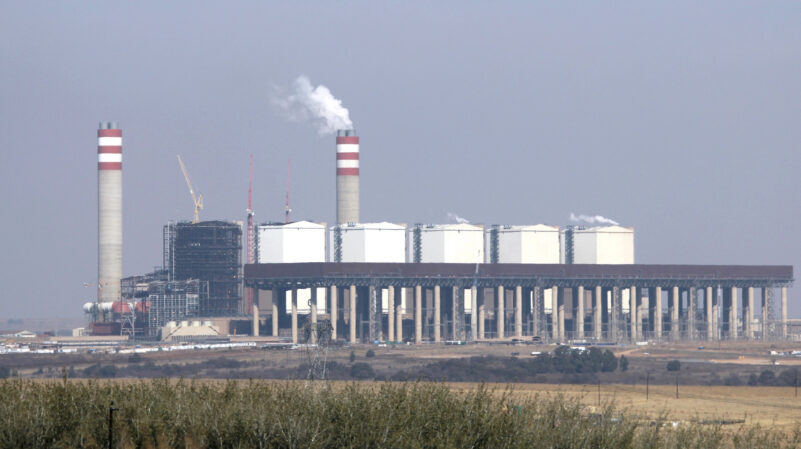 The US Export-Import Bank provided a $805 million loan for the Kusile coal plant in South Africa. (Photo: Wikimedia Commons/JMK)

Joe Biden’s administration is working to end funding for “carbon-intensive” fossil fuel projects overseas, potentially cancelling billions of dollars in support for oil and gas projects around the world.

In one in a series of executive orders aimed at tackling the climate crisis in the US and abroad, Biden committed his government “to identify steps through which the United States can promote ending international financing of carbon-intensive fossil fuel-based energy while simultaneously advancing sustainable development and a green recovery”.

The order stated the secretary of state together with the treasury and energy secretaries would work with the US Export–Import Bank and the head of the Development Finance Corporation to achieve this.

Biden also directed federal agencies to eliminate fossil fuel subsidies. “Unlike previous administrations, I don’t think the federal government should give handouts to big oil to the tune of $40 billion in fossil fuel subsidies,” he said in a speech before signing the executive order.

A few hours earlier, presidential climate envoy John Kerry told a panel discussion organised by the World Economic Forum that Biden had asked his administration to develop “a plan for ending international finance of fossil fuel projects with public money”.

The announcement brings the US in line with the EU, where foreign ministers have called this week for an end to fossil fuel finance abroad. Last month, the UK committed to ending its financing of oil and gas projects, but the policy is yet to come into force.

The US International Development Finance Corporation (DFC) and its predecessor, the Overseas Private Investment Corporation, approved around $4 billion for overseas fossil fuel projects over the past five years, according to climate group Friends of the Earth. Since 2018, the US Export-Import Bank greenlit over $5bn for fossil fuel investments abroad.

This included a $4.7bn loan for a natural gas project in northern Mozambique, $400 million in financial support for Mexican oil company Pemex, and an $18m loan for oil and gas production in Vaca Muerta, western Argentina.

The US Export-Import Bank also provided a $805m loan for the Kusile power plant, a 4,800MW coal-fired station that is currently under construction in South Africa.

“You had a lot of fossil fuel promoters, trade associations and interest groups really using the Trump administration and the apparatus of US diplomacy to push deals in a lot of countries. There was a lot of pressure for countries to agree to LNG deals – they were part of the trade and economic negotiations,” said Chen.

In October the DFC said it planned to invest in fossil fuel projects in several countries in southeast Asia to “help expand access to secure and reliable energy.”

One project under consideration by the DFC involved the construction of a 2,250MW gas plant in Binh Thuan province, southeast Vietnam.

“Without that very pro-fossil fuel export agenda, what [will] happen to all of these projects that, frankly, financially weren’t really viable?” Chen added.

Campaigners welcomed Biden’s announcement but said questions remained around when the policy could be implemented and whether the order included ending funding for methane gas.

“The executive order leaves the door open to only covering coal, rather than all fossil fuels with the questionable language ‘carbon-intensive fossil fuel-based energy’,” Kate DeAngelis, international finance manager at Friends of the Earth, told Climate Home.

Gas is commonly touted as a cleaner fuel than coal, because it emits around half the carbon dioxide when burned for energy. But methane leaks or flaring during extraction, processing and transport leads to fugitive emissions which can significantly worsen the fuel’s climate impact.

Chen said there have been indications that the Biden administration is set on moving away from financing gas projects. “Kerry has really been hammering down the point that there is no time left for doing gas,” she said.

Speaking at the World Economic Forum, Kerry commented: “The problem with gas is if we build out a huge infrastructure for gas now to continue to use it as the bridge fuel, when we haven’t really exhausted the other possibilities, we’re going to be stuck with stranded assets in 10, 20, 30 years.”

Kerry announced this week that the US would draft a climate finance plan and pledged to “significantly increase” international finance for adaptation and resilience initiatives.

In his executive orders, Biden said he would reconvene the Major Economies Forum. Launched by the Obama administration, the forum brings together the world’s 17 largest emitters to discuss high-level leadership and collaboration on climate action.

“Fossil fuel financing is definitely going to be a big issue [at the forum]. Coal financing in particular will be at the forefront. There will be a lot of countries that are heavily reliant on coal [attending]. That is one of the major conversations [that needs] to happen first – getting commitments to end financing on coal,” said Chen.