As the next blockbuster science report on cutting emissions goes to governments for review, critics say it downplays the obstructive role of fossil fuel lobbying 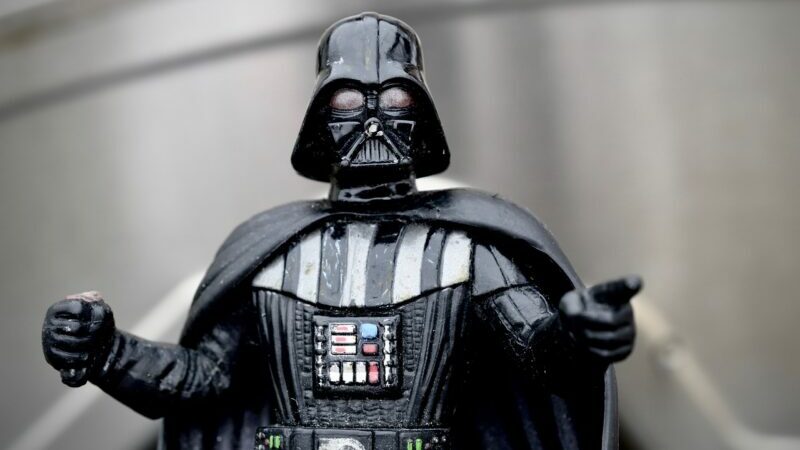 Darth Vader: What would Star Wars be without its villain? (Pic: Pixabay)

On Monday, a weighty draft report on how to halt and reverse human-caused global warming will hit the inboxes of government experts. This is the final review before the Intergovernmental Panel on Climate Change (IPCC) issues its official summary of the science.

While part of the brief was to identify barriers to climate action, critics say there is little space given to the obstructive role of fossil fuel lobbying – and that’s a problem.

Robert Brulle, an American sociologist who has long studied institutions that promote climate denial, likened it to “trying to tell the story of Star Wars, but omitting Darth Vader”.

Tweeting in November, Brulle explained he declined an invitation to contribute to the working group three (WG3) report. “It became clear to me that institutionalized efforts to obstruct climate action was a peripheral concern. So I didn’t consider it worth engaging in this effort. It really deserves its own chapter & mention in the summary.”

In an email exchange with Climate Home News, Brulle expressed a hope the final version would nonetheless reflect his feedback. The significance of obstruction efforts should be reflected in the summary for policymakers and not “buried in an obscure part of the report,” he wrote.

His tweet sparked a lively conversation among scientists, with several supporting his concerns and others defending the IPCC, which aims to give policymakers an overview of the scientific consensus.

David Keith, a Harvard researcher into solar geoengineering, agreed the IPCC “tells a bloodless story, and abstract numb version of the sharp political conflict that will shape climate action”.

Social ecology and ecological economics professor Julia Steinberger, a lead author on WG3, said “there is a lot of self-censorship” within the IPCC. Where authors identify enemies of climate action, like fossil fuel companies, that content is “immediately flagged as political or normative or policy-prescriptive”.

The next set of reports is likely to be “a bit better” at covering the issue than previous efforts, Steinberger added, “but mainly because the world and outside publications have overwhelmingly moved past this, and the IPCC is catching up: not because the IPCC is leading.”

Politics professor Matthew Paterson was a lead author on WG3 for the previous round of assessment reports, published in 2014. He told Climate Home that Brulle is “broadly right” lobbying hasn’t been given enough attention although there is a “decent chunk” in the latest draft on corporations fighting for their interests and slowing down climate action.

Paterson said this was partly because the expertise of authors didn’t cover fossil fuel company lobbying and partly because governments would oppose giving the subject greater prominence. “Not just Saudi Arabia,” he said. “They object to everything. But the Americans [and others too]”.

While the IPCC reports are produced by scientists, government representatives negotiate the initial scope and have some influence over how the evidence is summarised before approving them for publication. “There was definitely always a certain adaptation – or an internalised sense of what governments are and aren’t going to accept – in the report,” said Paterson.

The last WG3 report in 2014 was nearly 1,500 pages long. Lobbying was not mentioned in its 32-page ‘summary for policymakers’ but lobbying against carbon taxes is mentioned a few times in the full report.

On page 1,184, the report says some companies “promoted climate scepticism by providing financial resources to like-minded think-tanks and politicians”. The report immediately balances this by saying “other fossil fuel companies adopted a more supportive position on climate science”.

One of the co-chairs of WG3, Jim Skea, rejected the criticisms as “completely unfair”. He told Climate Home News: “The IPCC produces reports very slowly because the whole cycle lasts seven years… we can’t respond on a 24/7 news cycle basis to ideas that come up.”

Skea noted there was a chapter on policies and institutions in the 2014 report which covered lobbying from industry and from green campaigners and their influence on climate policy. “The volume of climate change mitigation literature that comes out every year is huge and I would say that the number of references to articles which talk about lobbying of all kinds – including industrial lobbying and whether people had known about the science – it is in there and about the right proportions”, he said.

“We’re not an advocacy organisation, we’re a scientific organisation, it’s not our job to take up arms and take one side or another” he said. “That’s the strength of the IPCC. If if oversteps its role, it will weaken its influence” and “undermine the scientific statements it makes”.

A broader, long-running criticism of the IPCC is that it downplays subjects like political science, development studies, sociology and anthropology and over-relies on economists and the people who put together ‘integrated assessment models’ (IAMs), which attempt to answer big questions like how the world can keep to 1.5C of global warming.

Paterson said the IPCC is “largely dominated by large-scale modellers or economists and the representations of others sorts of social scientists’ expertise is very thin”. A report he co-authored on the social make-up of that IPCC working group found that nearly half the authors were engineers or economists but just 15% were from social sciences other than economics. This dominance was sharper among the more powerful authors. Of the 35 Contributing Lead Authors, 20 were economists or engineers,  there was one each from political science, geography and law and none from the humanities.

Wim Carton, a lecturer in the political economy of climate change mitigation at Lund University, said that the IPCC (and scientific research in general) has been caught up in “adulation” of IAMs and this has led to “narrow techno-economic conceptualisations of future mitigation pathways”.

Skea said that there has been lots of material on political science and international relations and even “quite a bit” on moral philosophy. He told Climate Home: “It’s not the case that IPCC is only economics and modelling. Frankly, a lot of that catches attention because these macro numbers are eye-catching. There’s a big difference in the emphasis in [media] coverage of IPCC reports and the balance of materials when you go into the reports themselves.”

According to Skea’s calculations, the big models make up only 6% of the report contents, about a quarter of the summary and the majority of the press coverage. “But there’s an awful lot of bread-and-butter material in IPCC reports which is just about how you get on with it,” he added. “It’s not sexy material but it’s just as important because that’s what needs to be done to mitigate climate change.”

While saying their dominance had been amplified by the media, Skea defended the usefulness of IAMs. “Our audience are governments. Their big question is how you connect all this human activity with actual impacts on the climate. It’s very difficult to make that leap without actually modelling it. You can’t do it with lots of little micro-studies. You need models and you need scenarios to think your way through that connection.”

The IPCC has also been accused of placing too much faith in negative emissions technologies and geo-engineering. Carton calls these technologies ‘carbon unicorns’ because he says they “do not exist at any meaningful scale” and probably never will.

In a recent book chapter, Carton argues: “If one is to believe recent IPCC reports, then gone are the days when the world could resolve the climate crisis merely by reducing emissions. Avoiding global warming in excess of 2°C/1.5°C now also involves a rather more interventionist enterprise: to remove vast amounts of carbon dioxide from the atmosphere, amounts that only increase the longer emissions refuse to fall.”

When asked about carbon capture technologies, Skea said that in terms of deployment, “they haven’t moved on very much” since the last big IPCC report in 2014. He added that carbon capture and storage and bio-energy are “all things that have been done commercially somewhere in the world.”

“What has never been done”, he said, “is to connect the different parts of the system together and run them over all. That’s led many people looking at the literature to conclude that the main barriers to the adoption of some technologies are the lack of policy incentives and the lack of working out good business models to put what would be complex supply chains together – rather than anything that’s standing in the way technically.”

The next set of three IPCC assessment reports was originally due to be published in 2021, but work was delayed by the coronavirus pandemic. Governments and experts will have from 18 January to 14 March to read and comment on the draft for WG3. Dates for a final government review have yet to be set.