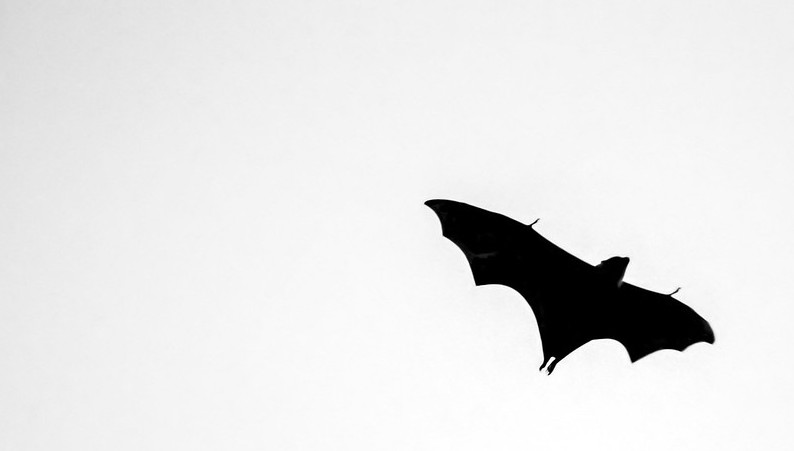 Covid-19 is understood to have been transmitted to humans by bats (Photo: Christian Reusch/Flickr)

Scientists are studying how far human pressures on the natural world are raising risks of pandemics. They will weave lessons from the coronavirus outbreak into the next UN climate science report, even as their work is delayed by lockdowns.

Covid-19, which has killed more than 180,000 people worldwide, is thought to have originated in animals, perhaps bats, before infecting people in Wuhan, China.

Global warming, a rising human population, pollution and destruction of wildlife habitats are among the factors raising the risk of such zoonotic diseases, which jump from animals to humans.

Zoonotic disease was mentioned in the last round-up of scientific knowledge by the Intergovernmental Panel on Climate Change (IPCC) in 2013-14, but the pandemic potential was not a focus.

That will change in its next assessment report, due to be published in stages over 2021-22 as the main scientific guide for government action on global warming. Each section is likely to be delayed by a few months, IPCC scientists say.

In an Earth Day presentation on 22 April, he noted a study finding that 96% of the weight of all living mammals are people and domesticated animals such as chickens and cows, with just 4% made up of wild creatures.

Many researchers reckon that human activities have become the overwhelming force of change on the planet, and qualify for a new geological epoch dubbed the Anthropocene, based on the Greek word “anthropos”,  meaning “man”. It would succeed the current Holocene, which began at the end of the last Ice Age about 11,700 years ago.

“This is a manifestation of the Anthropocene,” said Rockström of the coronavirus pandemic.

IPCC scientists say it is urgent to find out how far humans can influence the planet before ecosystems collapse, such as tropical coral reefs that are bleaching and dying in warming waters.

“Humans are exploiting natural resources and the world up to its limits. Knowing those limits would be very, very important. It’s a matter of survival,” Hans-Otto Pörtner, of the Alfred Wegener Institute and co-chair of the IPCC working group on the impacts of climate change,  told Climate Home News.

Before the coronavirus, the IPCC had already planned to explore links between climate change and biodiversity by holding a first joint workshop, in May, with the Intergovernmental Science-Policy Platform on Biodiversity and Ecosystem Services (IPBES).

That event will be delayed by several months, Pörtner said. More scientists were starting to look into the links between biodiversity, climate change and coronavirus and early findings will be included in the next IPCC report.

“There are similarities between the crises [of coronavirus and climate change] in the need for science-based policies – you see the same politicians failing on this [pandemic] as they are failing on the climate side,” Pörtner told CHN. “We need policymakers who have an understanding of the risks.”

He declined to single out any governments for criticism. IPCC scientists consulted for this article gave their personal views, not those of the IPCC.

The IPCC assessment report in 2014 had a chapter on health and climate change. It outlined health threats from heat waves and deadly wildfires, malnutrition because of less food production in poor regions and diseases such as malaria and dengue spread by mosquitoes expanding their ranges.

The publication of the first part of the next IPCC report looking at the physical science of climate change, including scenarios for future warming, is likely to be delayed by about 3 months from April 2021, said co-chair Valérie Masson-Delmotte, a climatologist at the Climate and Environmental Sciences Laboratory in Gif-sur-Yvette, France.

She and Pörtner paid tribute to IPCC scientists who are continuing work despite lacking access to laboratories or field work as countries are put under lockdown. Particularly in developing nations, many struggle with weak internet links and face extra stresses in taking part – IPCC work is prestigious but unpaid.

Masson-Delmotte said the world needed to find ways to plan for the future even when there was “deep uncertainty”, a phrase used in past IPCC reports about how, for instance, to predict the future of Antarctic ice beyond 2100. A major collapse of the ice sheet would raise global sea levels by several metres.

“A clear lesson from the pandemic is that there is a global failure in preparedness, and planning for managing a known risk,” she said.

The response to the pandemic could also inform efforts to cut emissions.

Greenhouse gas emissions are predicted to fall around 6% in 2020, as non-essential work and travel is put on hold to slow the spread of Covid-19. The UN estimates that emissions will have to fall 7.6% a year over the coming decade to limit temperatures to 1.5C above pre-industrial times, the tougher target in the 2015 Paris Agreement.

“There are researchers carefully monitoring atmospheric conditions,” said Masson-Delmotte, saying that early findings about the impact of coronavirus on emissions would be included in the IPCC report. A huge question is how far emissions will rebound after the current economic slowdown. They rose almost 6% in 2010 after a small dip during the financial crisis of 2008-09.

Masson-Delmotte and Pörtner said that the current outline of the IPCC report was flexible enough to take account of coronavirus without major revisions to the scope, which would require complicated negotiations among governments.