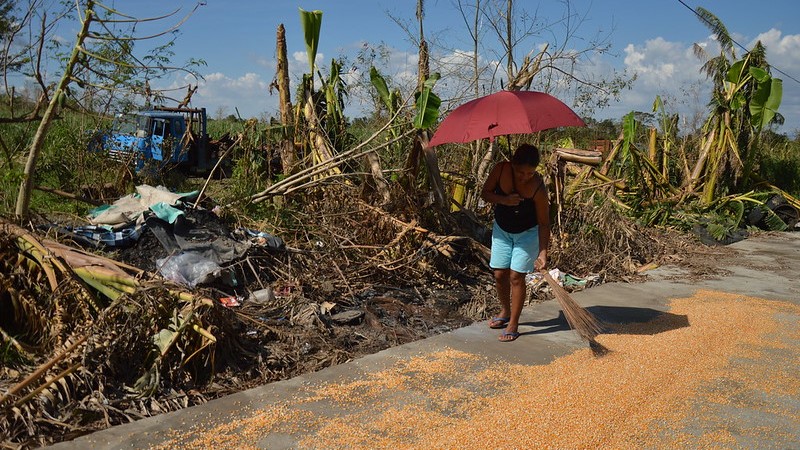 After a disappointing lack of new climate finance pledges at an ambition summit on Saturday, the UK is planning to bring donor countries and vulnerable nations together at a conference in March.

On the fifth anniversary of the Paris Agreement, the UN, the UK and France had asked rich nations to announce post-2020 finance pledges. But beyond a handful of European nations, few stepped up.

Germany promised €500 million targeted at “access to affordable capital”, under an existing commitment to send €4bn a year from 2020. Luxembourg announced €200 million for the period 2021-25 on top of spending 1% of its national income on aid. Italy pledged €30 million to the Adaptation Fund. Portugal announced an extra €20 million to 2030.

Austria reiterated a commitment to donate €100 million to the Green Climate Fund and France merely committed “to maintain the level of ambition” on finance and raise the share of adaptation funds to a third of the money pledged.

Iceland promised to increase its climate finance by 45% and Ireland said it would double the share of aid money earmarked for climate change by 2030, without pledging additional funds.

On Monday, the southern region of Wallonia in Belgium announced it would donate €3.8m to the Adaptation Fund in 2021.

At a time when many vulnerable nations are struggling under debt accrued to tackle the coronavirus pandemic, it fell short of what they were hoping for.

“Unless scaled-up, new and additional finance is secured a significant deficit of adaptation funding is likely,” Sonam Wangdi, of Bhutan, chair of the least developed countries (LDC) group told a meeting of the Adaptation Fund on Monday.

Harjeet Singh, global climate lead at ActionAid International, described the “dismal levels” of new support for developing countries as “a glaring gap in the announcements at the ambition summit”.

The 16 small island states that presented tougher climate plans at the summit need finance to be “predictable and sustainable” to achieve their goals, said Carlos Fuller, of Belize, lead climate negotiator for the Alliance of Small Island States.

Until now, the UK host to next year’s Cop26 climate talks in Glasgow has put the focus on mobilising private finance through the campaign of former Bank of England governor and UN and Cop26 advisor Mark Carney.

He added the UK would “bring climate vulnerable and donor countries together”  in March “to address the connected challenges of climate change and development”. A Cop26 spokesperson told Climate Home News details of the meeting were still being firmed up.

Meanwhile, German chancellor Angela Merkel said she was working “on the launch at international level of a post-2020 climate financing process” which should conclude before the Glasgow talks in November 2021.

Both initiatives will be important in creating more space for finance discussions next year and listening to vulnerable nations, Joe Thwaites, of the World Resources Institute’s sustainable finance centre told Climate Home.

Rich countries have promised to mobilise $100 billion annually from 2020 to support developing nations cut emissions and cope with climate impacts – a target they are not on track to meet.

In 2018, around 74% of climate finance took the form of loans that needed to be repaid, according to the latest analysis by the OECD – “an overlooked scandal” according to anti-poverty charity Oxfam. Finance for adaptation accounted for just over a fifth of all funding.

“It’s clear that the support for the developing world both in liquidity and in debt relief in relation to Covid-19 response and recovery has been insufficient and it is also clear that developed countries are still far from the objective of mobilising $100bn per year,” he told Climate Home.

Sharma urged donor countries to honour their commitments to $100bn goal and increase the share of grant-based adaptation.

“It is an act of faith, of trust,” he said. “And friends, I have to say, if we can mobilise trillions overnight, rightly, to support our economies, why can we not reach this $100 billion dollars goal?”

Last year, the UK said it would double its contribution to international climate finance to £11.6bn for the period 2021-2025.

But a lack of reporting on how the UK’s climate finance is spent threatens its claim to leadership on the issue, according to analysis by development charity Cafod.

While the UK has committed to evenly split its finance between adaptation and mitigation, Robin Mace-Snaith, policy lead on climate and energy at Cafod, told Climate Home the absence of transparent reporting could see the UK “missing on a chance to show real leadership on adaptation and resilience”.

And observers expressed dismay at the UK’s recent decision to cut aid from 0.7% to 0.5% of its gross national income.

Yamide Dagnet, director of climate negotiations at the World Resources Institute, told Climate Home the decision to cut overseas development aid “was definitely not aligned with the leadership that we would have expected to see at such a defining moment”.

“The sounds of solidarity are worrying. We have heard a lot about the call to mobilise the private sector but just focusing on the private sector is not going to cut it. We need both public and private finance to move at full speed.”