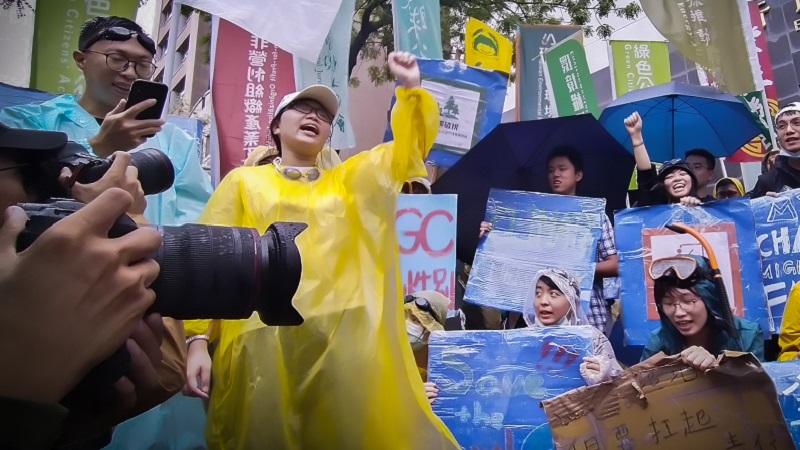 Taiwan could be the next Asian country to aim for net zero emissions, with members of the ruling party pushing for a 2050 target.

In November, a parliamentary committee made the Environmental Protection Administration (EPA) commit to modelling net zero scenarios as a condition of its budget being approved.

Sun-Han Hung is a legislator from the ruling Democratic Progressive Party. Alongside four colleagues, he introduced a draft climate law with a 2050 net zero target. This is intended to encourage the government to aim high with its own proposal, expected in spring 2021.

He told Climate Home: “As Taiwanese manufacturing companies play a fundamental role in the global supply chain, a 2050 net zero Taiwan will contribute greatly to the mitigation of the industry sector.”

Beijing does not recognise Taiwan’s autonomy, putting the island nation in a diplomatic limbo. It is not a member of the UN climate talks and is therefore not under any international obligation to increase its climate ambition.

Despite this, the country faces international pressure through informal diplomatic channels and trade partnerships.

Japan, South Korea and China all announced net zero pledges in late 2020. Hung said these pledges had made the Taiwanese government more willing to follow.

US president-elect Joe Biden has indicated that climate change will be a key part of his foreign policy and, according to China expert Professor Steve Tsang, the US is Taiwan’s most important ally. “Taiwan’s security and thus survival as a state depends on US support,” he said.

Chia-Wei Chao, chair of the NGO Taiwan Environment and Planning Association, told Climate Home he had been approached by Taiwanese officials who wanted to discuss Biden’s climate strategy and its implications for Taiwan with him.

The European Union’s proposal to put a carbon price on imports at the border could have a significant impact on Taiwan as the country’s economy is based on manufacturing and the EU is its fourth biggest trade partner.

Chao said that the Ministry of Economic Affairs was very aware of this issue and, if they support an ambitious emission reduction target, then things “will go a lot more smoothly”.

The UK government, as host of next year’s Cop26 climate summit, has reached out to Taiwanese officials to encourage them to bring a net zero plan.

Excellent virtual visit to #Taiwan this week. Great to hear from Deputy Minister Tien and colleagues across departments on #ClimateAction plans.

Look fwd to building cooperation with Taiwan ahead of #COP26. pic.twitter.com/tC8fUJJlVJ

Chao said this had raised awareness of the issue among Taiwanese decision-makers. “Before that, they thought it was only a statement made by NGOs or some progressive scholars,” he said.

Business initiatives, too, are trickling down to big Taiwanese manufacturers like Taiwan Semiconductor Manufacturing Company and FoxConn. Both companies supply Apple, which has committed to using 100% renewable energy in its supply chain by 2030.

A large proportion of Taiwan’s emissions come from sectors which are hard to clean up like petrochemicals, steel and cement, Chao said.

This makes reductions “challenging,” said Chao, but there was potential for renewable energy investment, electrification of transport and a downsizing of the petrochemical industry to slash emissions.

The country relies on imported coal, methane gas and nuclear energy to provide its electricity. The government has indicated it will not build any more nuclear energy capacity.

In a September 2020 presentation, it said Taiwan could generate 1,560 GW of offshore wind power and 674 GW of solar power by 2050, as well as smaller amounts from other renewable sources.