Environmental groups, which urged the commission to endorse a 2033 end date, slammed the decision as ‘absurdly late’, while studies show a 2030 exit is feasible 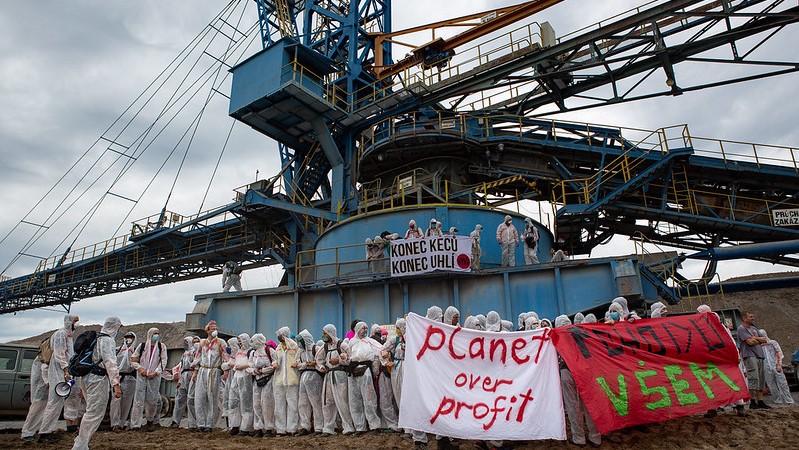 By Aneta Zachová for Euractiv

The Czech coal commission recommended to phase out coal by 2038. Environmental groups, which fought for 2033, were outvoted and walked out of the commission in protest.

During a meeting on Friday, a majority of commission members voted to phase out coal by 2038, the same date as Germany.

The commission’s recommendation is not legally binding and will now be discussed by the Czech government.

Karel Havlíček, the Czech minister for industry, trade and transport, presented the outcome of the commission’s meeting as a compromise.

“Looking at the capacities, financial resources and commitments to the EU in 2030 and 2050, the year 2038 is viable both technologically and in terms of the timetable,” said Havlíček who is known for his sceptical stance towards the EU’s climate targets.

Havlíček is co-chair of the Czech coal commission. Environment minister Richard Brabec, the other co-chair, sided with environmental groups in supporting an earlier coal phase-out date by 2033 but was outvoted.

Brabec felt unwell after the meeting and was transported to the hospital. The Labour ministry, for its part, did not support the 2038 date, arguing the impacts on employment were still unclear.

The coal commission brings together representatives of the Czech government, coal mining groups, energy companies and environmental NGOs. Czech energy giant ČEZ supported the year 2038 because it believes that its coal plants will be shut down in the next two decades anyway.

“A 2038 coal phase out is sold as a compromise, but you can’t compromise with reality,” said Jiri Koželouh, from Friends of the Earth Czech Republic, a member of the coal commission.

“Several authoritative studies show that a Czech coal phase out by 2030 is possible. The government must reject the recommendation and tell the commission to come back with a socially acceptable, economically viable, climate respecting alternative,” he said.

On Friday afternoon, Koželouh and the other NGO representative on the coal commission, Jan Rovenský from Greenpeace, announced they were both leaving the group, citing disappointment with the decision-making process.

Members of the coal commission were presented with the draft resolution on Thursday, the day before the coal commissions meeting, Koželouh said. NGOS also pointed out there was no timetable for the coal phase-out, with a decision on the roadmap expected to be taken subsequently.

Climate scientists pointed out that the coal commission took its decision without a proper impact assessment.

While coal plants currently produce around 40% of electricity in the Czech Republic, the country’s future energy mix is expected to rely largely on renewables and nuclear. A new block is being planned at the Dukovany nuclear plant but its construction is not expected to be finalised until 2036.

Environmental groups warned that the Czech Republic needs to be coal free by 2030 in order to meet its commitments under the Paris Agreement.

According to think tank Ember, if the Czech Republic invests in renewables at a rate similar to other EU countries, a coal phase-out before 2030 is feasible.

This story was produced by CHN’s media partner Euractiv.