The Cop26 host is on a tight timeline to set a 2030 carbon-cutting target separate from the EU’s, ahead of an ambition summit on the fifth anniversary of Paris 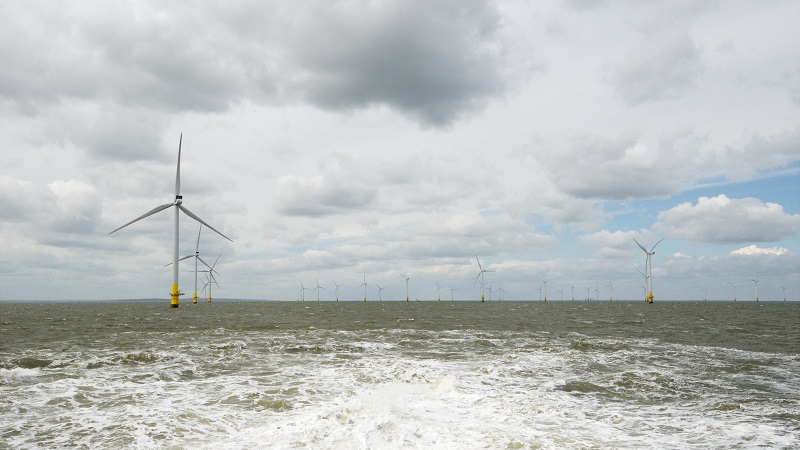 The UK is preparing to announce its first solo carbon-cutting pledge to the Paris climate agreement, in a tight political manoeuvre ahead of an ambition summit on 12 December.

Host to the Cop26 climate talks in Glasgow in November 2021, the UK is expected to announce a 2030 climate target ahead of a virtual event it is co-hosting with the UN and France to mark the fifth anniversary of the Paris Agreement.

The UK has asked world leaders to present tougher commitments on cutting emissions, adapting to climate impacts and providing climate finance at the summit. Only countries that have announced new and ambitious action in 2020 will be given a platform.

“And yes, the UK will be setting out its own nationally determined contribution metric ahead of 12 December,” Cop26 president designate and the UK’s business minister Alok Sharma, told an event held by London-based think-tank Green Alliance on Friday.

Having previously submitted a joint “nationally determined contribution” (NDC) to Paris as part of the EU, Brexit Britain is now going alone.

The timing has given the government a headache. Official advice from the Climate Change Committee was delayed by the coronavirus pandemic and is due to land on 9 December – just three days before the summit.

The Committee is expected to recommend an emissions reduction target in the high sixties, with sources close to the process discussing cuts of at least 68% from 1990 to 2030. The government is not obliged to adopt the Committee’s number but would have a lot of explaining to do if it went against the independent advice.

Progressive EU member states are urging the UK to announce its new climate plan ahead of a meeting of the European Council 10-11 December, to put pressure on the bloc’s laggards to agree a new goal of cutting emissions to at least 55% from 1990 levels by 2030, up from 40% currently.

If the UK is to use its leverage as Cop26 host to raise ambition, it will need to demonstrate its 2030 target represents a real progression of its carbon-cutting efforts.

While a rapid phaseout of coal power has allowed the UK to stay within its carbon budgets to 2022, a policy gap opens up later this decade. The Committee has previously warned the UK is off pace for its old target of 80% emissions cuts by 2050, let alone the recently adopted net zero goal. Action is needed across sectors including transport, buildings and heavy industry to get back on track.

London-based think tank Energy & Climate Intelligence Unit found that if the UK simply translated its existing carbon budgets into an emissions target, it would be a 64% cut from 1990 levels by 2030.

A headline target in the high sixties would represent a strengthening of that trajectory, but by some analysis stop short of compatibility with a 1.5C global warming limit – the Paris accord’s most ambitious goal.

Ryan Wilson, a climate and energy policy analyst at Climate Analytics, a Climate Action Tracker partner organisation, told Climate Home that to align with 1.5C, the UK should cut domestic emissions around 70% by 2030.

Taking into account the UK’s historic responsibility in causing climate change and its capability to act, Wilson said the UK’s contribution needed to be equivalent to achieving net zero emissions by around 2030. Some of that could be delivered through finance or “other means of support to achieve emission reductions abroad beyond those required at the domestic level”.

Earlier this month, the Labour opposition’s shadow climate minister Matthew Pennycook told Climate Home the UK Treasury was considering a range of 61-68% for a 2030 target. He added that anything below the high 60s would be insufficient.

Campaigners have demanded more. WWF has called for the UK to reduce its emissions “at least in the region of 70%” by 2030 and Greenpeace for 75% cuts.

On Saturday, Scotland pledged to publish an indicative climate plan to reduce emissions 75% by 2030. Scotland, where nationalists have revived a debate about independence, will be covered by a UK-wide NDC but has set its own goal to cut emissions to net zero by 2045.

For the whole of the UK, the government has yet to publish a comprehensive decarbonisation strategy.

Earlier this month, Prime Minister Boris Johnson outlined a 10-point plan to spur a “green industrial revolution”. The measures sent a political signal but were not enough to put the UK on track to meet its 2050 goal. Instead, it closed just over half the emissions gap to stay within the UK’s carbon budgets to 2032, according to analysis by Carbon Brief.

A spending review last week did little to boost the £3-4 billion of additional funding pledged within Johnson’s £12bn package of measures. In his speech, chancellor Rishi Sunak barely mentioned climate change, pushed ahead with a £27bn road-building programme and announced cuts to overseas aid.