The International Maritime Organization set minimal curbs on shipping’s 1Gt carbon footprint this decade. Here’s how the EU, US and China could decarbonise the sector 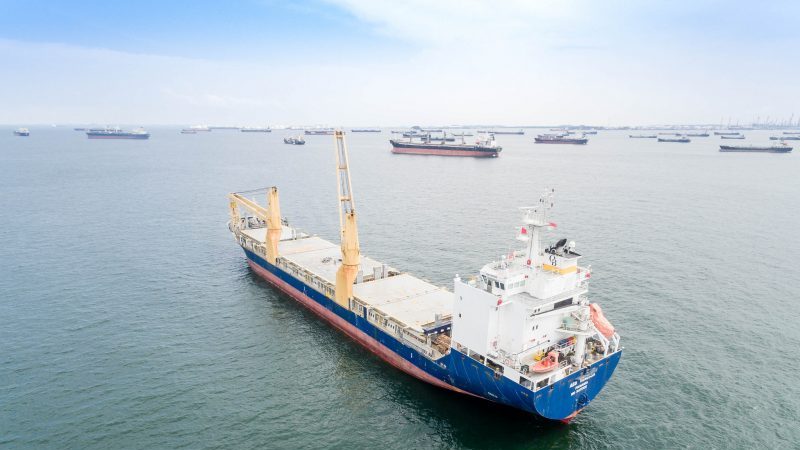 As one of the world’s most polluting industries, shipping is facing mounting pressure to clean up its act. Ships emit around one billion tonnes of greenhouse gases every year, accounting for 3% of global emissions. Without further action, ship emissions in 2050 are expected to reach 90-130% of 2008 levels.

Last week the International Maritime Organisation (IMO) was accused of “kicking the can 10 years down the road” after it approved two measures that campaigners say fall far short of the ambition needed.

The UN body responsible for international shipping approved a “meaningless” ban on the use of heavy fuel oil in Arctic waters and a package of energy efficiency measures that is projected to shave just 1% off shipping emissions this decade.

“What we have seen is a real dereliction of duty from the IMO. We are in an emergency,” said Diane Gilpin, CEO of the Smart Green Shipping Alliance, an organisation that develops technological solutions to help the shipping industry decarbonise.

It now falls to governments and the industry to curb ship emissions in the next decade. Despite efforts by major companies, such as Danish shipping giant Maersk, to trial new technology and more sustainable fuels, industry-wide progress is slow.

“We have all the technology we need but we don’t have access to funding,” said Gilpin. One problem is the ship owner bears the cost of efficiency improvements but does not directly benefit, as fuel bills are typically paid by the company chartering the vessel. Another is that banks are hesitant to fund immature technology.

“We need to be introducing a carbon price and it needs to be realistic. It would demonstrate to investors that their high-risk investment will be rewarded and that the carbon we are saving is reflected in the value,” said Gilpin.

A carbon price on bunker fuel is under consideration at the IMO. Last week’s meeting initiated talks on a mandatory levy of $2 per tonne of fuel to fund research and development projects worth $5bn over the next decade. Many EU countries were supportive of the proposal, but China, Russia and the US expressed concerns about funding and the levy’s impact on shipowners operating in remote regions.

Those negotiations could take years. Meanwhile, there is scope for national and regional authorities to crack down on polluting ships. Here we outline what the EU, the US and China are doing to tackle rising shipping emissions.

What are major shipping hubs doing to reduce emissions?

Including shipping in regional carbon markets is one effective way to accelerate decarbonisation. In September, the EU parliament voted to include maritime CO2 emissions in its emissions trading scheme (ETS) – the world’s biggest carbon market – from 2022, following criticism that shipping is the only sector to not face emissions reduction targets.

Shipping experts say that schemes similar to the ETS may be introduced in other regions over the next decade. “I wouldn’t be surprised to see regional shipping carbon markets in North America and east Asia in the next ten years,” Bryan Comer, senior marine researcher at the International Council on Clean Transportation (ICCT), told Climate Home News.

From 2022, shipowners will be forced to buy carbon permits to cover emissions during voyages in Europe and international voyages that start or finish at a European port, under a regulation to be adopted early next year.

The EU is a major shipping hub, with ships transporting 75% of external trade and 36% of internal trade, according to the European Commission.

The inclusion of shipping emissions in the ETS “will provide a huge incentive for the fleet to take this issue more seriously,” according to Gilpin.

The EU parliament is set to propose legislation next year that mandates the use of sustainable marine fuels on ships calling at European ports.

The Fuel EU Maritime regulation would be the first transport mandate of its kind as it targets users, rather than fuel suppliers and manufacturers, according to Faig Abbasov, shipping programme director at Brussels-based think-tank Transport & Environment.

“If the mandate were on suppliers, ships would simply bunker [refuel] outside the EU. But if it is a mandate on EU journeys, then there is no risk of evasion,” said Abbasov.

The US is considering introducing an emissions monitoring, reporting and verification programme for ships entering US ports. “That’s the first step towards controlling emissions from those ships,” said Comer.

In the past the US has shown little leadership when it comes to reducing shipping emissions, often siding with countries pushing for low enforcement, such as Japan and Norway, said Abbasov.

Shipping observers hope that the US will ramp up its climate ambition when Joe Biden takes the presidency in January. In his climate platform, Biden pledged to “lead the world to lock in enforceable international agreements to reduce emissions in global shipping and aviation.” Some clean shipping groups are calling on Biden to introduce a cap-and-trade program, similar to the EU’s ETS, which requires large emitters to buy permits for their greenhouse gas emissions, said Abbasov.

“Biden’s climate ambition for shipping will be measured by national or regional schemes, similar to those in the EU. A true climate leader cannot afford outsourcing everything to international organisations. Genuine climate leadership starts at home,” he said.

Other options for the Biden administration include a carbon tax, a low-emissions standard or a zero emissions regulation for ships while they are docked in US ports, according to Comer.

In the US, California is leading the way on reducing shipping pollution. California requires all ships to use low-sulphur fuels instead of scrubbers, which dump acidic water and heavy metals into the sea, according to Comer. The state introduced a cap-and-trade scheme in 2012, but this does not cover shipping emissions. “It may be possible to bring ships under the cap-and-trade programme,” said Comer.

China has been monitoring air pollution from ships since 2016 when it established a domestic emission control area (DECA) at the Shanghai and Yangtze River Delta ports. It was later rolled out at other key ports across the country. To comply with DECA regulations, all ships docking at these ports must switch to a low-sulphur fuel, which contains 80% less sulphur than standard marine fuels, according to Freda Fung, a consultant for the Asia green shipping programme at the Natural Resources Defense Council.

These regulations are driven by health rather than climate concerns. Sulphur dioxide has been linked to respiratory and cardiovascular diseases. Rather than contributing to global warming, sulphur dioxide reflects sunlight back into space and therefore has a cooling effect on the atmosphere.

Local governments in Shenzhen and Guangzhou are offering ship owners incentives, such as grants, to encourage them to retrofit existing ships with electric or liquefied natural gas propulsion and have invested heavily in onshore power infrastructure at seaports, Fung told Climate Home News.

China has introduced several regional carbon markets in Beijing, Shanghai and Shenzhen and plans to launch a national carbon trading scheme in the next five years. Following the first phase which will focus on emissions from the power sector, the scheme will be extended to cover seven further sectors, including the petrochemical and steel industries as well as domestic aviation.

“Shipping was not among those selected sectors, so it seems unlikely China will follow EU to include shipping in the national ETS any time soon,” Fung said.