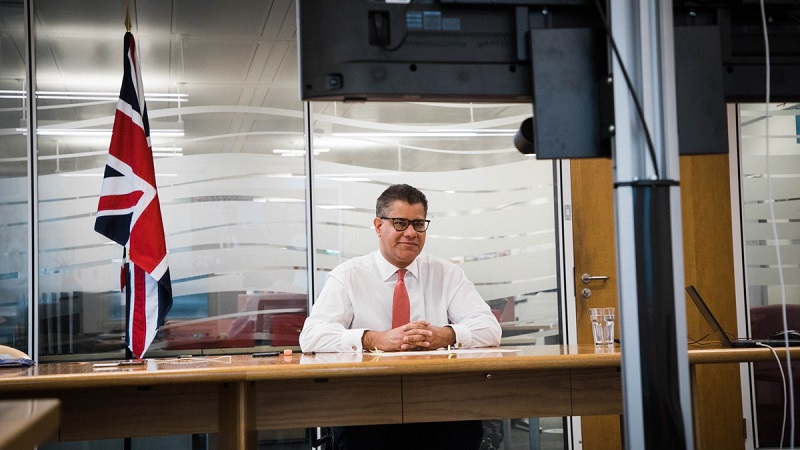 Countries have a collective responsibility to agree on common rules for a global carbon market, to drive greater climate ambition beyond 2021, according to the UK’s lead climate negotiator.

Under the Paris Agreement, countries have agreed to create a new carbon trading system to cut emissions at lower cost. But designing a common set of rules has proved contentious in recent rounds of climate talks and remains one of the last unresolved issues of the Paris Agreement rulebook.

Australia and Brazil have continued to push for a trading system with loopholes that would allow initial double counting of emissions reductions and trading of Kyoto-era credits — red lines for many other countries.

After failing to land a compromise at the last UN climate talks in Madrid, Spain, last year, negotiators are under pressure to resolve the issue at the Cop26 summit in Glasgow, UK, in November 2021.

Although no climate talks are being held this year because of the coronavirus pandemic, diplomats are hoping to drive progress on the issue during informal consultations next month as part of a UN Climate Change catch-up plan.

“There is a deal possible,” Archie Young, who leads the UK’s climate negotiating team, told Climate Home News, saying “genuine progress was made in Madrid”.

As lead negotiator for the host nation, Young has a key role in brokering a compromise. “We will do everything that we can to bring parties together to enable and facilitate those conversations using our full diplomatic network,” he said.

“But achieving that deal is not simply the responsibility of the UK as an incoming presidency. It’s the responsibility of all the parties that hold strong views on the issue to work together to understand each other’s positions, find compromises, and identify where the right resolution lies.”

Young said ambitious commitments made by a growing number of countries to cut their emissions to net zero were made possible by progress in the multilateral system that underpins the climate discussions.

“The negotiations are not an end in themselves, they’re an end to encouraging greater international ambition,” he said.

As nations continue to scramble to respond to the health emergency and resulting economic downturn, Covid-19 has hit governments and their climate negotiations teams. In the UK, “we had people in the team really hit hard by Covid and I know everybody has,” Young said.

“Reordering a multilateral process in this way is unprecedented,” he added.

To work towards resolutions in the negotiations on carbon markets and a number of other issues, the Cop26 team is raising the matters in bilateral meetings and multilateral events, Young said.

“The approach is one that very much gives the time and space to resolving the negotiations issues but also has to be part of a broader diplomatic [strategy],” said Young, to enable countries to “feel emboldened to make greater progress on climate action”.

Starting on 23 November, UN Climate Change in collaboration with the UK and Chile are organising a fortnight of online climate events to “maintain momentum in the intergovernmental climate change process”.

Known as the climate dialogues, they include technical events and workshops which were mandated to take place in 2020 — the equivalent of seven days of full time negotiations, Marianne Karlsen, Norwegian chair of UN Climate Change’s implementation body, told Climate Home.

Participants will also take stock of progress made despite the pandemic and continue discussions on key negotiations issues such as carbon markets, adaptation and finance.

Through two sets of informal consultations, which are not negotiations, diplomats will be able to exchange views and learn about other countries’ positions in a more relaxed setting.

Heads of delegations and coordinators of regional groups will be able to exchange their views before a second set of more technical meetings to drill down into ensuring carbon trading enables real and additional emissions cuts.

“I am sure that [these meetings] will be useful for a build-up of better understanding among parties on where solutions to unresolved issues can be found,” Mpanu Mpanu told Climate Home in an email.

Learning from previous virtual events held by UN Climate Change earlier this year, countries urged the secretariat to ensure this virtual catch-up session did not turn into an online negotiation and that transparency, balance and inclusivity were respected.

“This is uncharted territory,” Karlsen said. “The workload to 2021 is quite substantial. We will have to work to our best ability in the current circumstances.”

The dialogues will take place through a new online tool designed to make discussions as “interactive as possible,” she said, adding work had been done to ensure gender and geographical balance for every event. Some translation will be made and a number of events have been scheduled to accommodate negotiators in the Pacific region, whose working hours are directly opposite to Europe’s.

Despite the uncertainty around the health crisis, Young hopes a series of events on finance and climate ambition scheduled from November to the end of the year and a global summit on adaptation early next year will help propel momentum to “the next level” into 2021.

Preparations are still being made for climate talks to take place in person next year. Despite growing willingness to take climate work online, a majority of countries oppose formal negotiations to take place in a virtual setting, citing inclusivity and connectivity concerns.

Countries have agreed to review the situation as it evolves in consultation with the UN Climate Change bureau, which represents all parties in the climate talks.

“We recognise that there are constraints on virtual working but equally we cannot sit on our hands – we need to take advantage of the tools that are at our disposal. Who knows what next year holds,” Young said.